BreezeUAV is an autopilot running on Arduino Mega 2560 which allow the user to do some automatic missions or to fly in "semi-automatic" mode with a Joystick. In fact, instead of controlling the surface controls of the airplane, the joystick define the euler angles desired. Then the autopilot, using PID controllers, stabilize the UAV.

I first decide to implement the whole system on a Yak 54 which is a 3D airplane. Of course it's not a trainer or a beginner airplane, but it's really powerful and it's not influenced so much by wind.

I also developed a ground station in Java Eclipse RCP 4 which allow the user to track the airplane, save the data and replay them latter. 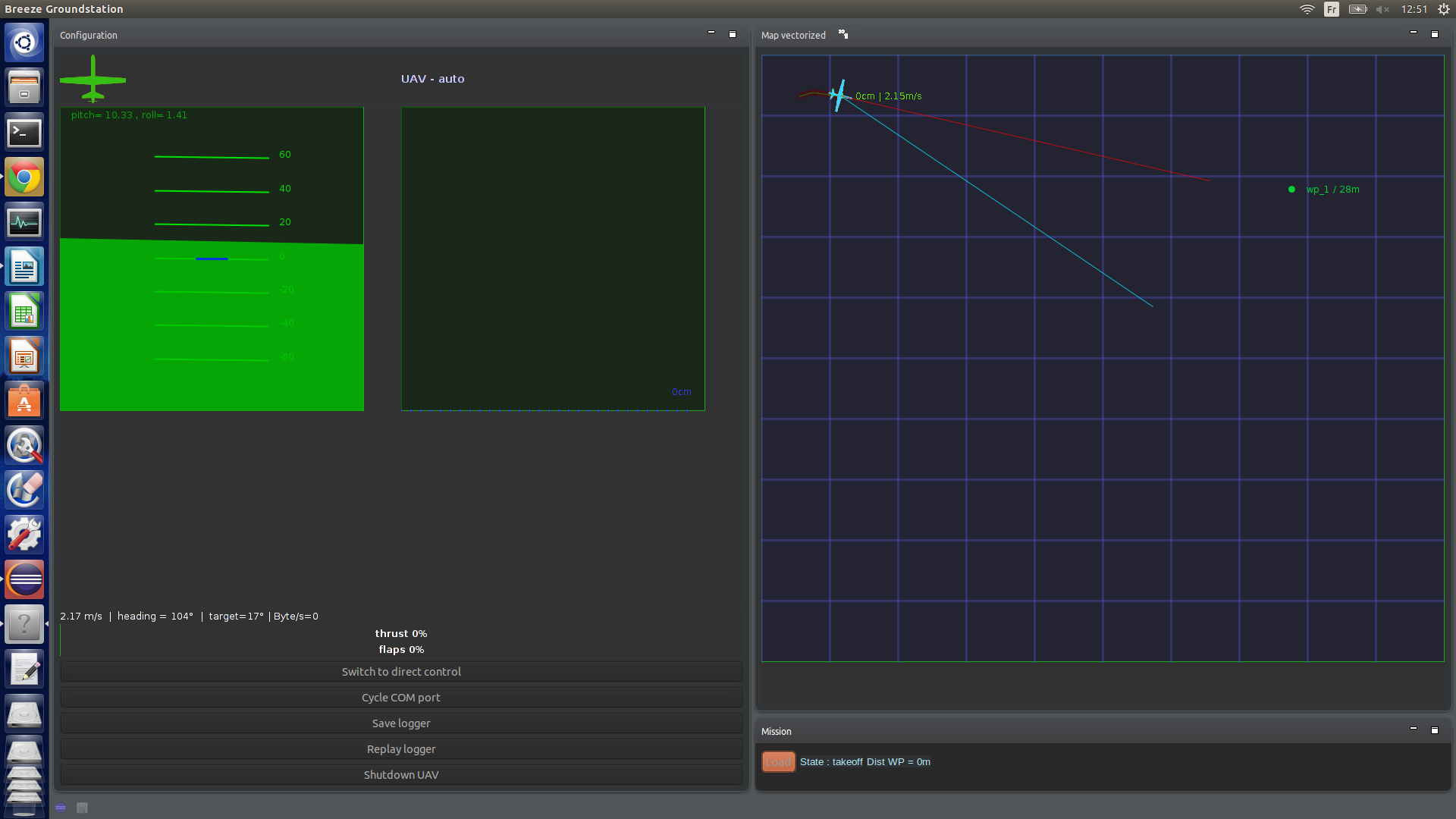 After weeks of ground testing, I enjoyed yesterday a bit of a flight. But because I used Xbee Pro without antenna, I lost control of the airplane few hundreds meters away. Hopefully I just received a new pair of xbee pro 868 Mhz with 2.5dB antenna which I will be able to test soon.

I decided to start from scratch at the beginning just because I enjoy so much programming in C/C++, but some parts of the code are directly inspired by ArduPilot. I hope in the future that I will design my own aircraft inspired by the Penguin (uavfactory.com) project and implement some on-board image computing.

I hope you will enjoy and follow my project :