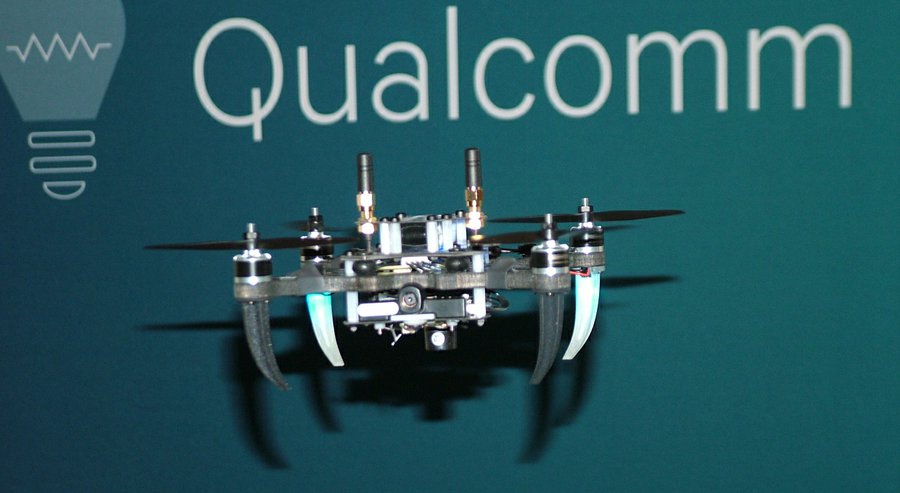 Big news from Dronecode, where Qualcomm, whose Snapdragon Flight board was the hit of CES, has moved up to become a Platinum member. Also another 27 companies have joined.

With investments from more than 50 member organizations, Dronecode has nearly tripled membership since its formation. One of the founding members, Qualcomm Technologies, Inc., a subsidiary of Qualcomm Incorporated, has increased its investment to the platinum level as it introduces new products for the UAV ecosystem. Qualcomm Technologies, Inc. recently launched Qualcomm® Snapdragon Flight™, a highly integrated 58x40mm board targeted specifically for consumer drones and robotics applications. Snapdragon Flight is based on a Qualcomm® Snapdragon™ 801 processor, along with Dronecode PX4 open source UAV software and robust connectivity, bringing cutting-edge mobile technologies to create a new class of consumer drones.

The highest growth rate for drones or UAVs is commercial opportunities across applications in areas such as agriculture, energy, utilities, mining, construction and more (BI Intelligence’s “Drone Market Forecast 2015”). By uniting the industry around a neutral, open source platform, the Dronecode Project aims to help the drone industry overcome software and hardware barriers to accelerate drone adoption for these critical applications.

The Dronecode Project is also forming three technical working groups to ensure better standardization and interoperability in the areas of camera and gimbal controls; airspace management; and hardware/software interfaces. Details include:

“From increasing member investments to a growing, vibrant developer community, the Dronecode Project’s first year has been extremely exciting,” said Chris Anderson, Dronecode Board of Directors chairman. “By bringing efforts together to establish a common platform and utilizing open source best practices, we're able to build the foundation for a new era of drone applications that extend from the camera to the cloud. The Dronecode "full-stack" platform approach, combined with the hardware and software innovations of its members, will bring about a new generation of drones that are autonomous, aware of their environments, and continuously connected -- an airborne Internet of Things."

The Dronecode Project is a Linux Foundation Collaborative Project. Founded in 2000, The Linux Foundation today provides tools, training and events to scale any open source project, which together deliver an economic impact not achievable by any one company. More information can be found atwww.linuxfoundation.org.