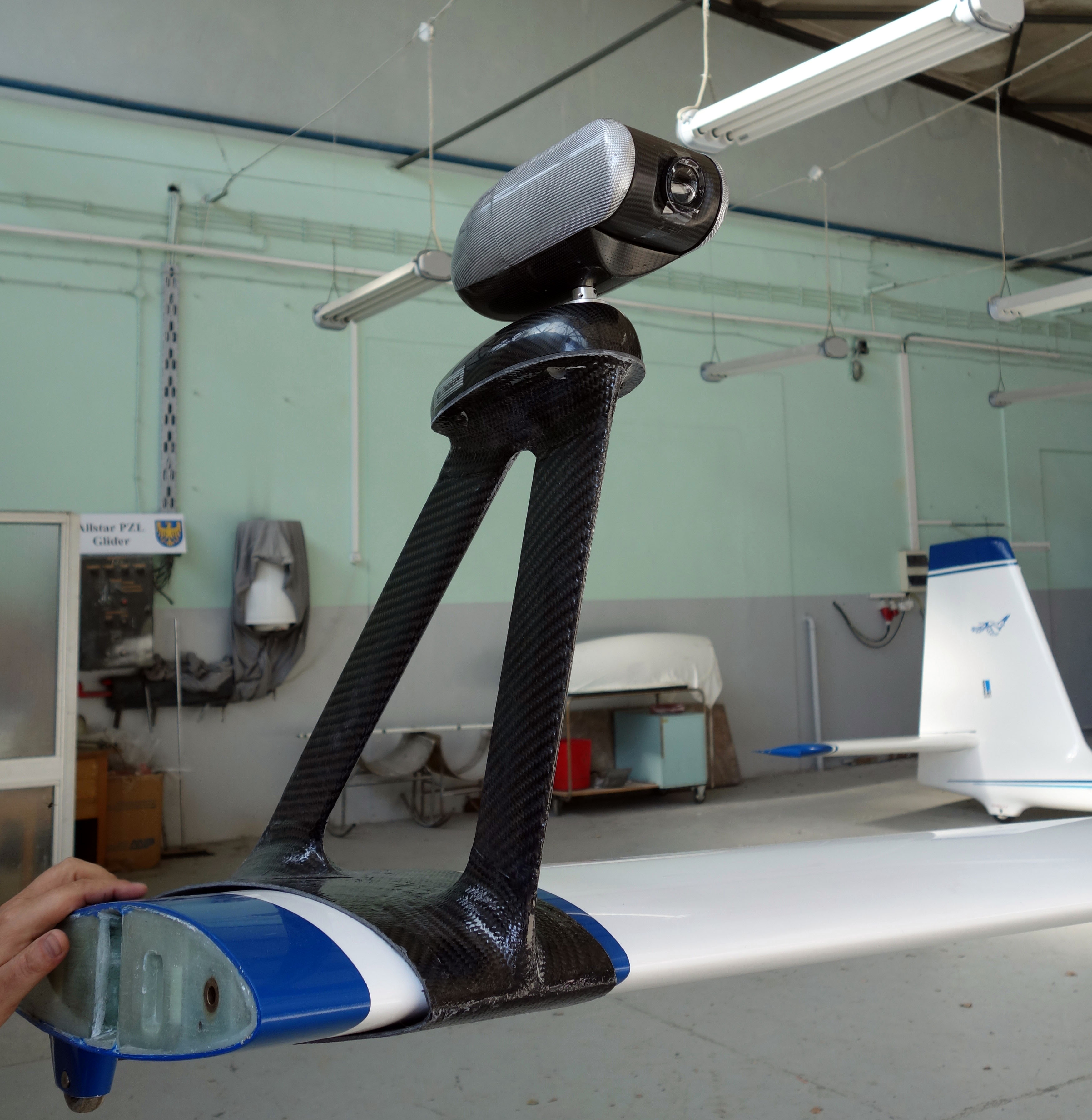 Are the gimbals limited to drones, handy or those that are close to the ground? I would say no.

This topic, which now I briefly describe, took me about two Months. The most important thing is that our glider pilot Sebastian Kawa, a multiple world champion in gliding, yesterday went with a Team to the Himalayas Mountains to make the world's first glider flight over Mount Everest. The glider has its own drive rotary engine for stand-alone start to a ceiling of 2000 m. The rest of the height he will have to reach by sail and thermal climbing. Project was prepared for couple years, they had a lack of proper camera stabilization, which I’ve designed and handmade. This Gimbal is designed for gliders and difficult high mountains environments:

After analyzing all the factors that prevail during the flight at an altitude of about 8000 m reached new criteria:

3 Aerodynamics gimbal adapted to such speed

4 Battery disabilities and their resistance to low temperatures

And many others result from the above.

Whole devices and GoPro are charged from the main LiJon battery located in the device. There was no question of pulling cables, so everything acts autonomously.

The first tests in the air we did at the beginning of October, we found that Yaw power was too small. After increasing motors power, we could operate with gimbal at 120km/h, after next tests and appending additional gear we reached 150km/h with full operational it’s 20km/h more than average cruise speed.

Batteries, I found LiJon currently working at temperatures from -60 to +60 , 4000mAh . To simplify the process of charging I put protection against overcharge and discharge for each cells below targets. This is not a balancer, but enough not to damage the battery during a long flight when the batteries become depleted below a critical voltage.

All electronic controller components were chosen at a range up to +/-50C . Powered by Yaw I’ve set higher power to treat the coil of the Yaw motor it as a heater. The stabilization temperature lacked the time, but I think that's enough.

All of the structures are made from CF to reduce weight with maximum strength.

Here is a short video of the flight test. Keep your fingers crossed for flight over the Himalayas our most known glider world champion.