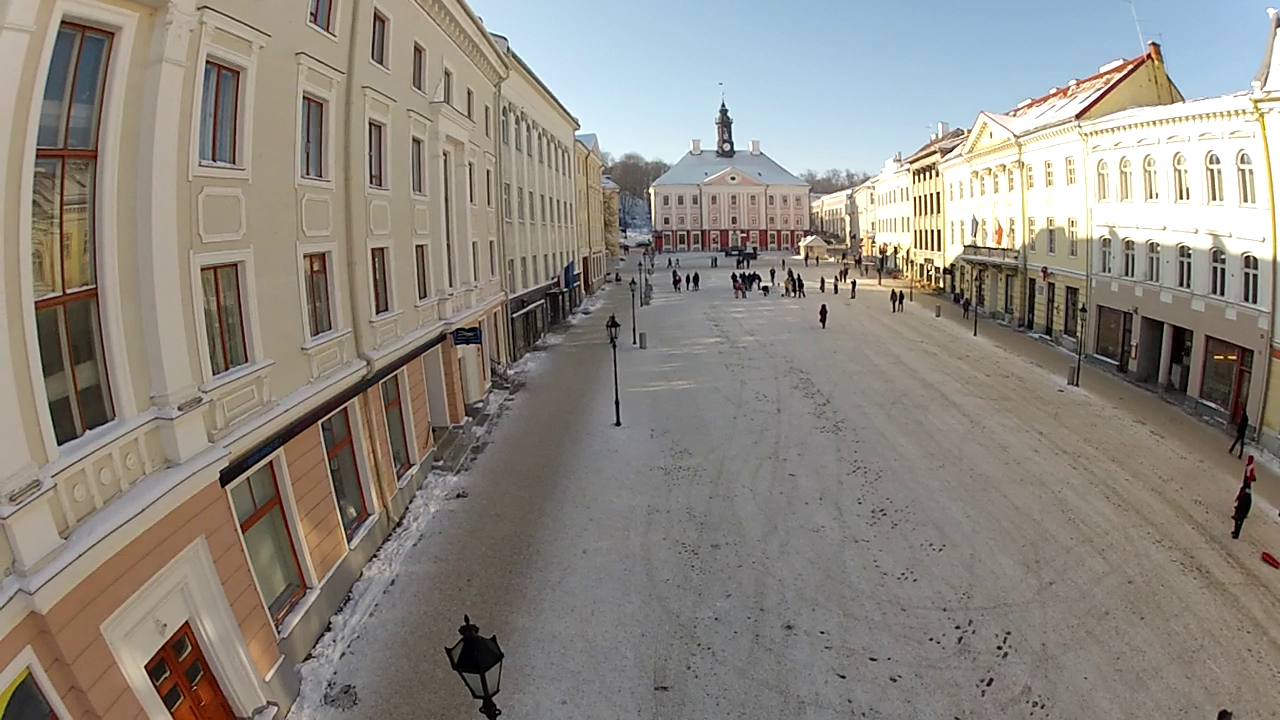 I have been invited to do video broadcasting from anti-ACTA demonstration that happened on 11th February in Tartu, Estonia - one of many protests of this kind that took place in Europe this saturday. Of course, I took hexa (arducopter based) with me - idea was to make some photos from above, if that would be possible..

Friday evening however I decided that actually I can "spice it up" a bit...

On saturday it was really cold - I'd say about -15C degrees.. Event was planned to start at 1pm, so at noon there was nobody on site (above) then it started, and it looked something like that: So, you ask where's the "spice"? Spice was that video from flying hexa was streamed directly to the web, and people around the world could see the video, and I personally think that this is very very cool :)

People were incredibly friendly - when asked by organizers to "make some jumping for the copter" they all started jumping (I will make some video a bit later, there are some cool shots in it..) :) Of course I know that people love our hobby, but so many people at the same time.. It's great feeling to get so much positive feedback :)

p.s. Yes I know, it wasn't safest thing in the world to do. Yes I know, many will consider it dangerous and irresponsible. But sometimes you just disregard rules and do something insane.. I wasn't "over the heads" for too long, most of the time behind the stage (you can see it on last screenshot), but ... - yes, I know... But it was special day and I took that risk, that's the only excuse.

p.p.s. Now it came out that someone thought there have been a "military" drone, conspiracy and stuff, and even tweeted about it.. But actually it's just a little hexa running arducopter :) Someone, let the guy know he's wrong :)