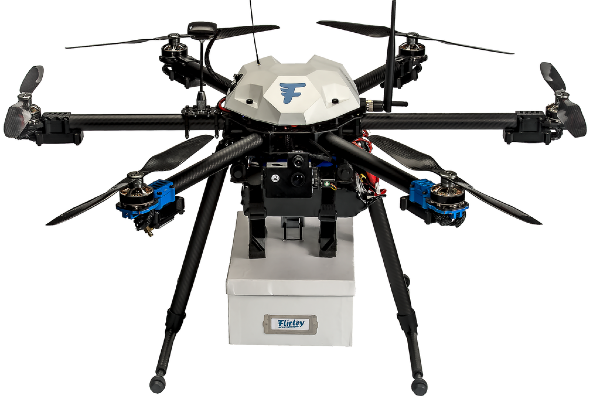 Congratulations to Flirtey, whose Pixhawk-powered copter has been approved by the FAA for the first US drone deliver trials. From Dronelife:

July 17 will be a day of victory to the countless amounts of people who have been fighting for looser regulations on drone usage. For the first time, a drone with a seal of approval from the FAA will deliver pharmaceuticals to a free medical clinic in West Virginia. This project is a collaboration between NASA, Virginia Tech, and Flirtey. The fixed-wing air vehicle was built at NASA Langley and its multi-rotor delivery drones were manufactured by Flirtey.

Organizers of the event hope to showcase how drones can be used for positive events rather than be used for malicious purposes or by those who solely fly them for entertainment. The purpose of these drones will be to bring medication to underserved areas of the community.

According to Matt Sweeny, CEO of Flirtey, “Proving that unmanned aircraft can deliver life-saving medicines is an important step toward a future where unmanned aircraft make routine autonomous deliveries of your every day purchases.”

Primarily made of aluminum and fiber, the hexacopter also has dome 3d printed materials on it. The aircraft has the ability to fly over 10 miles from its starting point and can drop cargo off via a tethered line. It also has safety features that warn users about low battery or loss of GPS signal. In such cases, it will automatically return to its home base.

This July 17, the drone will drop off as many as 24 packages of medication that will weigh about 10 pounds. Just like this drone is being used to serve a good purpose, many drone supporters believe that it is a glimpse of what we will see in the future; more relax regulations of drone usage, allowing people to receive other items at their doorstep.