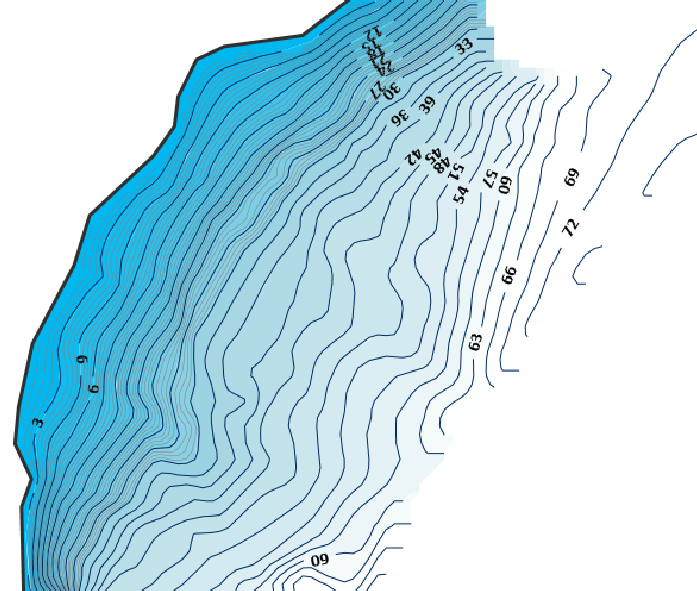 As an angler, I like to know the depths before I get there and run something more or less expensive in the bottom of the lake. Some newer chart plotter/fish finders units have a tracking software, which not only records the depth, but from some manufacturers also records the different kind of bottom structure (hard - rock, soft - mud and everything in between).

Ok, cool enough, a few friends and me have Lowrance chart plotters/fish finders. And with the Reefmaster software (www.reefmaster.com.au), we are able to make depth charts for our lakes, which can either be exported for our chart plotters, make a google earth output, 3d image, or just to be used as an image.

But… some free time, and google and I found three projects that was "perfect" for me.

Three cool projects, and all of them ended up with what I wanted, a boat, that while I was fishing, sailed around gathering depth data.

After reading about this project, and thinking a bit, about what I wanted, I ended up wanting a catamaran, mostly because a single hull boat would be more affected by waves from both the side. Various bait boats have been using a two-engine setup, without a rudder.

In addition, I would like to try to keep the price as low as possible.

For batteries I am going to use, 12V sealed lead batteries. At least one in each hull.

Prop shaft, propellers and couplings are purchased, from a boat RC shop.

My first plan was to use a 200mm pvc pipe, with a 45 degree bend as a bow, but after looking in a few stores for 200mm pipe, and only finding the 110mm I decided to build a hull with fiberglass.

Which is where the projects is today.

I have to admit that I have not a clue about the DELFTship software that Geir and Burkhard used to design the hull, I downloaded the free version, but, well, I could not figure it out fast enough.

Both of them made nice moldings for the hull, I guess I could have put some more work into my hull, but as a test setup, or proof of concept I guess it is good enough.

I ended up with the quick and dirty version, kind of like the toy boats we made with throwaway lumber. 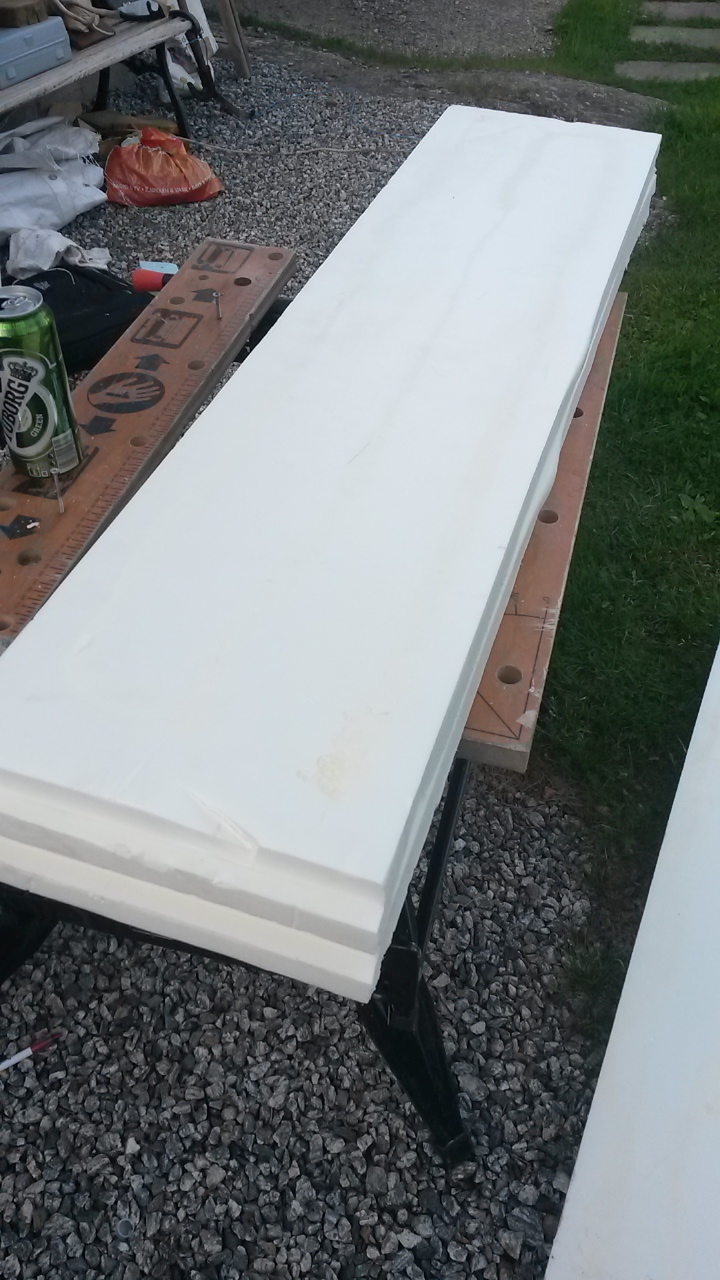 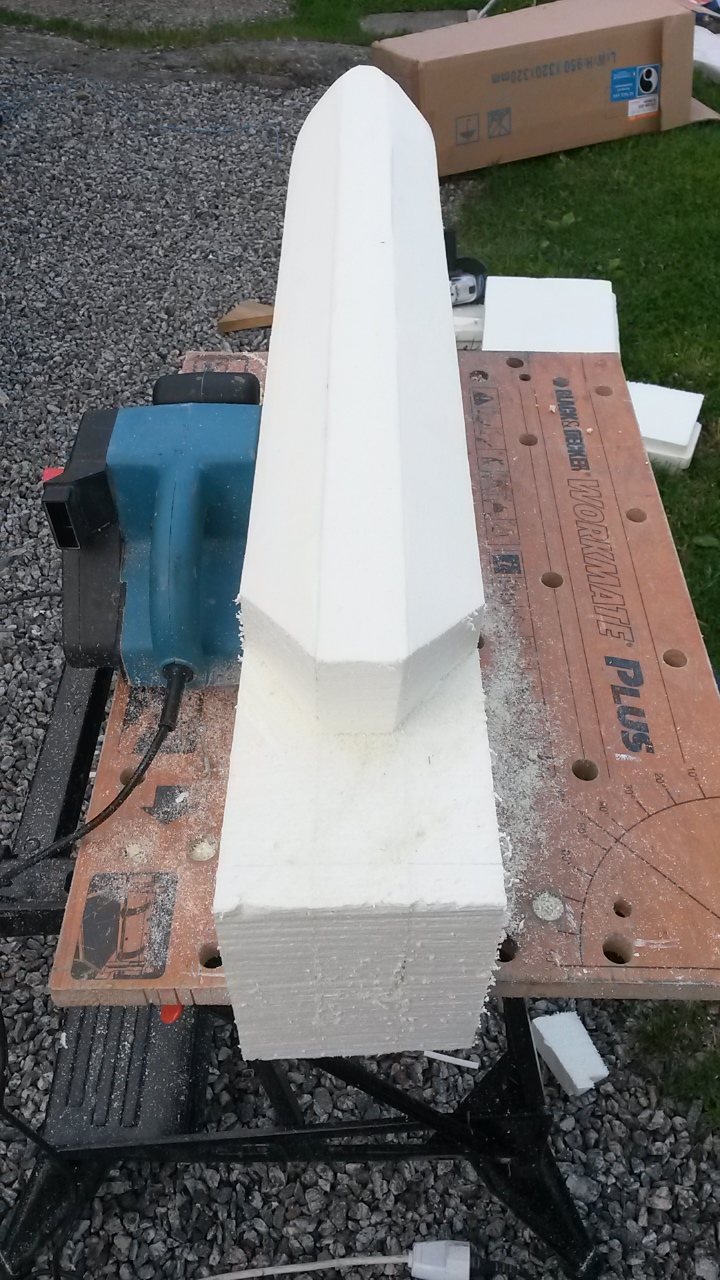 Sawing and grinding it to... ...some sort of a mold. Glued to the last piece of styrofoam . 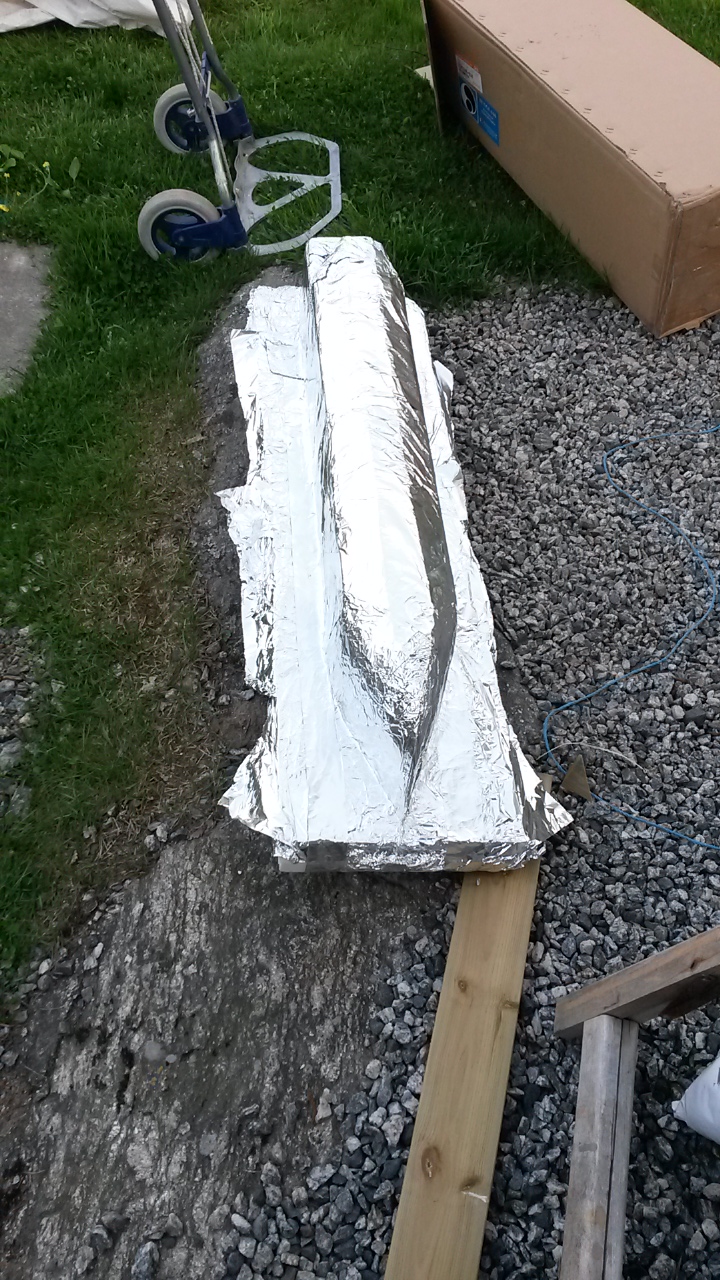 A few layers of aluminum foil... ... and covered with fiberglass, waiting for it to harden.  Ok, bad picture. :(

I might have a form on my hull that is not 100% perfect, but this is version one.
The engine might, or might not be big enough
Geirs boat had a speed of around 2 km/h which seems a bit slow. Perfect speed would be around 9 km/t (5 knots) However, testing will decide a lot of stuff.

If needed:
The coupling on the engine makes it possible to swap to an engine with larger shaft.
New hull, well, It seems I have to learn DELFTship after all. Alternatively, buy something that could be converted for the purpose.

But those are for a future blog post. Most important now, is to make the second hull, and get everything in. :)

Images: Top images is part of a larger lake, where we have some information, but need more. Erik Grimsøen have used Reefmaster to produce that image. Rest of the images are taken by me, when we made the boat.