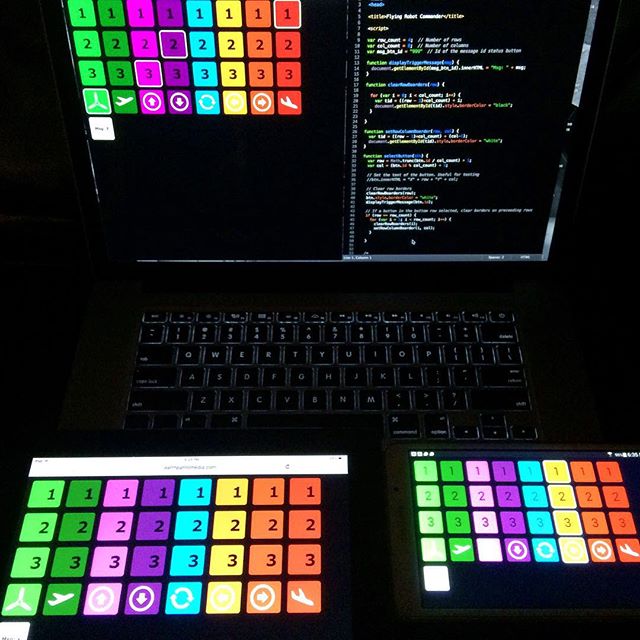 Being a product of the 1960's and a fan of science fiction films/series like Star Trek, Lost in Space, 2001: Space Odyssey, Space 1999, Silent Running, the idea of having a control surface full of multi-colored buttons seemed a natural approach for managing flying aircraft. Last week, I decided to design a web based UI that scratched that 1960's sci-fi itch, so to speak. I call it the Flying Robot Commander, with a wink and a nod to Johnny Sokko. The goal was to make a flexible web based UI that allowed for easy development of virtual control surfaces with nice big, colored buttons, sliders, etc... that easily integrate with Paparazzi UAV. Since it's delivered via a web browser, it works on any device that runs a browser(i,e. touch screens, touch devices, traditional laptops/desktops). Here's the a video of the first ever live test of the FRC(flying robot commander). Unfortunately, the rainy weather kept the first demo limited to simple arming/disarming of motors. The weather folks promise that we will be getting a few rainless days soon, so stay tuned for a follow-up video with multiple aircraft in the air under the tutelage the Flying Robot Commander. Giant robot, launch! ~HooperFly