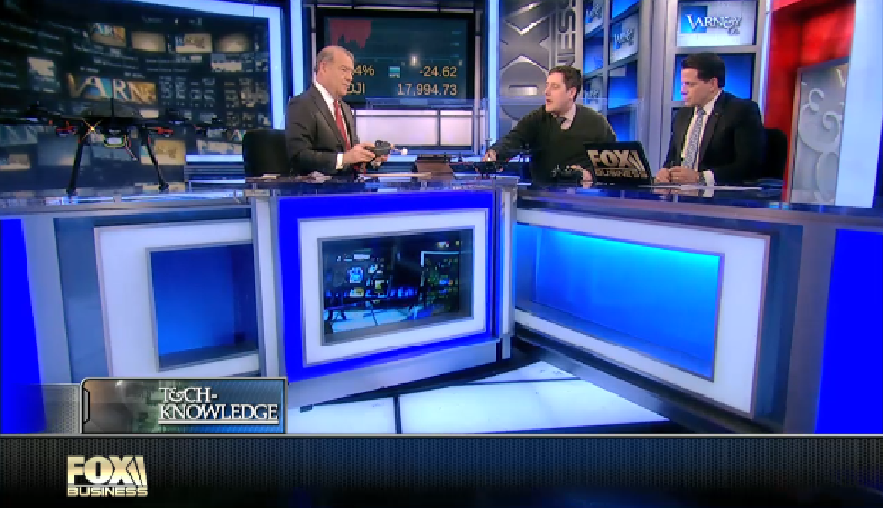 I work in TV news.  We've been doing a lot of coverage on the new FAA rules, particularly how the "line of sight" rule could impact businesses like Amazon.  Had a chance to appear on Varney & Co... the world's best business news show hosted by the brilliant Stuart Varney.  While Stuart knows quite a bit about finance and politics, tech is not his strong suit.  So I decided to put myself, and my drones on the show today to explain how flying outside of line of sight works.  First showed off a NAZA based drone with a Fatshark camera to give the audience an idea of how FPV works.  Next showed off my Pixhawk based hex, which is still in the works and has not been flown.  Had a bit of trouble arming the motors because I forgot to take it out of a GPS mode and there was no signal in the studio.

I've spent nearly 10 years behind the camera.  This is my first time in front of one.  Hope I didn't screw it up too bad!  Thanks to everyone who watches, and a special thanks to my fellow producers, our stage crew and Stuart for making this happen.