I know there are instructions for setting up a DX7 and a DX8 to get 6 modes out of channel 5, but the DX7s is a bit different from each of those other transmitters.  Here are screen shots of the 3 sets of changes you need to make to use the 2-way Gear and 3-way Flap switches to send 6 different modes down channel 5. 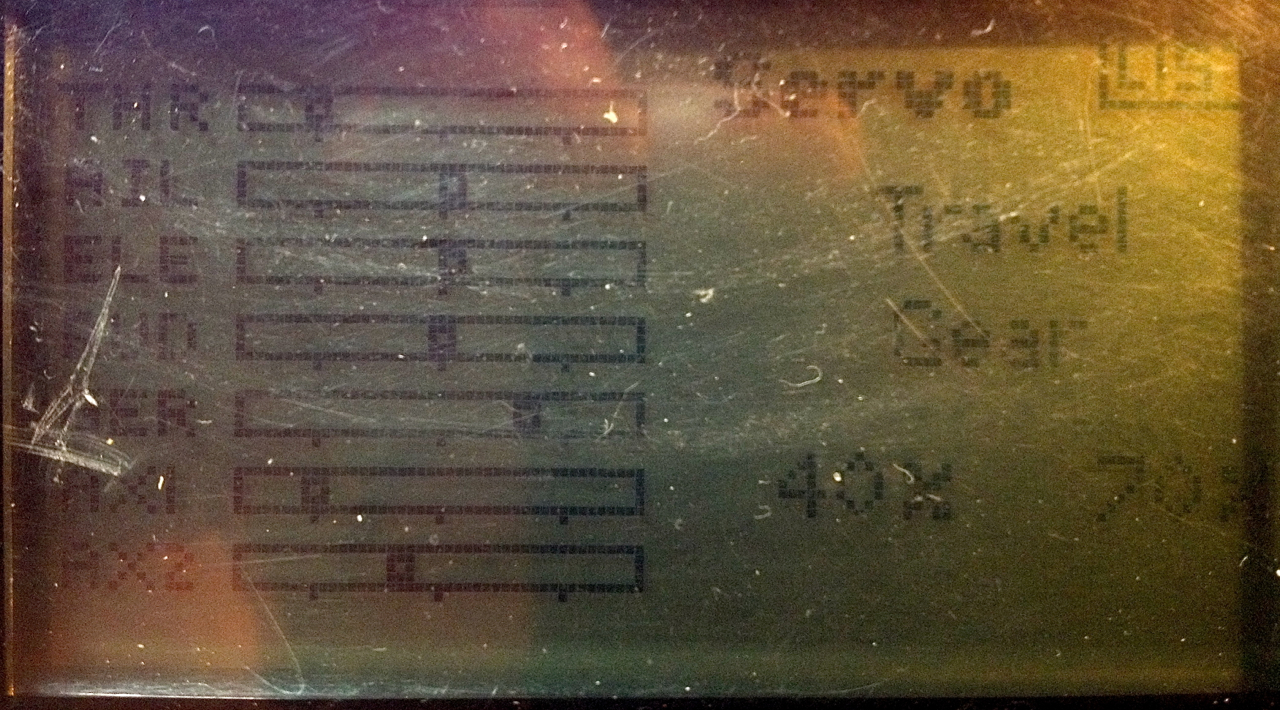 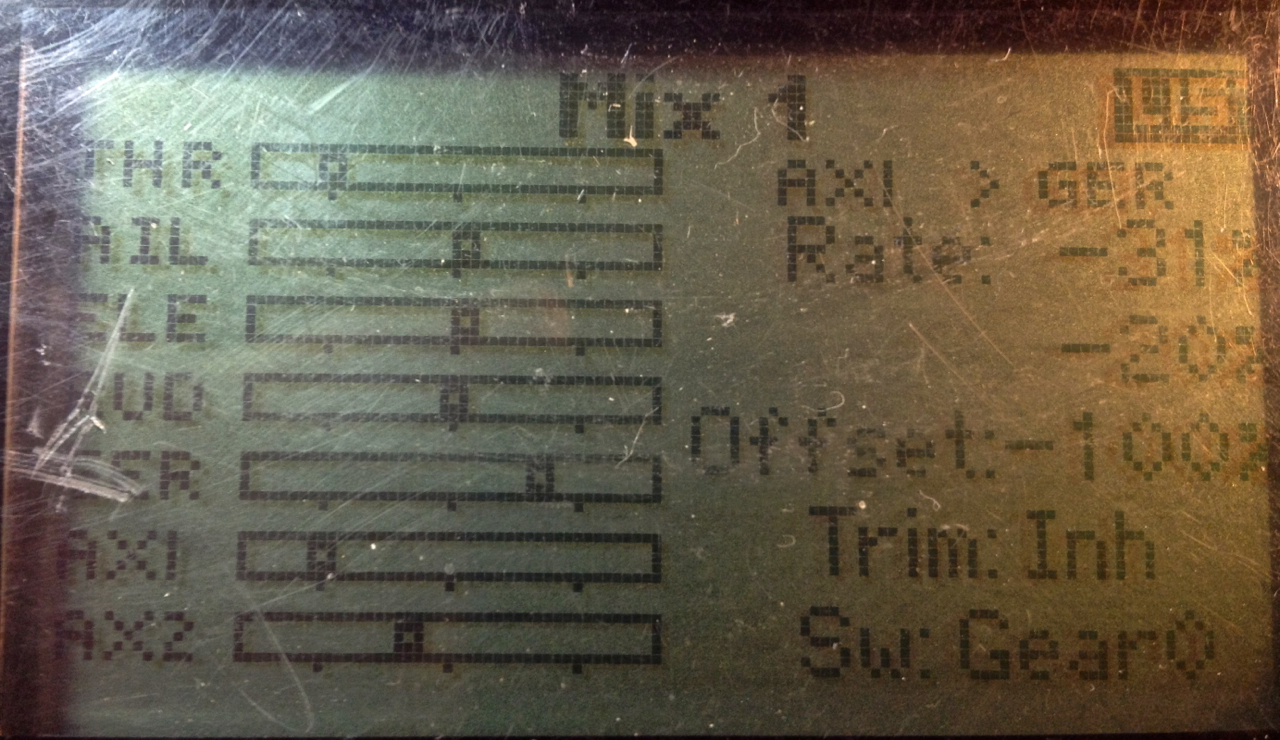 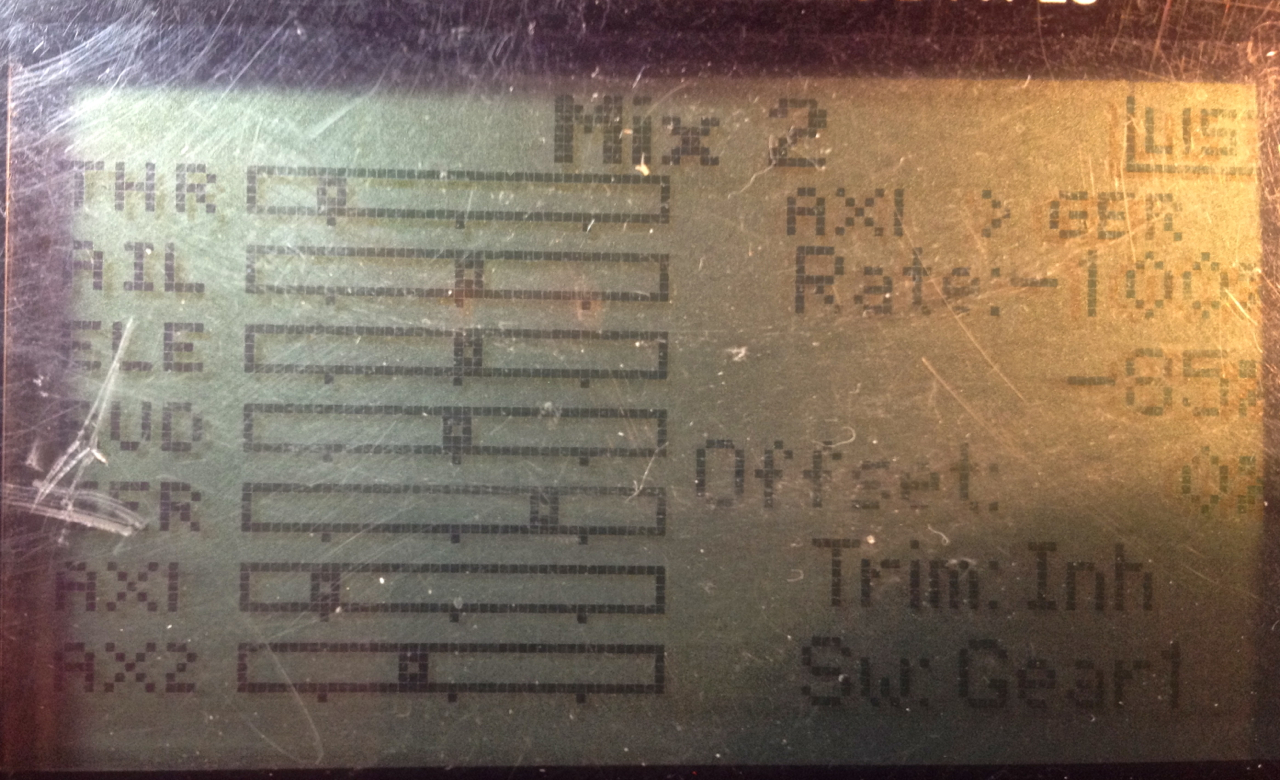 I hope those are legible, My screen is pretty scratched, and of course for the millionth time I wish the display was backlit.

Tags: dx7s
E-mail me when people leave their comments –
Follow