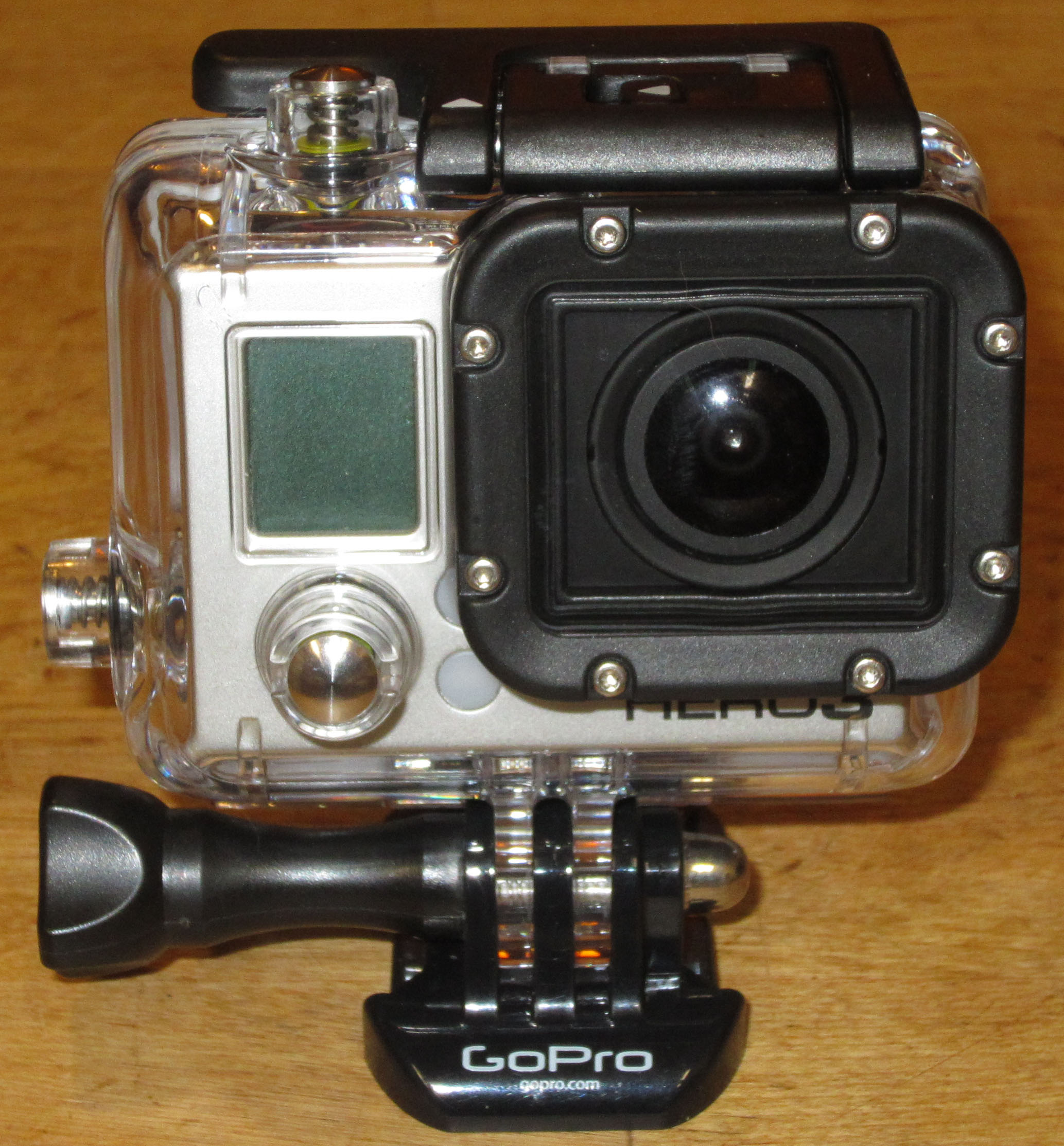 The GoPro Hero 3 is the newest series of the popular GoPro hero Camera which has already gained wide popularity for use in RC planes, helicopters and multicopters.

It is an amazing little camera with incredible video and photo capabilities and the WiFi up and down link and remote provide an excellent complement for our our RC / APM planes and copters.

It is the intention of this Blog to provide an ongoing forum for users of this camera to report their experiences and methods and for potential users to investigate the usefulness of this camera for their purposes.

Your responses can and should include what you like and don't like about this camera, specific information regarding mounting and stabilizing it and if possible pictures of your planes, copters, installations and mounts and even examples of pictures and videos acquired with this camera where practical.

Although I am going to start by reporting my early experiences with the GoPro Hero 3 Black I received on December 10th 2012.

I will add significant information from your posts to this main post as  can manage.

The GoPro Hero 3 is somewhat smaller than previous GoPro's and now incorporates the WiFi capability built in.

It is available in 3 versions, White, Silver and Black.

The Hero 3 Black is the top of the line version with better lens, faster video, lower light capability and most importantly a really wide range of video options up to and including 4K at 15fps pro quality cinema and 2.7K at 30fps which is fast enough to be useful.

In 1080P HD (up to 60 fps) mode it features wide, medium and narrow fields equating to a 3 tier zoom capability with no loss in resolution And 720P HD can be used at up to 120 fps.

The Hero 3 Black is fully capable of being useful in a professional film making role.

All the Hero 3 cameras are supplied with a ruggedized, waterproof case and the combination of case and camera are designed to be used continuously in conditions that would immediately destroy the vast majority of other cameras including many other "Sports" cameras.

The Hero 3 Black also comes standard with a separate WiFi remote that can also program the cameras various modes.

All Hero 3 cameras can also be connected to an Apple or Android tablet or phone and in addition to controlling the camera, they can provide a (limited) live preview.

There is an approximately three second lag between what the camera is "seeing" and what the phone / tablet is displaying, so definitely not for FPV use.

Worse, as of the current release of their Android App they turn off the "Live Preview" screen while actually recording video (at least on my Black).

I do very seriously hope a future App release will fix this.

While it is actually on the "Live Preview" does provide sufficient resolution and clarity to be useful even with the delay.

Even though the camera uses a typical 2 button menu set up on a tiny LCD display for a huge variety of options I found it fairly straight forward to set up as desired and the supplied remote mimicked the cameras setup methods exactly.

Because the GoPro is very small, many after market plane and copter mounts are available that will even accept it's ruggedized case and in the simplest use you can even mount one of it's supplied base plates to your plane or copter, right side up or upside down.

Pan and tilt mounts are available as are ones that incorporate yaw as well.

An inexpensive "FlameGear" mount is available for multicopters but at this time the $20.00 more expensive XP version is recommended over the one actually made for the GoPro as it has a wider landing gear and more rugged camera mounting system. A friend got the GoPro one for his DJI Flamewheel F550 Hex and thought it inadequate.

I will probably get the XP version for my DJI Flamewheel F450 Quad and will report back on it when I have had experience with it.

The APM, ArduPilot and Arducopter do provide for automatic stabilization and even automatic camera pointing with servo controlled mounts.

All this having been said, my GoPro Hero 3 Black arrived with a very serious malfunction and I am undoubtedly going to have to send it back.

Every third or fourth time I shut my camera off, the LED on the back of the camera comes on at about half brightness and the battery heats up quickly.

It will not turn back on when this happens and the only way you can get it to work again is by removing the battery and reinserting it.

Clearly something very bad is happening and the mostly shorted out Lithium battery is a very serious fire hazard aside from being really bad for the battery.

As this is from the very first real production batch of these "Blacks" I am sure this is a teething problem, but be forewarned.

You might want to wait a bit, they don't call it the "bleeding edge" for nothing.

Assuming they get it fixed and eventually get live preview to work during video recording, this little camera is a great place to start in setting yourself up for photography or videography.