We never stop debating the intelligence of sticking with a ground based autopilot.  People make money on chip autopilots.  They just need an RC transmitter & their plane.  We need a 3rd gadget, the ground based computer & have much shorter radio range. 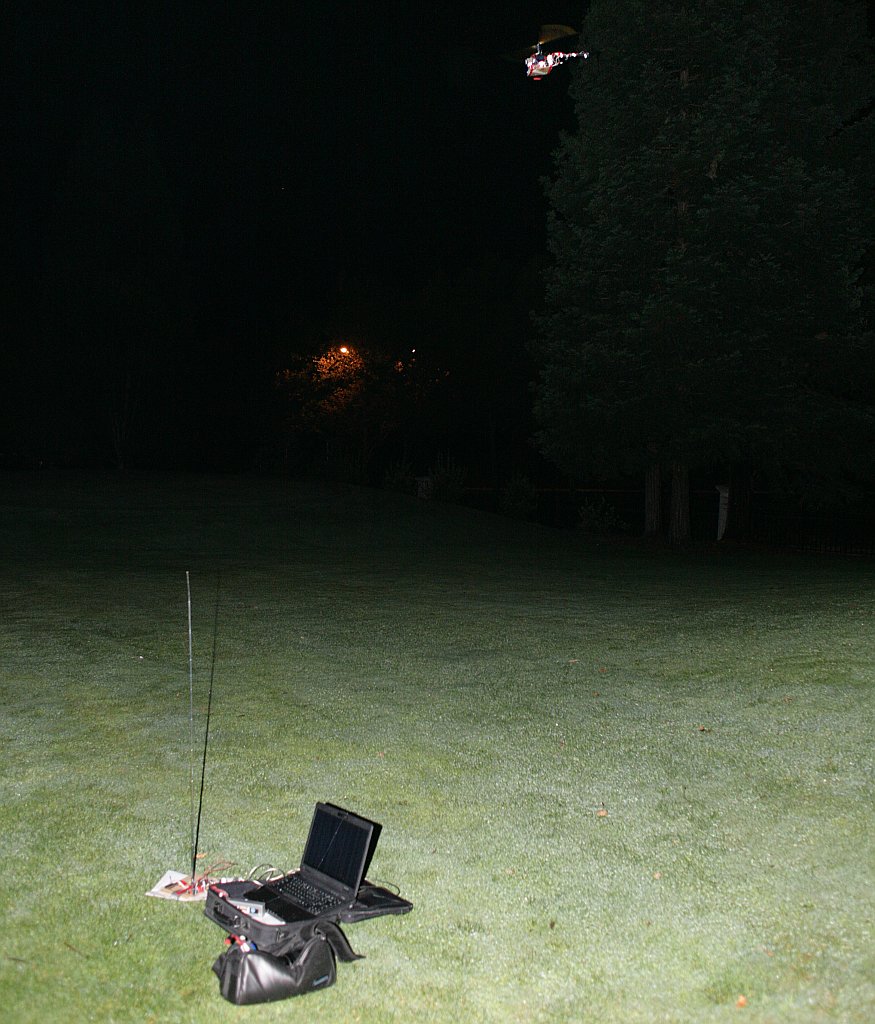 The history started in the days before ATMega/Arduino, when cheap 8 bit microcontrollers didn't have enough clockcycles to do inertial navigation.  You needed an expensive processor alongside the 8 bit microcontroller, so it might as well have been a full multitasking operating system computer.

We flew the Gumstix all the way until Sep 2008.

For a number of reasons, you might as well have the high end computer on the ground.  It's easy to convert a dual processor autopilot between ground based & aircraft based, just by placing the high end part on the ground or on the aircraft.

Now we've seen a lot of engineering go into making autopilots work on single chip, 8 bit microcontrollers.  There are a lot of tricks involved in working without protected memory & preemptive multitasking on an RTOS.

Already, the buzz has shifted back to high end computing.  For any commercial product, you need to be using a smartphone in some part of the computing to get noticed.  The ground based autopilot is a lot closer to running on a phone than the RTOS autopilot.  The successive ports to incrementally higher end microcontrollers that has consumed much of the energy of chip autopilots have all the while been heading in that direction.

We see the trend in autopilots ending up with everything running on full multitasking operating systems, whether it's phones getting cheap enough to throw in an aircraft or a single chip Linux box.  Rather than build up to it by porting to successively higher end microcontrollers, the ground based autopilot has been an easier way to fill the gap.