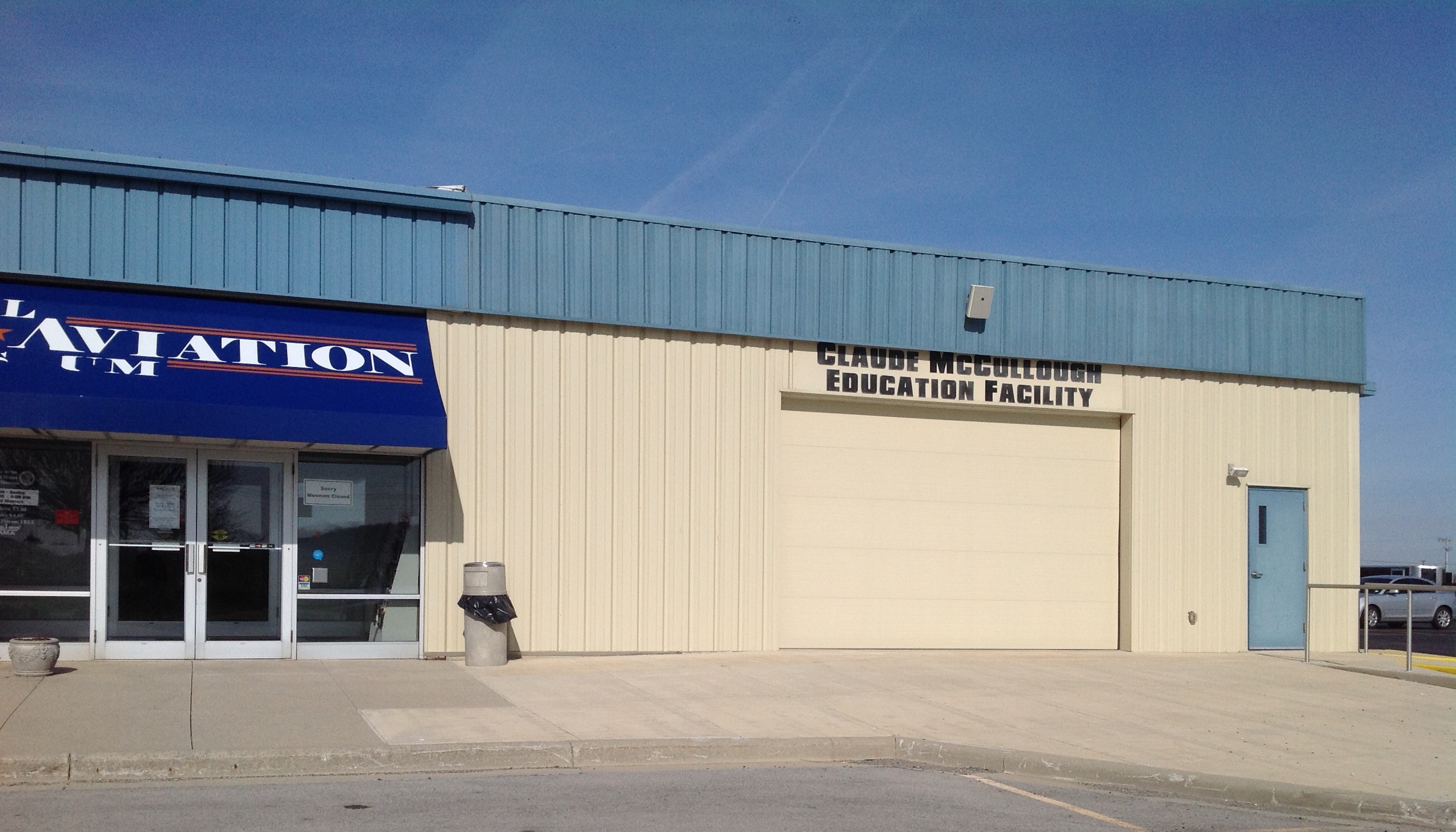 This week I visited the National Model Aviation Museum in Muncie, Indiana. If you have never been, put it on your short list of 'to-do' items - seriously. Just inside the main front door, to the right is a double set of doors, with glass windows, that lead into the Claude McCollugh Education Facility (you can see the roll door to the outside in the lead photo). Some local fellows, with their flying trailer, had just arrived before I did at the 10 AM opening time. You can see their trailer just to the right edge of the building. In the room, one fellow had a Futaba shirt on but, didn't look like a factory flyer. I nodded, smiled, and then noticed a multirotor with 'chicken legs' sitting on a far table. I thought, 'That design looks familiar.'

Other fellows were busy setting up cameras and lights for a photo shoot of the multi as well as a 600 or so size conventional heli. Being there to do research on a designer/builder from the 1960's, I didn't have time to chat them up. It was a good thing that I had to make several trips to the car to transfer all the stuff for my research.

On about the 4th trip, stepping out the front door I heard it, that characteristic buzzing that only a multi makes. It took about 5 seconds to locate it hovering over the pond in front of AMA headquarters! The edited Gmap pic below shows where it was located. 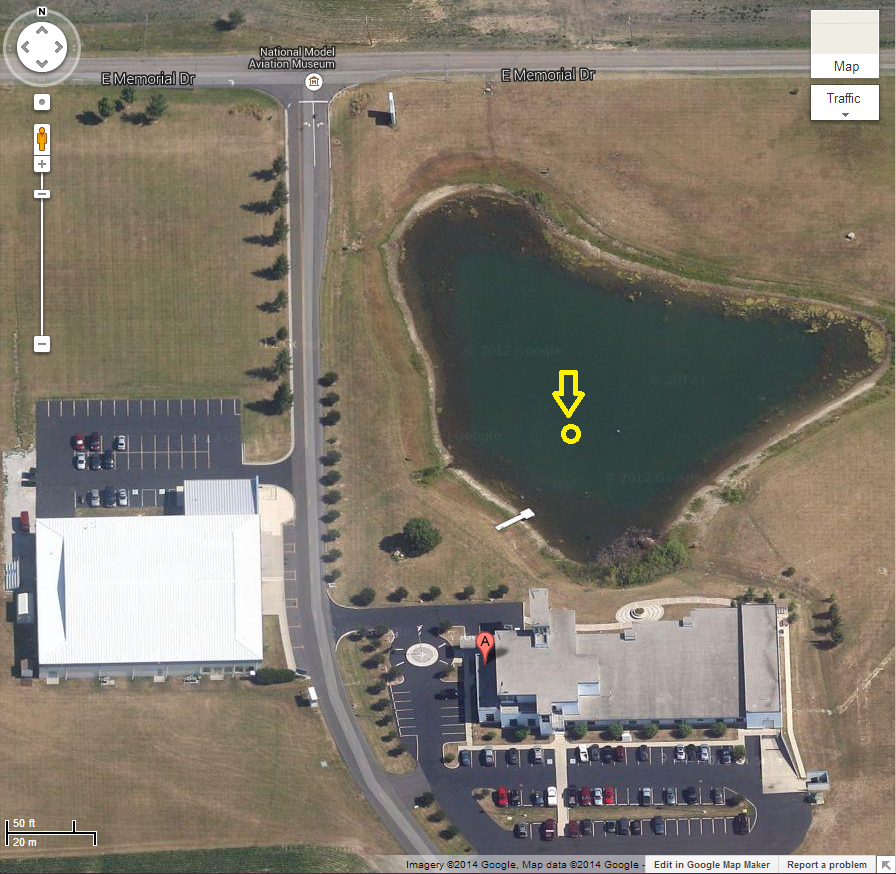 I was certain the pilot was running FPV but didn't want to interrupt the crew that was also taking pictures of the multi while it was flying. It hovered in front of HQ for a moment or two and, in spite of the the stiff breeze with bumpy gusts, held steady and then began to move up and toward the lower left of the Gmap image above. Not having time to enjoy watching it, I grabbed what I went to the car for, went back inside with a big grin, and continued my research.

An hour or so later on yet another trip to the car, I saw the multi sitting behind the trailer on a Pelican box with several folks standing around it. Now was the time to engage them. The closer I got to the multi, the more certain I was of the product.

'I saw you flying earlier, was that FPV?'

'No. It was autonomous. We are flying for a local TV station story about drones.'

(That explained the photographers and long lenses they were using while it was flying.)

My grin got even bigger on hearing that. The pilot went on to say he was running APM 2.6 with the 3DR radios. He told me he had a Pixhawk too but had not put it in an aircraft yet. I told him about my friend John Githens and his Pixhawk in his Safeflight airframe (too bad about SF) and how he is building up an XPro Heli project (I will say no more to let John tell that story). We parted after a bit more chat and the pictures you see below.

If that is not complete proof that the AMA is not against multirotors and autonomous flying, then you simply are not paying attention to what is going on in the world today. Even though the X8 was running autonomous, the pilot still had his TX in hand, ready to take over in the event something went awry.

The contrast of what I was researching and the aircraft sitting in front of me could not have been greater. This was my first trip to the NMAM, certainly not my last. The staff there are friendly and engaging. The archivist I was working with was wonderful and a credit to the museum (Thank you SO MUCH Jackie!).

How was I to know that the technology of today would be present when researching the past?

Truly, this is a great time to be alive and an even better time to be in the hobby!