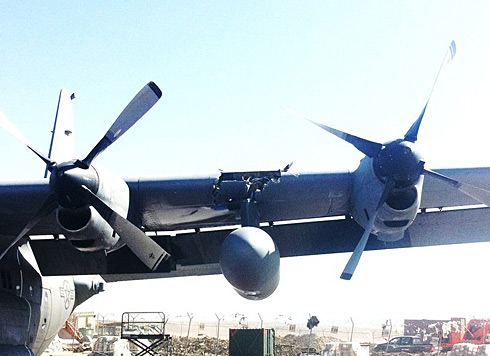 Another title might be "How long before we kill someone?".

Why such a provocative title? Well, a few days ago a fellow RC enthusiast approached me brimming with pride and sense of accomplishment. He wanted to tell me how he had flow his FPV RC airplane up to 3500 feet and in the clouds and successfully brought it back to it's launch location. I commended him on his technical achievement and his flying skills but, I was aghast and shocked by his mission. You see  I'm also an instrument rated fixed wing and helicopter pilot and I know and fly in this area all the time. The area where we live is one of the most busy and congested airspaces in the country. Even worse, I knew the field this young man was flying out of was directly under the approach path for a major international airport where airplanes are required to be at 2500' directly over that field as they approach the airport and everything from small Cessna to hugh 747's fly through that spot at approximately one per minute. As well aircraft not approaching that major airport are required to be below 2000' feet when they transition the area. Turns out that field is also immediately adjacent to a popular ATC reporting point where ATC will ask aircraft under their control to fly to and then report having reached.

Do you see the problem? If not, and you are an RC enthusiast you best get a different hobby. Especially if you fly sailplanes or FPV. It was just pure luck or the grace of God (if you are a believer) that one of those airliners traveling 250 knots (about a mile every 15 seconds) didn't collide or have a near miss with my friends aircraft! He stated he had spotters but that it was also overcast so there was NO WAY his spotters could have seen any full sized aircraft let alone his own RC aircraft. Even if they could does any one honestly believe they could get out of the way fast enough if they saw a full size aircraft burst out of the clouds at a mile every 15 seconds? If they were able to it would be much luck.

Of course this is a worst case scenario and every bit of it is true - that's what prompted me to make this blog entry. Many of you fly in far less congested airspace but the risks are still there. I've seen many videos and blog entries from guys who were so proud about their FPV flight all over some city or elsewhere at altitudes where full size aircraft fly. It's pretty rampant.

The fact is, a full size aircraft colliding with one of our RC aircraft is in for a world of hurt. Our RC aircraft are near the size and weight of birds which bring down multiple aircraft a year except that birds can make much quicker decisions to get out of the way.You see, a two pound RC aircraft hit by an aircraft doing between 80 and 250 miles per hour is going to go right through the windshield of any airplane and likely will take the head off of the pilot behind it. And if it hits a control surface it could make the aircraft unflyable or if it get's sucked into an engine, it could make the engine explode. Very high probability of serious injury or death here.

So what are the consequences? I just told what they are for pilots and airline passengers - injury or death. For RC enthusiasts even if all you do is cause an aircraft to make an emergency deviation or landing it's going to get LOTS of press and the FAA will take action. The first time this happens you can bet our friendly representatives like Feinstein and Boxer will force the FAA (if they won't do it on their own which they likely will anyway) to enact strict new laws highly restrictive to RC flying. They've already written them. Their just waiting for the ammunition that will garner enough public support where it won't matter a bit as to what we RC enthusiasts say. Then we'll likely have to get permits, licenses, etc. and be very restricted to where we can fly - if we can fly at all.

In the case where an RC enthusiasts causes a fatality or a crash. Not only will the FAA go berserk and take the previously mentioned actions but the RCer will be going to jail. Simply causing a crash will likely get you 5 years but if you cause a death that's going to be manslaughter and if they can prove that you knew the risk it'll be second degree murder. Either way you'll be going to jail for at least 25 years. If it's only manslaughter you probably will be able to get out after 10 years if you have no prior record and behave well while in prison. That's the good news.

So, the bottom line is will this happen? The answer is yes because nothing I wrote is new news and we all see blogs and forum posts from people bragging about their exploits flying high, flying over people, etc. etc. It's really just a matter of time. We'll all suffer from lost privileges but, more importantly, the victims and their families will suffer - people killed so some irresponsible person can have 20 minutes of fun with their RC aircraft. And last, some RCer will suffer more than the rest. He'll like be a smart talented individual who had a lapse of judgement thinking "It won't happen to me. I do it all the time and have never had a problem" (popular answer right? "I do it all the time and never had a problem"). All it takes is that FIRST time and it's all over.

So, you think this is unlikely to happen? You think that if it does happen that the instigator is unlikely to get prosecuted and sent to jail? Well, you should educate yourself. Every year, licensed aircraft pilots are fined tens of thousands of dollars and sent to jail for violating airspace and for causing accidents, deaths or even near misses (if negligence was found). Recently, the pilot of a Cessna 172 nearly collided with a small biz jet forcing the pilots to take evasive action where by they ultimate crashed and were killed. The Cessna pilot was flying in could without being under a flight plan and without an instrument rating. He was convicted of second degree murder and is serving 25 to life. I see no reason why an RCer who causes an equally serious accident wouldn't be treated equally.

AMA already has guidelines for us - stay under 400 feet within 3 miles of an airport which help but aren't good enough. They guy flying at 3500 feet was 5 miles from the airport so technically he was following AMA rules but he was totally ignorant of what was actually going on around and above him. The problem with the AMA rules is they were clearly drafted by people who know little about how full size aircraft actually navigate. The only thing that will help is for people flying these machines to get educated on where they are flying and to use good judgement. Problem is many will not get educated and we already know there are some who lack or have a different definition of what good judgement is. I'm definitely not an advocate of more government rules and regs so I sit torn on the matter. How do we prevent a major incident from happening in our current environment? I'm not feeling too positive about a solution that doesn't negatively impact us all and I expect there will be an incident which will compel the FAA to take harsh and restrictive action.