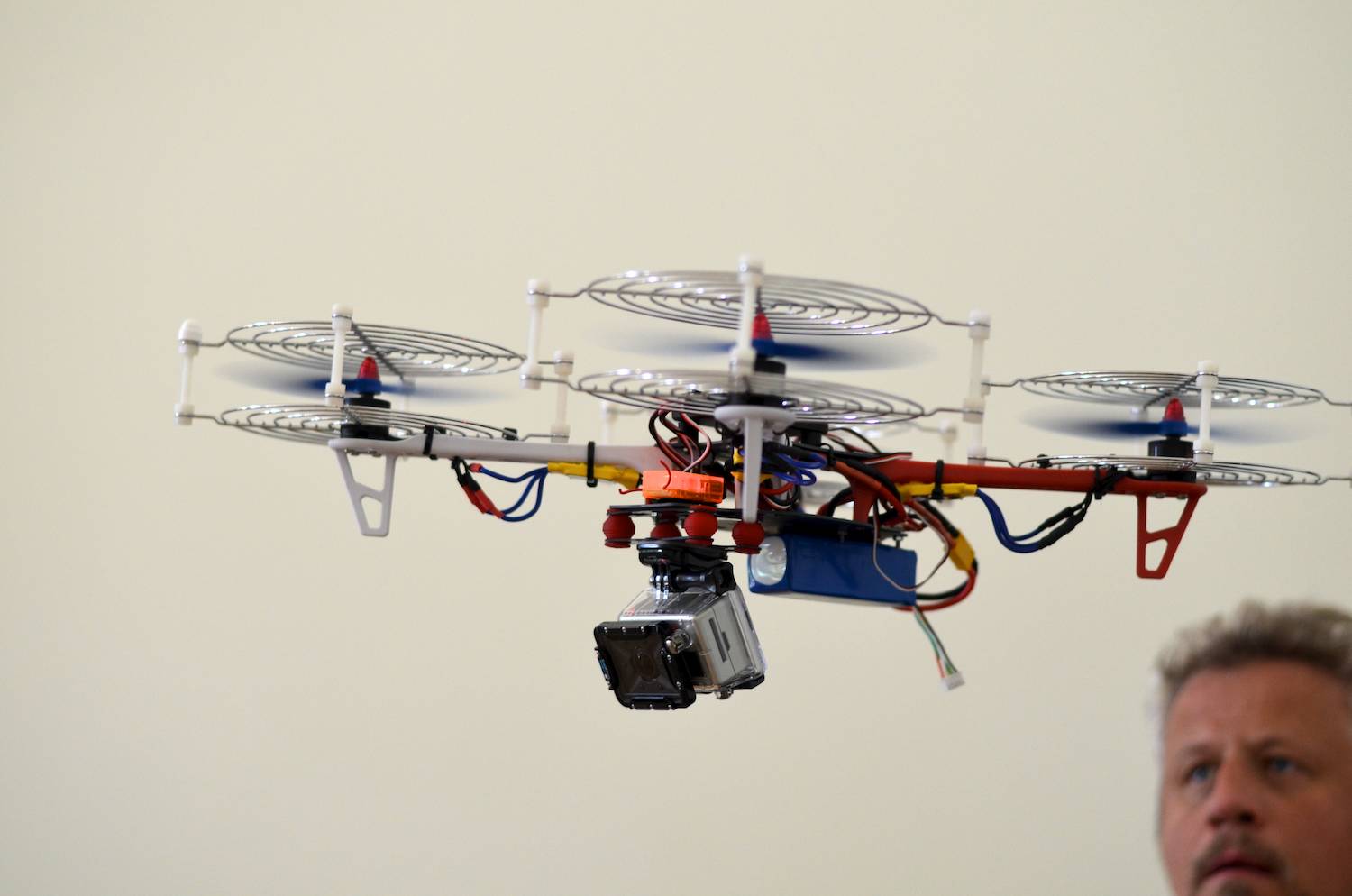 I've been messing with making a quad to carry a GoPro for indoor commercial use. I wanted one that was not necessarily 'finger safe' but 'impact safe' and after several iterations including a 'Bucket Copter' (Yep made out of kids toy buckets - Flew for 15 seconds then never stayed up again) I hit on the idea of using 8" PC Fan Guards mounted on Poly Screws to solve the issue.

I started with the super cheap frames from China. The current version has Emax MT2213 motors and 30amp ESCs. The mount for the GoPro is two Carbon Sheets and dampers with ear plugs in them. Its Rock Solid to the frame so needs smooth control but the platform is very stable in itself. APM 2.5 Board of course. LiPo 2200mah 4S 45c Battery. Props are 3 blade 6". Flight time is currently at 8mins to about 25% on the battery

My problem is that I have no fabrication or design experience but have a degree from the university of 'How Hard Can it Be?' Right now its getting pretty hard. The ESCs get pretty hot as do the motors after about 8mins. I'm pretty much tied to the 6" props because the largest Fan Guards I can find are 8". I want to go to bigger motors but am restricted to the props size and weight increase quite a lot with the Turnigy series. The other issue is that bigger motors are making the gap on the guards over 50mm and the screw system is only rigid up to that distance (broke a few)

I moulded some guards out of plastic but they were incredibly brittle and reduced airflow quite a bit. Also they weight benefit was not enough to get worried about.

So...any suggestions as to how to get this thing to have more grunt, not start smoking, have bigger props (with bigger guards) and more. I'd be grateful of any input you guys can have as I've hit a bit of a brick wall. Nothing I try at the moment improves on the current spec. Total cost of the rig was around $250 so I have a little more budget to throw at it but the aim was to come up with a viable rig I can use for work that wasn't the cost of my DSLR Octocopter.