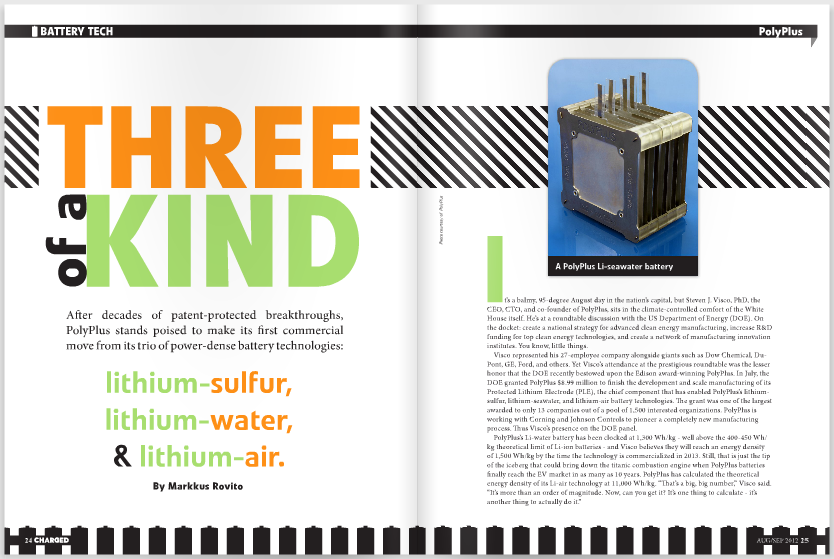 So you thought Lithium Polymer battery was good with its 150 Wh/Kg?

Polypos has only gone and done the impossible!

Let me put that into perspective:

The idea behind Lithium Air batteries is nothing new. Not having to carry half the battery around and just using the air is a great idea, especially with one of the lightest battery materials - lithium; but actually doing it - that's something else. There was always the problem of the electrodes being destroyed, however Polypos has found a way to protect the electrodes.

Wikipedia Lithium-Air Battery - if you want to know the exact chemistry and the problems!

Okay I'm hyping it up a bit much, it's going to be a long way off before we see these for sale, and at the moment they're getting no where near the theoretical 11,000 Wh/Kg - still over 1,000 Wh/Kg though! Plus I reckon PolyPos will be holding their Lithium air batteries close to heart, and it'll be the military who get's them first of course.

But look at what happened with lithium polymer batteries?

Also here's a really interesting article about these batteries.

Hope you found this interesting, and thanks for reading!