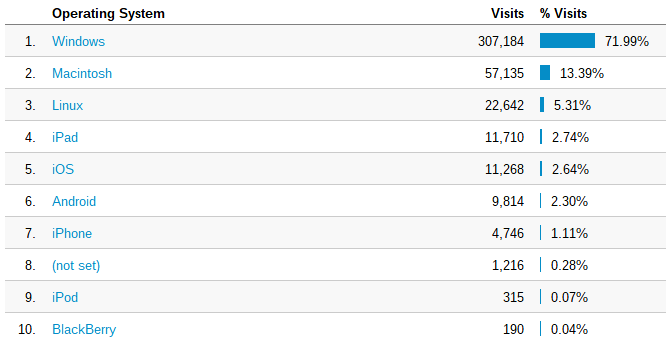 Over the five years we've been running the site, Apple OSs have been consistently rising and Linux consistently falling. Today iOS of various flavors add up to nearly 6% of total traffic of 1.4m page views/month, which brings the Apple total (mobile +  Mac) to around 20%. Five years ago, Linux was around 8%; now it's 5%. FWIW, Chrome is the most popular browser, closely followed by Firefox.