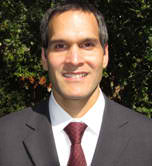 Get ready for a lot of these sort of op-eds. Here's one in the LA Times from John Villasenor, a Brookings Institute fellow, who thinks the current FAA rules on RC have got to go. Extra points for anyone who can explain the logic of the bolded sentence below:

Although reasonable people can disagree on how long it would take terrorists to build or acquire weaponized drones that can be guided by video into a target, there's really no dispute that it is a question of when and not if. The day will come when such drones are available to almost anyone who wants them badly enough.

In fact, there is ample evidence that terrorist groups have already experimented with drones. As far back as the mid-1990s — practically ancient history in drone terms — the Japanese Aum Shinrikyo sect that carried out the sarin gas attack in the Tokyo subway reportedly considered drones. So too have Al Qaeda and the Colombian insurgent group FARC.

Nations with a record of close ties to terrorists are another concern. Iran unveiled a drone in August 2010 that President Mahmoud Ahmadinejad managed to describe as an "ambassador of death" and a "message of peace and friendship" in the same sentence.

So what can we do to reduce the risk? One good place to start is the "model aircraft" provision in the new aviation law, which allows hobbyists to operate drones weighing up to 55 pounds with essentially no governmental oversight. The law allows recreational drones to be operated in accordance with "community-based" safety guidelines established by a "nationwide community-based organization." The inclusion of this language was a lobbying victory for model airplane enthusiasts. But is it really in the broader national interest?

It is not. One of the hallmarks of an effective national antiterrorism policy is consistency. The hobbyist exception is glaringly inconsistent with our overall approach to antiterrorism. By what logic, for example, do we prevent airline passengers from taking 8-ounce plastic water bottles through security checkpoints, while permitting anyone who so desires to operate a 50-pound, video-guided drone, no questions asked?

Given the realities of the world we live in, it doesn't seem unreasonable to require all civilian U.S. operators of drones capable of carrying a significant payload to obtain a license. A useful model can be found in fishing licenses, which provide an inexpensive, non-burdensome way for government agencies to know who is fishing.

A licensing program obviously wouldn't eliminate the threat of drone terrorism. After all, terrorists won't necessarily feel compelled to get a license. But the federal government has a legitimate national security interest in monitoring domestic drone use. Today, its ability to do so is inadequate. A licensing program would help plug a critical gap in the government's knowledge regarding who should — and shouldn't — be operating drones.