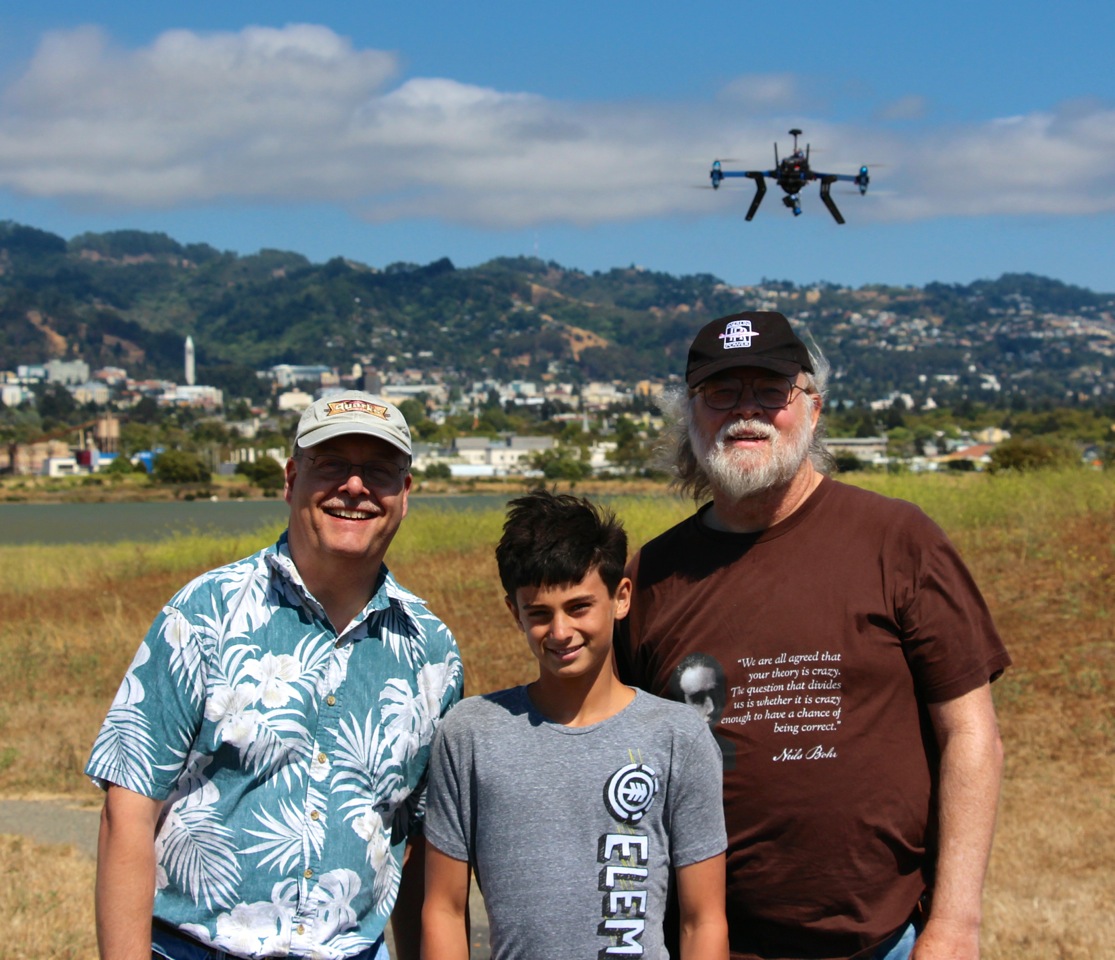 Every Friday afternoon we have an open house/fly-in at 3D Robotics Berkeley, and this Friday we were honored to be joined by famed Java creator James Gosling, who is now with Liquid Robotics. Here he is with his colleague John Weeks, and Kaden Buckley, the 13-year-old son of Jonathan Buckley (also of Liquid), who shot these pictures.

Each Friday (weather permitting), we try to demo something that's never been done before, and preview new technologies before they're announced. It's open to all, so if you want the inside track on what's coming next from 3DR, please join us for one of these. We meet at the 3DR offices (1608 4th Street, 4th Floor, Berkeley, CA) at 1:30pm.

Not only can you meet the 3DR team, but there are also always interesting people from the community there, too. For example, this week we had the Pebble smartwatch (hmm, I wonder what that's about?) and the Airdog teams (also hmm!): This week my own demo was mapping the Berkeley Marina at 65 miles per hour. Basically just an over-amped Skyfun with a GoPro pointing down and a Pixhawk doing the mapping mission, but it did the job in about 3 minutes! Autonomous copters, planes, rovers all running missions simultaneously, sometimes working together. It's great fun, and a perfect way to spend a Friday afternoon.