Another cool project on Kickstarter. This one is $149 with EEG headband.

Puzzlebox Orbit features a unique spherical design that protects helicopter blades from unintended impact with objects such as walls and ceilings, while lending a pleasantly technical aesthetic. Despite remote control helicopters in general having earned a reputation for being fragile we have been extremely pleased with the build quality and resilience of our samples. They have survived several falls and collisions over the course of development and testing without noticeable damage.

We offer two models, the first designed to be used with mobile devices such as tablets and smartphones. A NeuroSky MindWave Mobile EEG headset is required to communicate with the device over Bluetooth. Our software then extracts and visualizes your brainwaves in realtime. Command signals are issued to the Puzzlebox Orbit via an infrared adapter connected to the audio port (for compatibility with Apple's iOS). 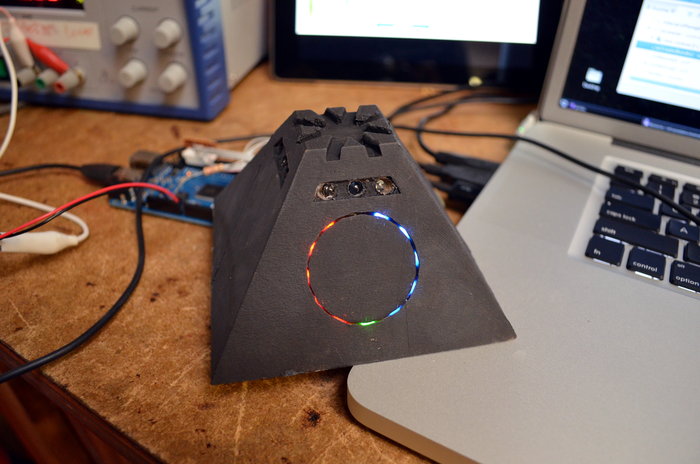 Puzzlebox Pyramid is supplied with our second, self-contained model. The Pyramid acts as a home base and remote control unit for the Orbit. It features a custom-designed, programmable micro-controller compatible with popular boards from Arduino. Twelve multi-colored LED lights are arranged according to clock positions on the face of the Pyramid and are used to indicate current levels of concentration, mental relaxation, and EEG signal quality. The lights can be customized to display different colors and patterns with distinct meanings according to preference. Lining the rim are several infrared LEDs that operate the helicopter and with software programming are capable of controlling additional IR toys and devices including televisions.

With either edition the user can select a "flight path" for the helicopter (such as "hover in place" or "fly across the room") to be carried out whenever a targetted personal mental state is detected and maintained. Third-party developers are able and encouraged to contribute new features and modes of flight control.

Puzzlebox Orbit relies on EEG hardware from NeuroSky to produce measurements of attention and meditation. Leveraging their hardware plus our proven track record with BCI has yielded a much faster and smoother time to market, empowering us to focus on building the best possible product and software. We offer rewards to backers both with and without pre-packaged headsets included. 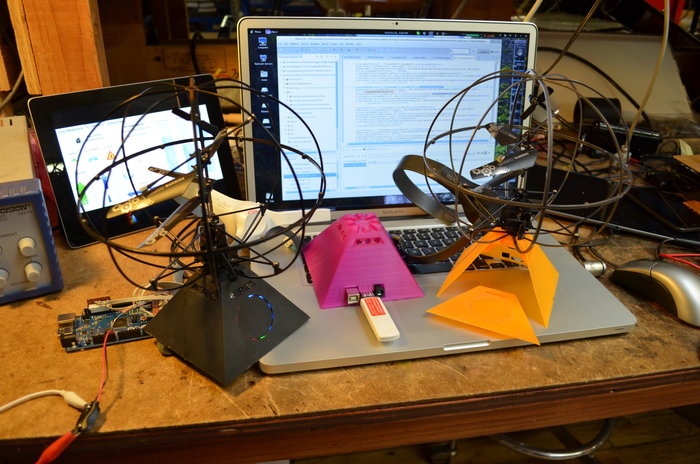