Hello everyone! In 2014 we released the 3D FPV camera The BlackBird and then I published my first post here... BlackBird isa good camera, but it had several disadvantages, such as BlackBird gave video in interlaced 3D format, and because of thisvery little video glasses can work with it.

In the middle of 2014 we began work on a new model 3D FPV camera. We have set ourselves the task to make the camerabetter, we wanted to fix all the shortcomings of previous models and to make it as easy to use...

We also thought about the size of the camera, they had to be minimal, but comfortable to use. In this task helped us GoProand plain paper. We decided to make the camera in width, same as GoPro Here are a few ideas we have laid down in the development of the new camera:

Video – we want to make the camera versatile and for this, we have provided support for various video formats:

Here's a video layout for the camera, the video shows several camera modes:

And so looked the layout of the camera :), it is with him we recorded video 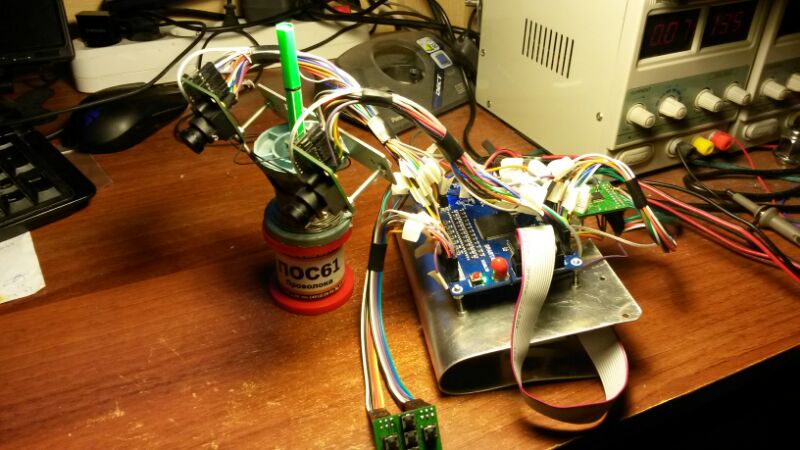 Modularity – we have provided a special connector on the front of the camera, to connect various modules, such as module video transmitter or infrared illumination

OSD – our idea is, we want that the application was as simple OSD, i.e., the OSD must be already inside the camera itself...Why use any third-party device?

Voltage – we have provided the ability to connect the camera to various power supplies from 5V to 16V, i.e. You can connectthe camera to the Li Po 2S-4S

Now the camera is at the stage of completion and we will soon announce the pre-order on it.