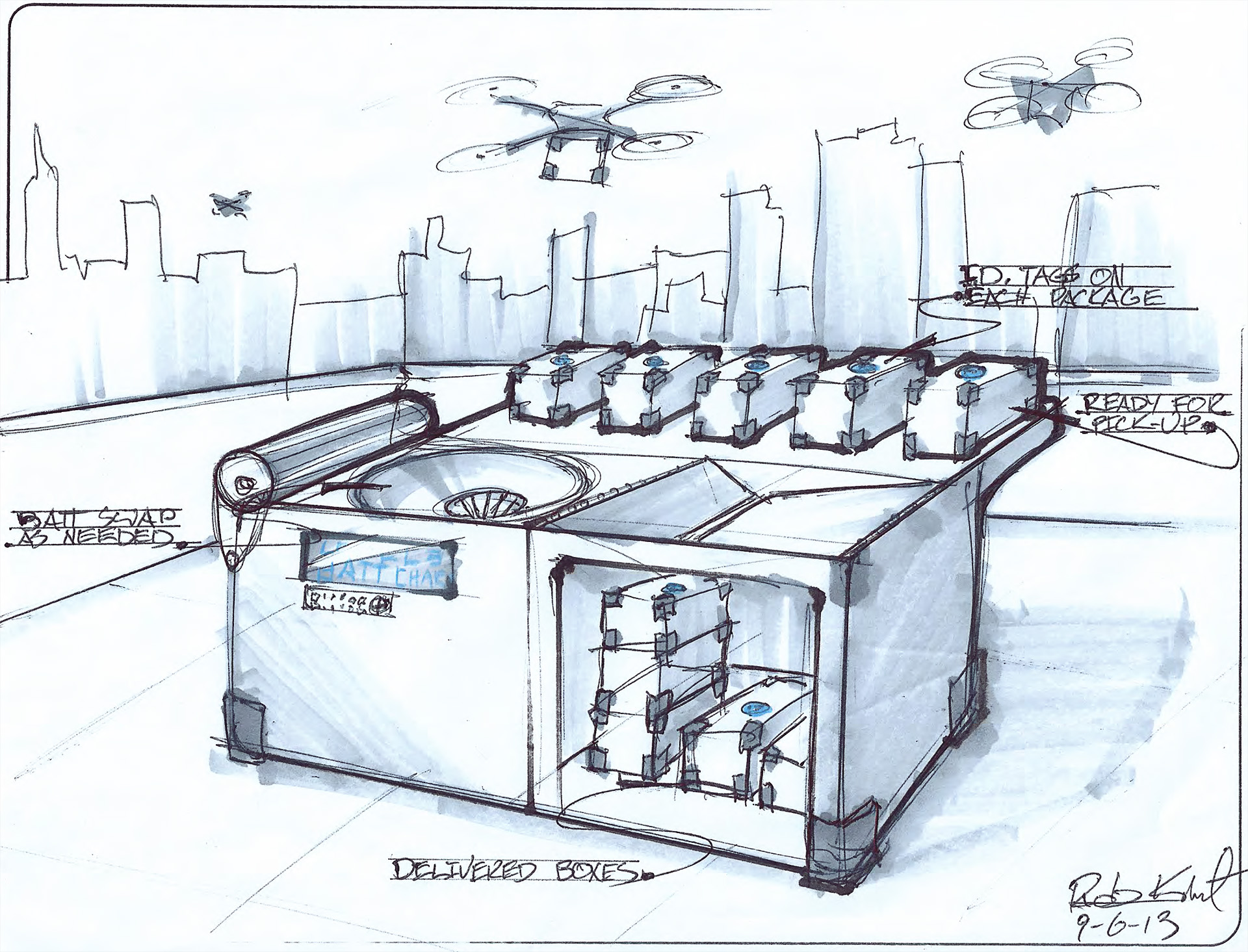 In the wake of the Amazon announcement, here's an interesting new concept from our friends at SkyCatch and others: "air highways", which are designated drone zones that would potentially allow their introduction before the FAA is comfortable with full integration into the national air space. A bit like designated autonomous car lanes on the highway, I guess:

Air Highway is a confederation of engineers, entrepreneurs and policy makers catalyzing a future where unmanned aerial vehicles (UAVs) make the lives of people and businesses easier and more efficient. We’re creating a blueprint for UAVs to integrate with day-to-day life and city infrastructure, taking into consideration the technology, regulations and economics necessary to make this feasible. We’re proposing a 10-block pilot program backed by the city of San Francisco as the first implementation of this blueprint.

We envision a circuit of aerial “roads.” We envision last mile deliveries unbound by traffic congestion. We also envision networked UAVs that smartly distribute their deliveries. But most importantly, we envision a new platform that sparks further innovation among entrepreneurs and businesses. Our goal is to make sure the sky is no longer the limit.

UAVs will navigate along aerial corridors lined by transponders to monitor the location of a vehicle at any time. UAVs will be fully automated with sensors to guide them to their destinations and automatic battery replacement.

UAVs will be powered by clean energy and reduce city traffic congestion. Operators of UAVs will be subject to business registrations and tolls in order to support the city’s maintenance of the aerial corridor infrastructure.