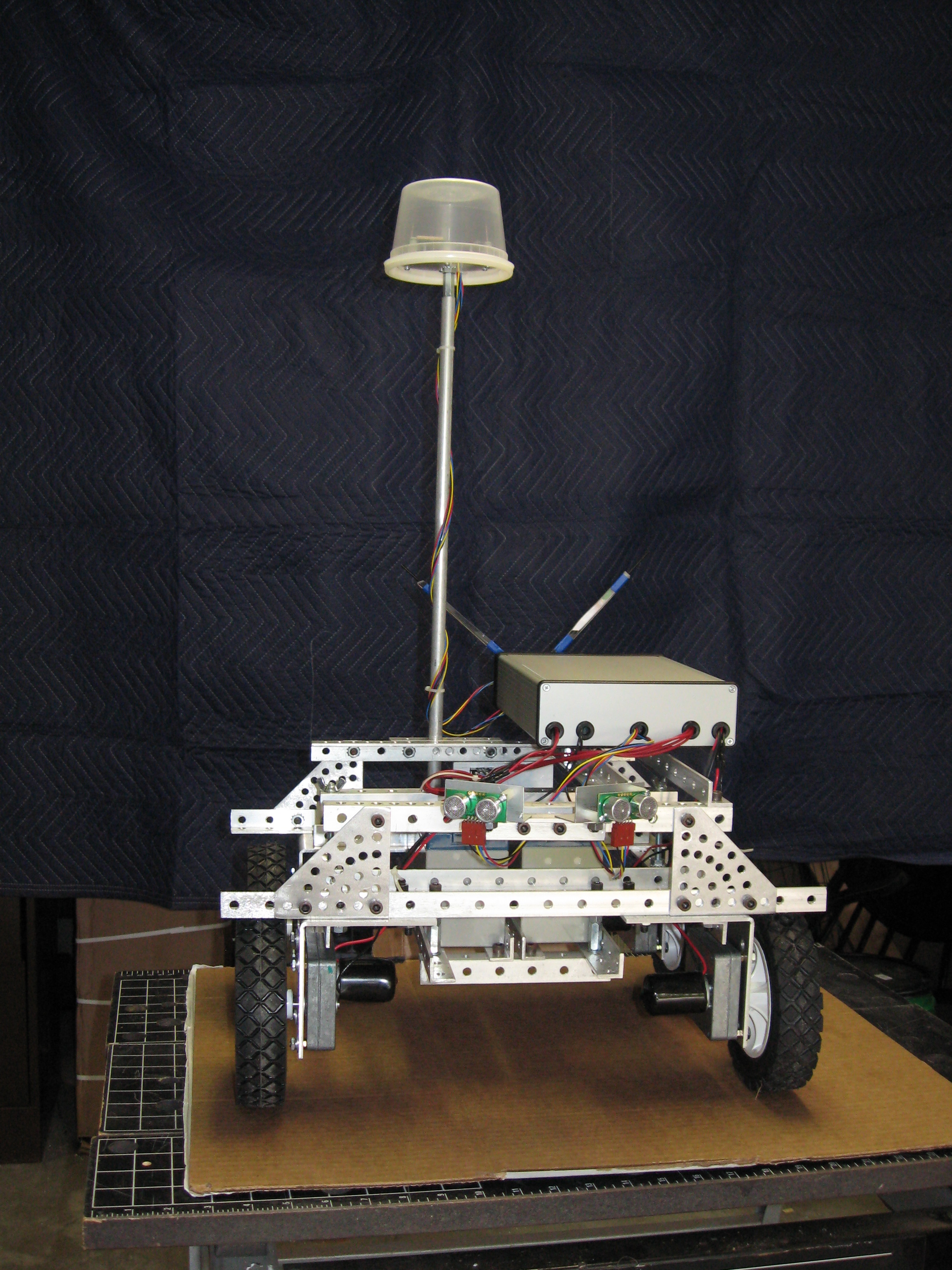 I put Box-T together to keep an eye on my garden. We’ve got a variety of creatures that like the vegetables as much as we do, so when a creature comes into the garden, it’s Box-T’s job to chase them out.

He's not pretty, but I can disassemble and reassemble him in minutes, and I have a lot of options for easy expansion. As you can see in the picture the garden is a matrix of raised beds. Platform Configuration: Box-T is 4-wheel drive robot that makes use of differential steering (tanks steering or skid steering) to turn.

System Architecture: The system is based on the APM 2.5 and Ardurover code, but I decided to trim a lot of the things I didn’t need. I didn’t need the IMU and pressure sensors. I could do with out the data logger. I have plans for one, but at the moment, I don’t need an on-board one. I also wanted to use an off-board compass and GPS. I also decided to dump the PPM encoder and go with a hardware PPM Mux.

With these things in mind I decided to go back to basics. I already had an Arduino Mega 2560 that I was playing with so I decided to rebuild my autopilot off of that. 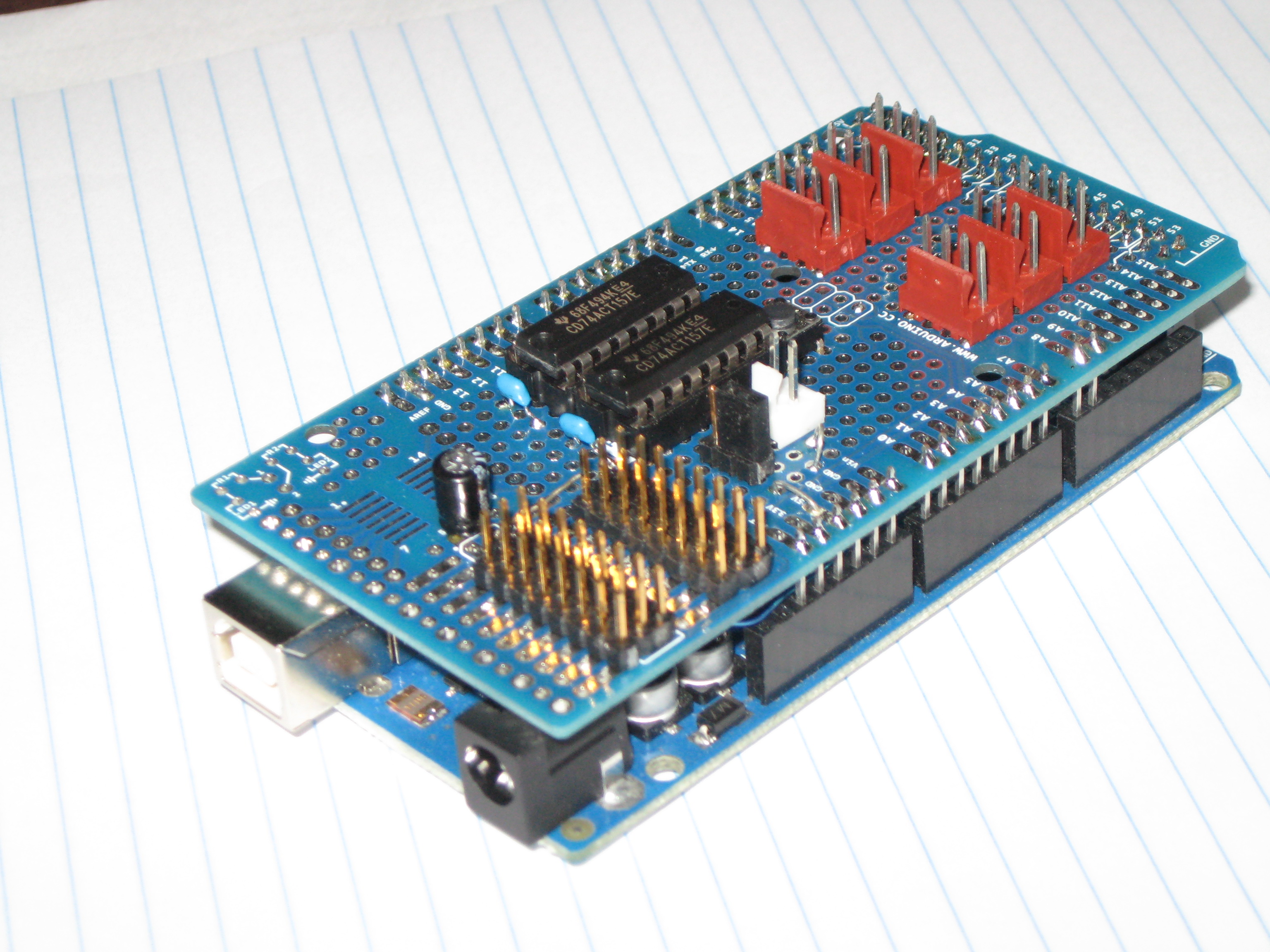 To date the system has the following components: Software Architecture: The software is based on the APMrover 2.20a firmware, but here again, based on the significant modifications I’m making, I've decided to trim up the code and remove the features that I don’t need.

I'll post schematics and code as soon as I have everything tested out.

Tags: rover
E-mail me when people leave their comments –
Follow