0
I recently got SparkFun's 6 IMU board and played with it a bit. Basically I connected Arduino and Razor 6DOF board and ported DCM code. Code is ArduIMU v13 but just made to work with Razor board. I am not sure what to think about gyros on that board as it takes them a while to "warm-up". Below you can see run from cold start for over an hour and "zoom' on first minute or so (just raw ADC values). On the link referenced above, you can see same data plots for both gyros and accelerometers.

I also modified ArduIMU Labview code - mainly that "cube" is within main window rather then separate one. I haven't compiled the code but whoever has LabVIEW should be able to run it (developed with version 8.5) 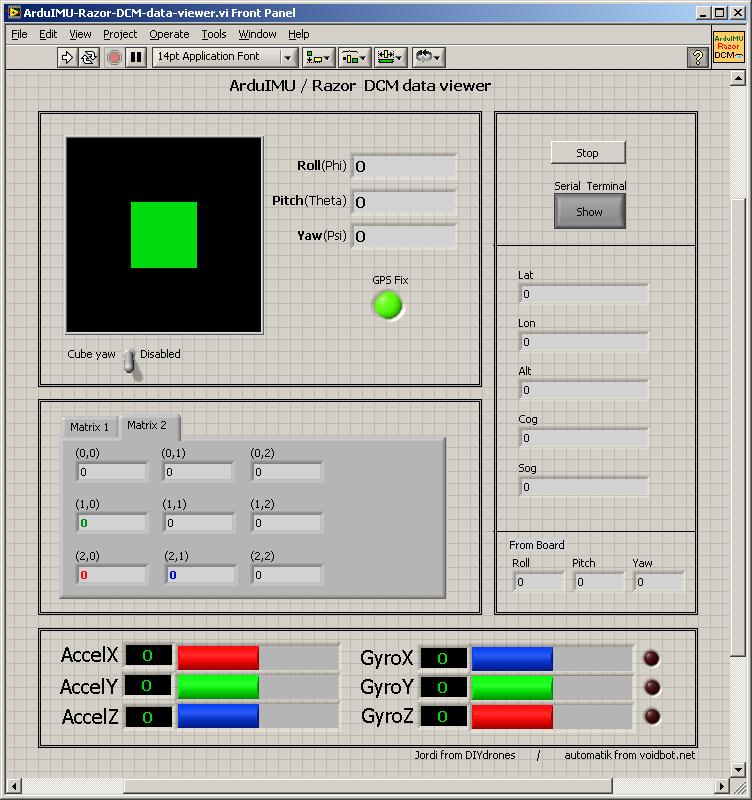