Previously I Crashed my X8 due to bad power module soldering.

Fuselage  nose was broken and needs some attention to be repaired. 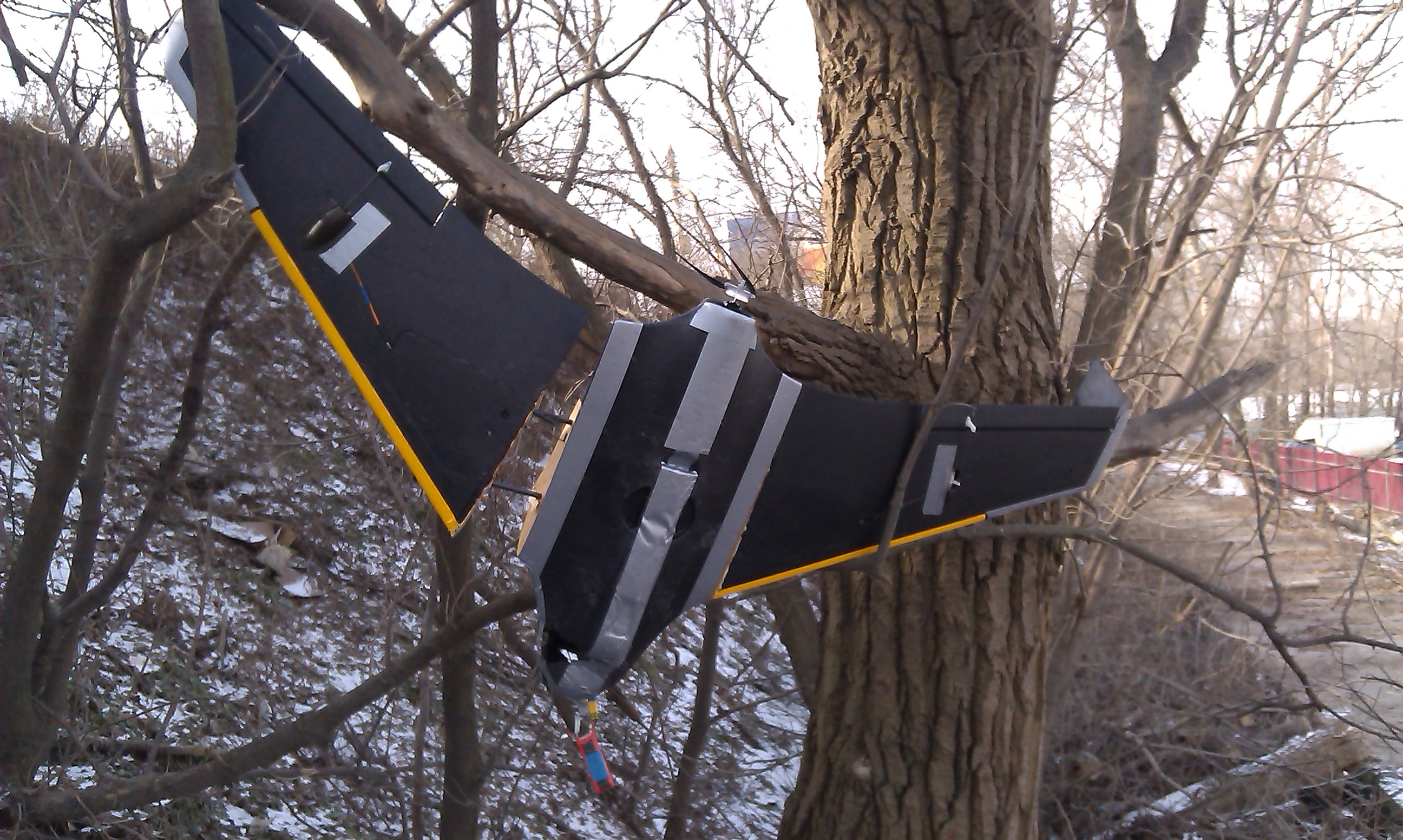 I'm going to put together all pieces that came off during a crash.

After that I'm gonna add some 0.15mm fiberglass to the front side of the  fuselage to protect it from the minor dents due to hard landings, for example on the ice.

In the same way I'm going to reinforce elevons, as they are strongly bent at maximum deviationthat negatively affects the handling.

According to my estimates used dry fiberglass weighs about 80 grams, so with the resin, the total weight of the aircraft will increase by approximately 160 grams.

A lot, but is there a better choice?

Above: Crashed plane on a tree itself. Duct tape was added for rough landings. Didn't help, ha :) Camera place was knocked out by the main battery Here you can see a particular point of impact. Piece of the foam was strongly bent inside and almost came off... Here is it after disassembling all the electronics. Three main parts have to be put together and couple of small cracks have to be glued too.

It sticks to the foam very well, It turns into foam for 30 minutes and can be sanded in a couple of hours depending on the humidity in the room (the adhesive is cured by water from the air). First I glued the camera place and most of cracks. The last piece was bent so I decided to make it fit when the fuselage will not be as flimsy. 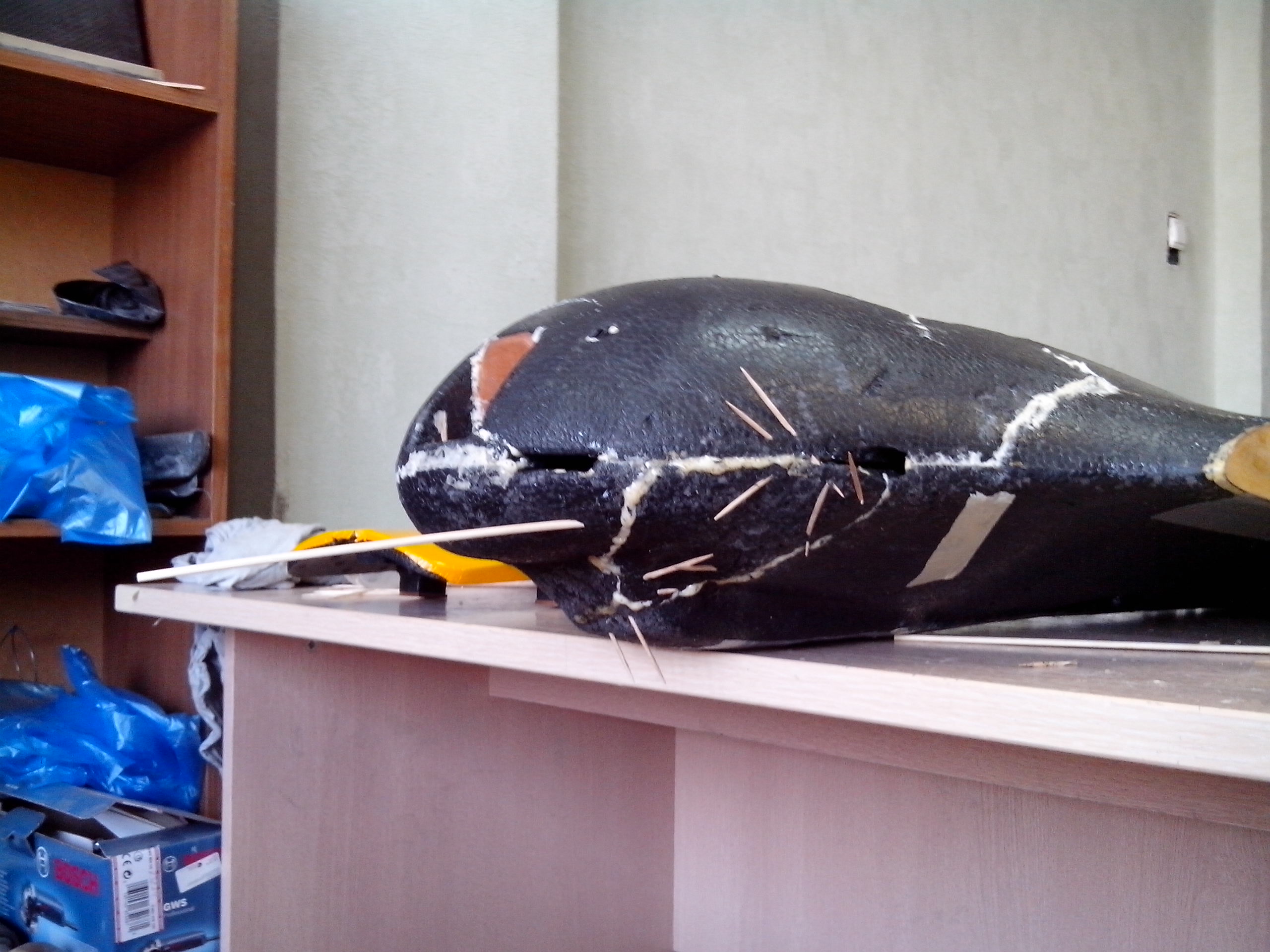 After all it all was in it's place. Toothpicks were removed later.

Next few pictures after the plane was covered with fiberglass.
As a result, weight increased by 120 grams. Tags: repearing
E-mail me when people leave their comments –
Follow