This is a bit of a non-sequitor post but I'm hoping the community here is willing to consider it.

This is a bit of non-sequitur post but I'm hopeful that the DIY Drones community are willing to consider it. 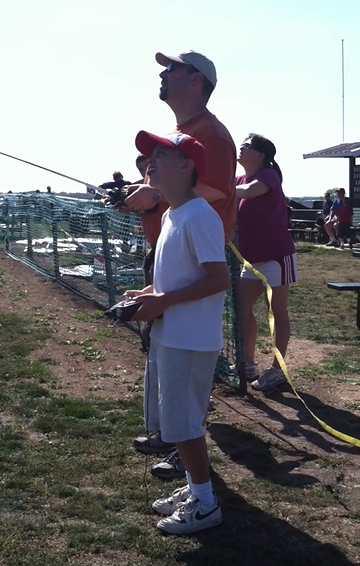 My 3 young sons (12, 10 and 8) and I attended a RC club event on a beautiful early fall day last year here in the Madison, WI area and they (me too) became enamored with all the devices and flying.   In particular, we were interested in the quadrotor that was there and the potential to capture video.

One of the things we're trying to do to get the group "off the ground" is to put together a video of take off, flight (mostly FPV but ground based too would be good) and landing to give a sense of what is doable.

We're looking for a handful of short footage (10-15 secs) clips to compile into a video.  Perferably in AVI format but other standard formats would be fine too.  There are tons of good clips out on YouTube, etc. but none of it is available to download or use.  Nor would we want to do that without permission.

Is there a handful of users chance you'd be willing to share some footage?  We'd give you credit at the end of the film.

Thanks in advance everyone!