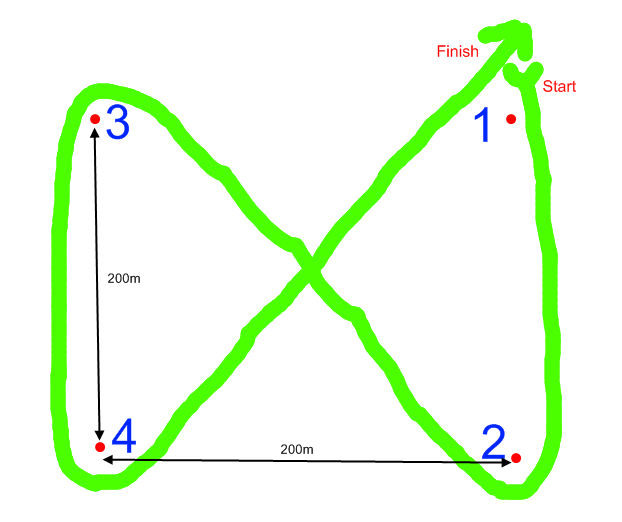 Two and half years ago, we started the T3 (Trust Time Trial) Contest here at DIY Drones. The idea was simple: give people a mission to accomplish, on their own field and on their own time. They would record the telemetry, and submit a KML file with the result (we "trust" that it hasn't been faked). We could then compare the result and decide who was the winner (fastest time, best pattern, etc), as if they had all been racing/competing head-to-head.

Back then, it was an accomplishment just to complete an autonomous mission with a regular plane. But we've made a lot of progress since then, and that's now possible with a multicopter or traditional helicopter, too. So it's time to relaunch the T3 Competition. And we're going to do it by returning to the first mission ever: the Figure Eight, but this time expanded to include copters.

Entries should include these three things: