Four sonar sensors provide the drone with information about the physical environment to the front, right, left, and above it. When eBumper4 senses an obstacle in its field of view, it prevents the drone from getting too close to the obstacle. It “bumps” off the object, keeping the drone at a safe distance. You can then navigate the drone safely away from the obstruction. 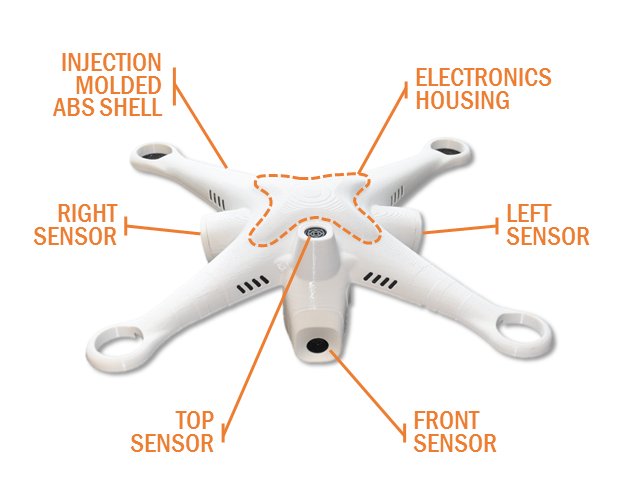 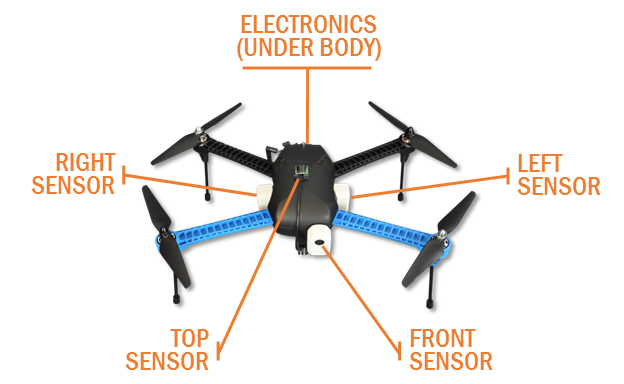 Robust integration of the eBumper4 sonar sensors required a significant development and testing effort to understand the very noisy environment of a quadcopter. Our solution ultimately combines a mix of precise sensor placement and triggering, clever filtering, as well as smart physical integration.

The eBumper4 ships with a set of base features, all of which you can configure:

eBumper4 features can be configured via a graphical user interface available for Android and Windows PC, so you can tailor eBumper4 to best suit your individual needs. Don't have Android phone/tablet or Windows PC and want Mac or iPhone? Let us know, and we'll see what we can do! 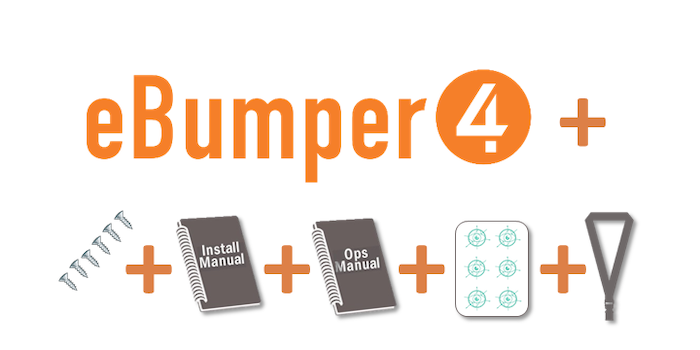 eBumper4 comes with four sonar sensors and an electronics board pre-installed in an injection-molded ABS plastic housing, mounting hardware, installation manual, operations manual, some nifty Panoptes stickers, and a Panoptes lanyard for your remote control.

eBumper4 is designed as a retrofit kit that attaches to pre-existing interfaces on your drone, and installs in about 10-20 minutes. Below are the main installation steps for the eBumper4 on the DJI Phantom. The install for Iris+ will be similarly straightforward.

eBumper4 is designed with the future in mind. New capabilities will be available as software updates instead of costly hardware upgrades. The Panoptes team is busy developing additional features for the eBumper4: