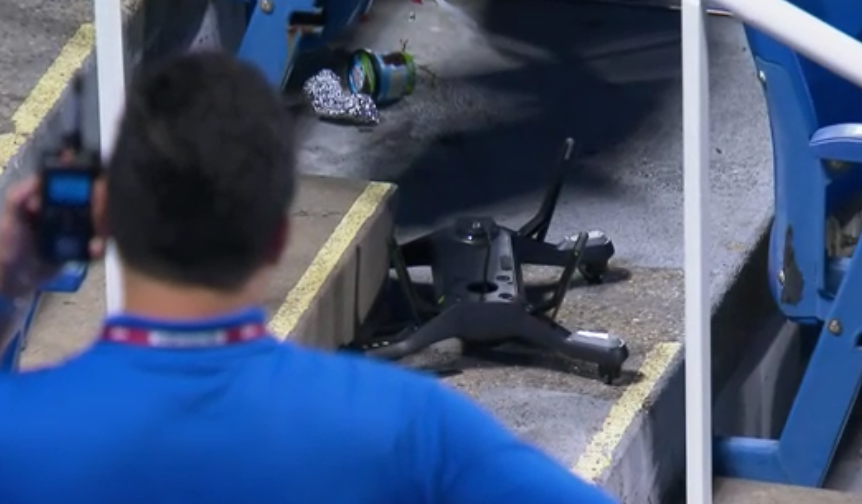 The drone flew in from the east side of the stadium as No. 26 Flavia Pennetta defeated Monica Niculescu, 6-1, 6-4. Pennetta said later that she heard it flying around. At first, she thought it might be a bomb.

"A little bit scary, I have to say," Pennetta told ESPN. "With everything going on in the world ... I thought, 'OK, it's over.' That's how things happen."

The USTA later issued a press release saying no one was injured and that the New York City Police Department is investigating the incident. The drone broke into pieces when it crashed. The police and security went right over to it, then gave the all-clear to continue playing.

"If there had been spectators, it would have hit them and done a lot of damage," Pennetta said.