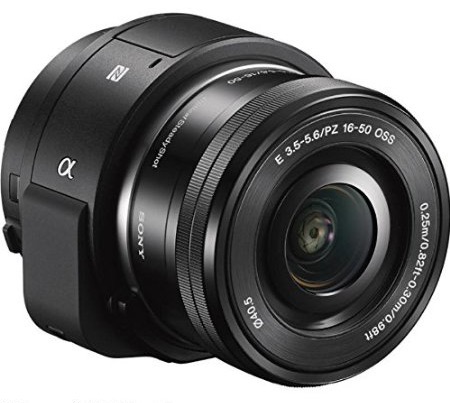 As part of today's 3DR Enterprise announcement with Autodesk, we also announced a new camera coming to Solo. This is the UMC-R10C, which is designed to be deeply integrated and fully controllable by the Solo software stack and companion computer. More details coming ahead of the launch in April.

The competition to capture big industrial customers is heating up

The drone business is booming, and companies which manufacture these aerial robots are increasingly trying to produce units that can straddle the divide between the consumer and enterprise market. 3D Robotics, one of the biggest US drone makers, announced this morning that it is partnering with Autodesk and Sony to create a high end version of its Solo drone. The new unit can scan a location — a construction site in progress or bridge that needs inspection — and upload a 3D model or map to the cloud from the air, allowing those files to quickly get into the hands of offsite engineers or managers.

Up till now the Solo drone worked with cameras from GoPro. Today it announced that the new Sony UMC-R10C, a camera that will be officially unveiled at NAB in April, will integrate with the enterprise edition of the Solo. That camera allows for far more detailed image capture, pulling hi-res data to the cloud without having to land and remove an SD card. The enterprise edition of the Solo will also come with a Sony tablet preloaded with Autodesk's FORGE software. "The demand is just huge," says Autodesk's Dominique Pouliquen. "There is not a single construction company we work with that does not have a UAV initiative."

Along with the new Sony camera, 3D Robotics says it is planning to introduce a multispectral and thermal camera, hardware specialized for scanning agricultural sites, chemical plants, and oil rigs.

Autodesk has been moving into the drone industry for a while. Last year it invested in SkyCatch, another company which has been using drones to create 3D maps of construction sites in real time, maps which are then used to guide robotic bulldozers. SkyCatch is currently focused on building its business in Japan, where regulations around commercial use of drones are much lighter, and where demographic trends have created a shortage of human workers.

DJI is dominating among the drones used by companies which have filed commercial exemptions in the US and it recently introduced a unit designed specifically for crop spraying. But "it's still very early days, and we're number two [in commercial exemptions]," argues Chris Anderson, 3D Robotics co-founder and CEO.

Anderson believes that DJI's lead on the commercial side is an extension of its consumer dominance, and that this advantage will fade as the enterprise market matures. "So far it's mostly consumer vehicles being used in a commercial context. There are very few large scale enterprise deployments, and the whole workflow has not been touched. The Solo is the first example of an enterprise drone that is integrated from end to end, from drone to camera to cloud."