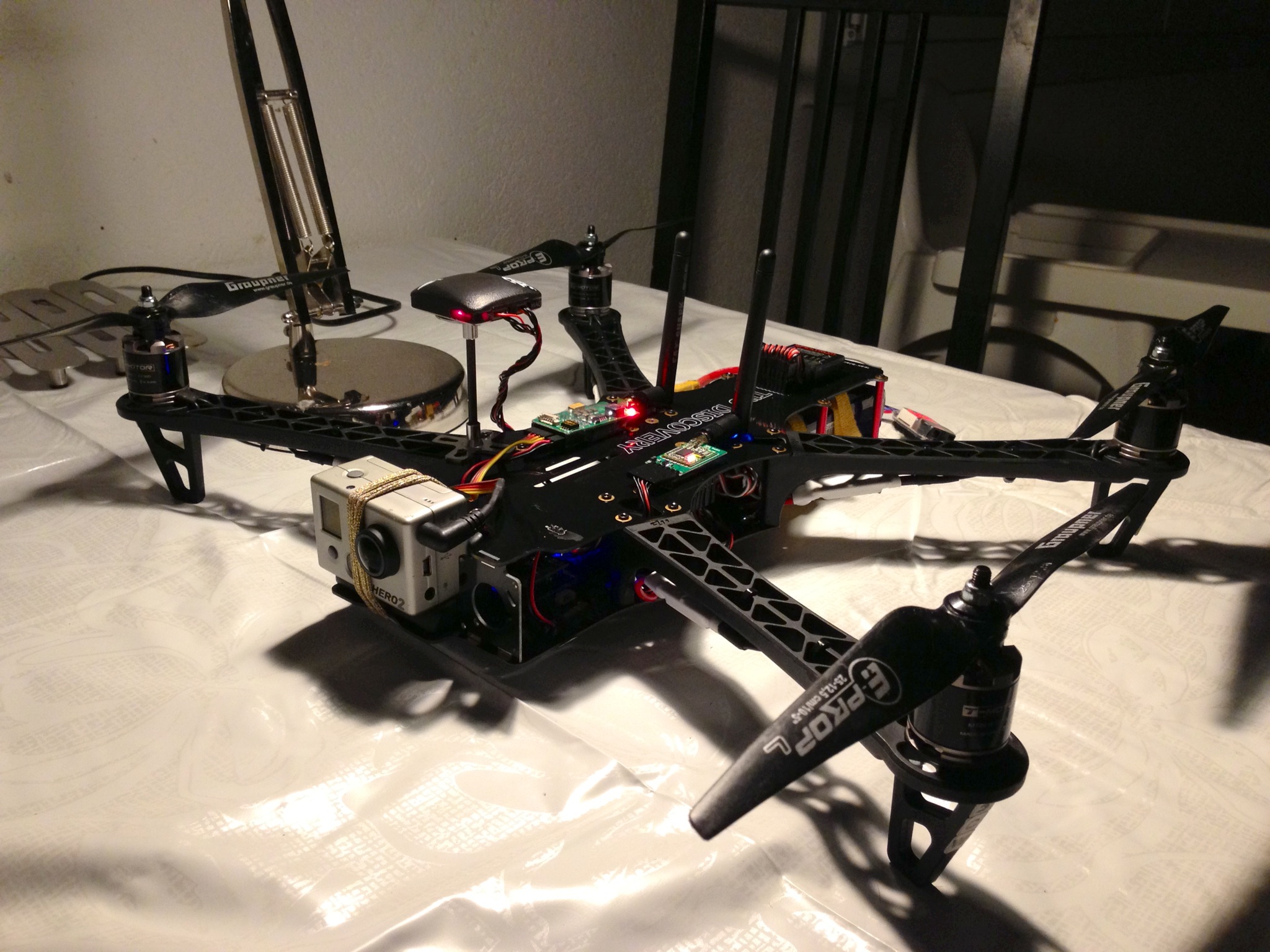 Summary:
Flies surprisingly well! It still seems a bit "pendulum-y" in pitch, but on the whole, it flies very straight and true. Needs a fair bit of power to get in the air though. But yet another unrequested land event for reasons unknown. I wasn't stressing it at the time. I have one of these nearly once a pack.

Take off throttle: Around 65%

Flight time: Around 14 minutes, pushing it around.

Vibes: Good (and this while pushing it around a bit). Full sticks will take it to the recommended +/-5 limit though.

COG: With a 5000mAh 3S, I'm on the furthest internal rungs on the frame. This in turn pushes the APM to overhang the Core a fair bit. This meant putting in 4x 6mm risers, and balancing the APM on these, using double moongel corners. A whole section of moongel was placed over the core, which helped keep the APM level.

All other dynamics settings at factory default (I've made changes to RTL and failsafes though).

- TBS Disco version 1.3 with "Core" (inc the worst screws ever to come out of china btw)

First flight post-PID calibration. Some high frequency vibes at the edge of frame; not sure what's causing those yet. PID's too high? Flew FPV via gopro and crappy whip aerial while waiting for bluebeam and CCD; was ok actually - surprisingly good range!