Team Thunder is a Sydney based team of RC enthusiasts who competed in this year's UAV Outback Search and Rescue Challenge in Kingaroy, Queensland, Australia, running the week of September 22-26, 2014. (http://www.uavoutbackchallenge.com.au/). The following is a description of our mission flight. A more technical report will follow.

Friday came around and finally it was Team Thunder’s turn to find Joe.

The wind was picking up over 15 knots but we knew our X8 flying wing was up for it.

Setup went smooth enough until the GCS operator (Peter) discovered that the USB serial link to the RFD900 radio link wasn’t being recognised by the Windows GCS laptop. A reboot but Windows wouldn’t start up again. A little bit of panic and thinking “What will Tridge think of these fools who decided to rely on Windows for a mission critical device?” A quick change to Marks backup PC got things going again. Luckily Windows eventually started on the main GCS PC again so things were back on track.

A bit of a time out due to air traffic, then started again and we had the plane on the launcher at the end of setup time. David had all the flight systems up, Mark had the bungee loaded, Lloyd had the image recognition system up running and communicating over the 3G and RFD900 links. The GCS was all ready to go so the thumbs up was given to the pilot Tim pushed the lever on the launcher. 9:00am and Thunderbird 1 was away.

Before we knew it, the plane was passing EL1 and then EL2 into the search area. Smiles all round. This was exciting. As there was a strong south-westerly blowing we had decided on north south runs, starting from the east to avoid overshooting downwind turns. We would be flying at 120m AGL, scanning 100m strips, leaving 50m gaps between the strips on the first pass that would be cleaned up on the second pass.

The first downwind turn was a little nerve racking but were soon at the north-eastern end of the search area and into our search runs.

Things were going well. Although it was windy and the plane was jumping around a bit, it was doing what it was meant to be doing and the upwind turns were working out ok.

Midway through the 3rd scan run and only 12 minutes into the mission, Mark called out that he had an automatic (thanks to Tridge’s algorithm) Joe position. With a set of coordinates from Lloyd we got them away to the judges who passed on permission for us to drop the bottle. We then passed over the Joe a number of times to get a more accurate averaged position. We uploaded the bottle drop waypoints. We were taking things very slowly and carefully now. We had heaps of battery and though the wind was strong, the X8 was handling it ok. Once we were happy we set off the sequence with a predefined routine from the GCS and the command “godrop” was given. Soon the bottle was away and Thunderbird 1 was on its way back to the airfield. 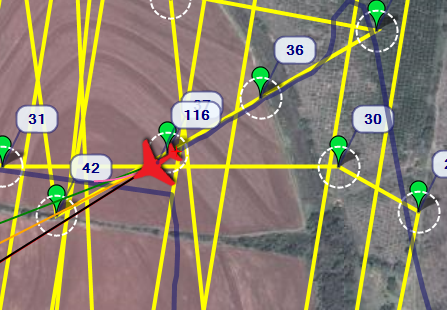 The marshals confirmed that the package separated from the aircraft ok to our relief.

3 minutes later, Thunderbird 1 was spotted approaching the airfield, ready to attempt an automatic landing. We underestimated the wind a little on our east-west landing at the end of the runway ending up in the long grass but a safe landing in one piece nonetheless.

The BOM recorded maximum wind for Friday was 43 km/h at 09:34. This was just as we landed.

The judges confirmed we had dropped the bottle within 100m of Joe and that 500ml of water had been recovered. Mission accomplished. 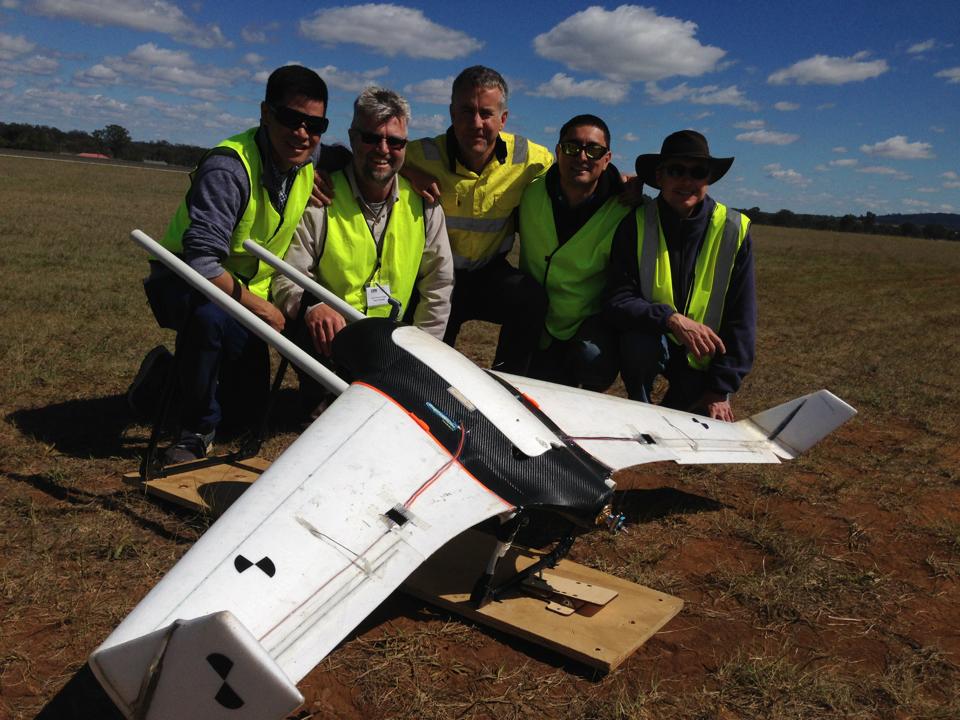 Andrew Tridgell and Canberra UAV:  For the extraordinary open sourcing of everything they did, including APM software, MAVProxy, simulation environment, Joe recognition algorithm, RFD900 radio firmware, Joe image sets as well as advice during the course of the competition.

Orion Integration (http://www.orionintegration.com.au) : For the use of radios and camera and the tolerance of skunkworks by Lloyd.

Claudio Natoli: For the kind loan of a failsafe board.

Millswood Engineering (http://www.millswoodeng.com.au): For the design and kind donation of a spare failsafe board.

Seppo at RFDesign  (http://rfdesign.com.au): For an awesome RFD900 radio design and advice.