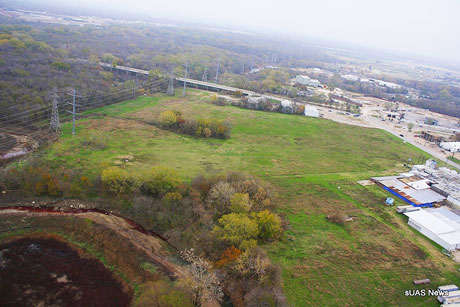 From the Albany Democrat-Herald:

More than 40 state legislatures have debated the increasing presence of unmanned aircraft in civilian airspace, with most of the proposals focused on protecting people from overly intrusive surveillance by law enforcement.

But Texas' law, which took effect Sept. 1,  tips the scales in police favor _ giving them broad freedoms to use drones during investigations and allowing them to bypass a required search warrant if they have suspicions of illegal activity _ while also limiting use of small drones by ordinary residents.

"Texas is really the outlier," said Allie Bohm, an advocacy and policy strategist at the American Civil Liberties Union.

The law makes using drones to capture images of people or property without permission punishable by a fine up to $500, while also allowing those improperly photographed or filmed to collect up to $10,000 in civil penalties if they can show that images were collected or distributed with malice.

Texas' broad exception allows police or law enforcement contractors to forgo a search warrant if they "have reasonable suspicion or probable cause." Other states only waive warrant requirements in cases of catastrophe or terrorist attack.

Lon Craft, director of legislative affairs for the Texas Municipal Police Association, said it still goes too far, though.

"I'm OK if they want to limit citizens, but don't tie the hands of law enforcement," said Craft, who said he used to employ drones as part of a narcotics task force in Harris County, which includes Houston.

That use is one of more than 40 exceptions in the Texas law. Others permit drone use anywhere within 25 miles of the U.S. border and by everyone from students conducting scholarly research to real estate brokers taking promotional pictures.

The law won't affect journalists because covering news doesn't meet the definition of surveillance. And the hobbyist's discovery of pig's blood would fall under exceptions that allow drones to hunt for environmental hazards, he said.

Thanks to Kevin Hester for the find!