Since I first posted here about this competition last October, we've been pretty busy.  NASA selected Development Projects Inc. (DPI) of Dayton, OH to be our partner and run the contest.  We've selected Camp Atterbury, Indiana (in the restricted airspace around Himsel Army Air Field) to be the location, and we're working on putting everything in place so we can stage the competition in mid-May, 2014. We've made quite a few changes based upon feedback we received from everyone and assembled a new set of Draft Rules and a draft Team Agreement for you to look over and give us your feedback. We're trying to cast a wide net and run a contest that will be open and fair to any group that plans to work professionally with unmanned aircraft in the U.S. National Airspace System.

A big part of our preparation is putting together a "Traffic Squadron" of unmanned aircraft that can create the air traffic for the competition. We're using some large scale RC planes and outfitting them with Ardupilots and ADS-B transceivers. 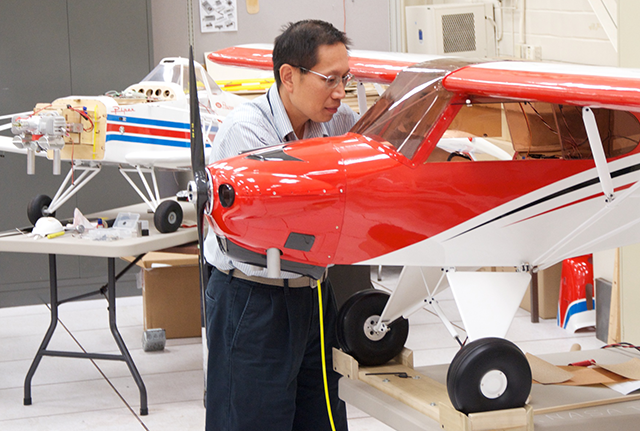 DPI has has put up an initial web site and they have posted the new drafts of the rules and the team agreement on this page:

I look forward to your comments!