I am dumb struck!!

I have a Bixler 1 and have been flying it for three to four months with no problems at all.

Have a bigger motor in and FPV gear on it. Last Thursday went to fly and something very strange happened. The Bixler nose-dived on its own, in stabilize mode. I did manage to save the bird, but 1 min later it did it again. But this time I could not save it as it was too low. I also did not have any telemetry connected. 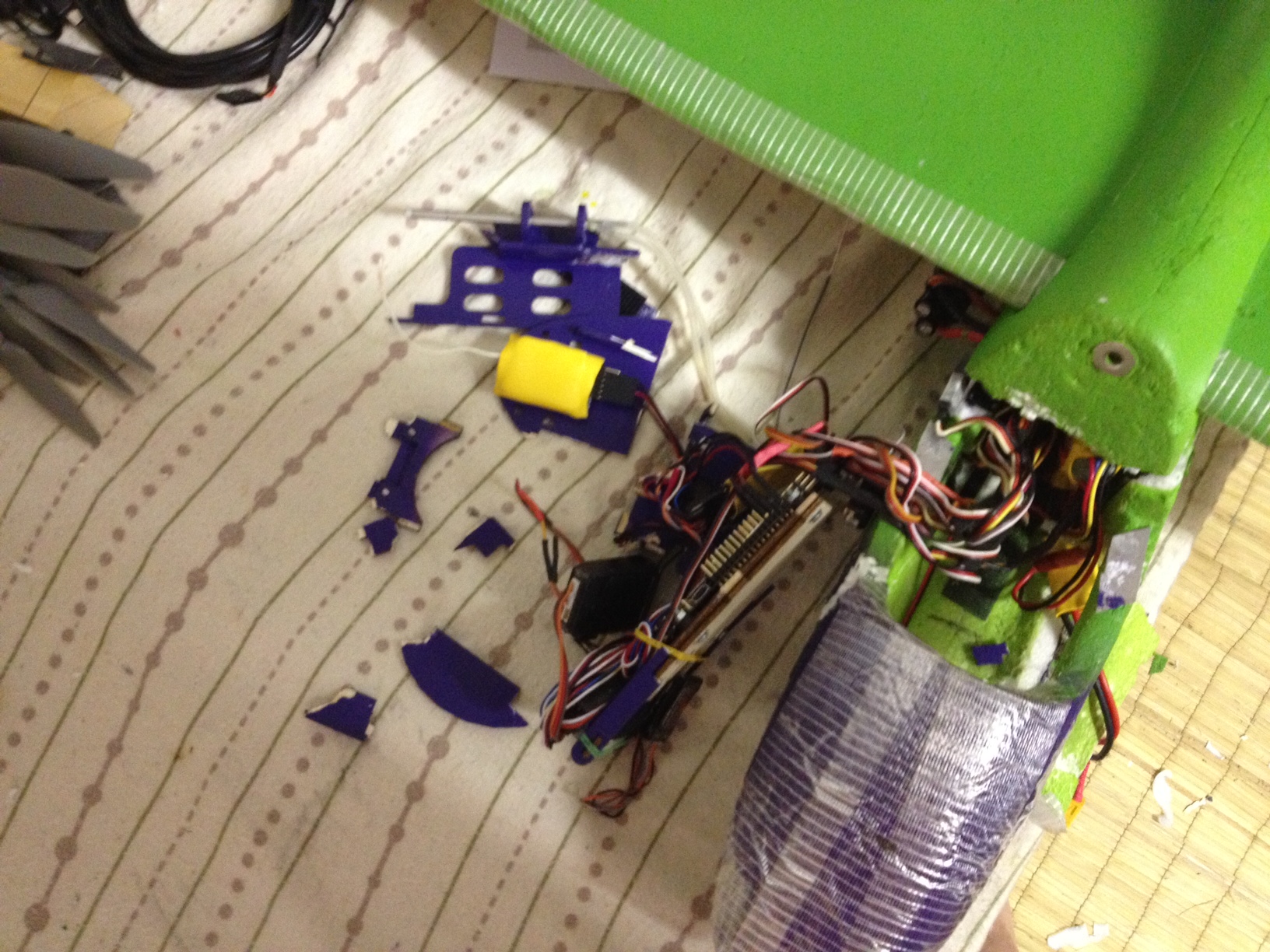 Rebuilt it and went to the field Saturday morning. This time I had telemetry connected. I took her up and flew in manual mode for 3min, then switched to stab. It was not even 1min and it happened again. Saved her but the second time I could not. Crashed again !! I was busy turning (with the ail and elev) the nose just went down uncontrollably. I looked at the tlogs with Graham Dyer, what we could see is that the vcc was not very consistent at the time of the crash. Tlog attached named Saturday.

Rebuilt the Bixler AGAIN !!  I swapped the ESC too and reloaded the APM firmware (v2.68). Calibrated everything and tested it on the table. Sunday morning went out to the field. Once again took her up in manual and flew around for a while. Switched to stab and it went well for a couple of min’s. Then it happened again. Nose down 100% and whatever I did, did not help. CRASH NUMBER THREE !!!

We looked at the tlog and the power this time was 100%. But at the point of the crash there was nearly no input from ch2 but 100% output on ch2. Tlog is attached below, named Sunday

Rebuilt Bixler AGAIN !!!! Took out the APM 2 and swapped it for another one I had in my quadcopter. I went this morning and flew the Bixler again. It was much better but found something interesting, when I bank full ail the Bixler will tip over and dive, but this time it recovered after a second or two. Still very stressful to see. I tested this a couple of times, it loses control but gets it back again. Still not 100%.

Thursday I flew with 2.66 the rest was done with 2.68. I also loaded the default bixler.para from this site every time.

Please can someone look at the tlogs and give me some advice.