First Previous of 27 Next
This reply was deleted.

Hi,I want to adjust cruise speed.At default settings I have a ground speed of about 42km/h (without airspeed sensor), and I think the optimal speed should be lower. In the mission planner I have value "Cruise speed", default 12m/s. I updated it to 9.5, but don't see any change in actual cruise speed.How to set cruise speed?Are these different settings with RTL speed? For RTL I prefer keep it as is - less efficient, but more reliable.Is it possible to adjust cruise speed during flight, providing… 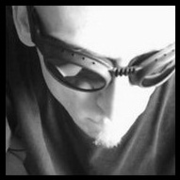 I'm currently building a Talon (v3), mainly waiting for parts.While looking for high capacity batteries I found out two things; There are a lot of brands, and prices are still steep in the high-cap regions.I've also seen a few people on the Tube using 18650 cells, but none of those explain why.Does anyone here have experience with these custom 18650 packs?And which 'cheap' brands of standard 5~12A 4S seem to work best?I'm going to use an Emax GT3526 710KV swinging a 13x6.5 prop, which should…

Hi I have been setting up 2 quad planes, pretty standard setups...flying wing with 4 vtol motors and a rear mounted pusher motor. Both builds wich are on different firmware versions have reversed pitch in quad mode but correct pitch and pitch stabilisation in plane mode. I cannot for the life of me find a parameter related solely to quad pitch reversal. Is there anyone out there that can help with this? Thanks. 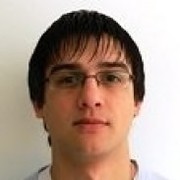 Hi guys, I have a Pixhawk from Radiolink and always in every first attempt of armed I get the error "PreArm: Gyro Inconsistent".The most strange thing is that i'm using only the external gyro+compass. i disabled the internal to avoid this issue. Also- I tried to recalibrate the gyros at least 5 times.- I changed the firmware version from the latest to the 3.8.53 because i have a friend with the same board and he does not have issues.But i have the same behaviorIf i disconnect the battery and…