I have started a little aquatic vehicle project that will be used to do depth mapping of the various ponds, lakes, and canals where I live in southern Florida. The mapping will allow the owners to determine their silt levels and silting rates.

My RSV is based on a similar RSV, only smaller, that appeared in the July/August 2010 issue of Robot Magazine and can be seen here:  eTrac RSV

I chose to use fiberglass pontoons for a .60 size R/C plane and can be seen here: 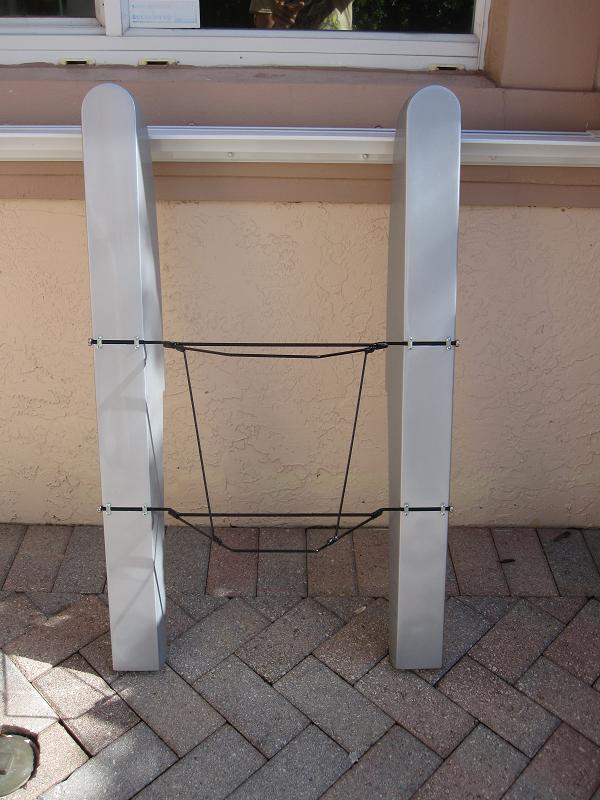 The pontoons are manufactured by Great Planes and can be found at Tower Hobbies.

The housing for the bait pump cartridges was going to take a little bit of machining and the jaws in my Tag lathe still needed to be machined to allow me to chuck up plastic pipe couplers that are bigger than 1" in diameter.

Since I like Traxxas products, I found that the geared propulsion system for the discontinued Villain R/C racing boat might fill the bill as there are quite a few of the legacy Villain parts to be had on eBay for cheap:-).

So I downloaded the Villain exploded hull and drive train views and the parts list and proceeded to buy what I needed to put together two of the Villain geared propulsion drive trains.

At this time, while searching for Villain parts on Amazon, I found one last Villain built hull for sale and proceeded to order it so that I can build up a competition autonomous boat for competitions like the Sparkfun AVC only on the reservoir.

I began the installation of the Villain drive trains by cutting two sections out of the right pontoon just aft of the wire connecting bridge mounting points. I reinforced the sides and ribs of the pontoon, where I removed the fiberglass glass sections, with thin strips of poplar wood.

The toughest part of mounting the drive train was spotting the hole for the stuffing tube in the pontoon stern plate and getting clearance for the motor under one of the pontoon ribs. Pictures of the installation are below: 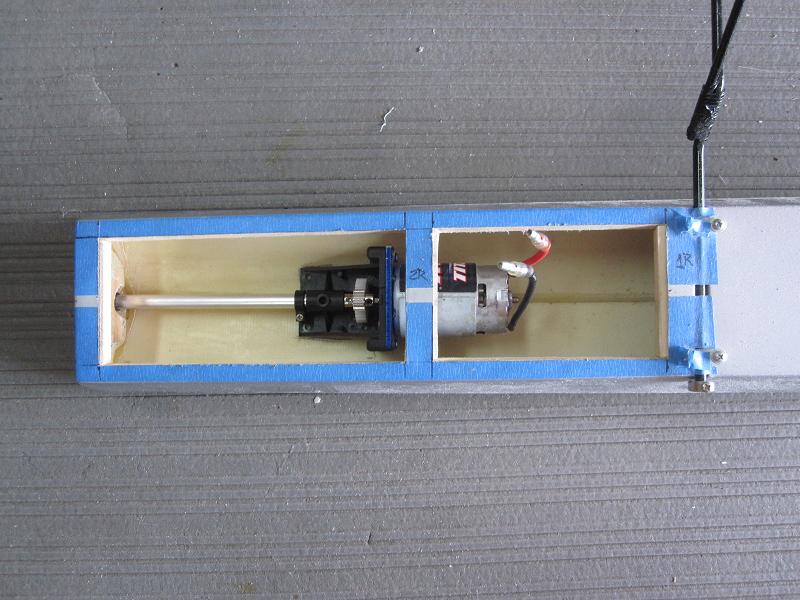 The propeller drive shaft is attached to a universal joint that is coupled to a short propeller shaft that is supported by an outdrive housing that is attached to a hinged trim support that allows the pitch of the propeller to be varied up and down vertically. I plan to epoxy the motor mount to the bottom of the hull once I have installed the rest of the propulsion hardware beyond the stern plate. 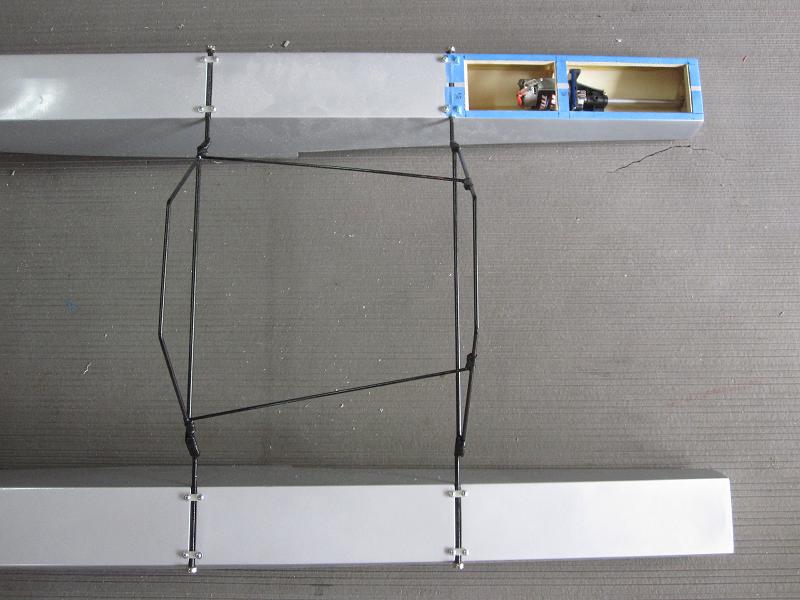 Right and Left Pontoons with Bridge