Dedicated to the exchange of useful information between members using the Arduino or other families of processors for autonomous rovers.

Before posting an issue or a problem in the ArduRover Discussion Forum, please check the wiki table of contents, review the firmware release notes in the subforum, and search that subforum for existing answers to your question. Help avoid duplicate threads by finding other members with the same issue and their solution.

When formulating your post, use a descriptive title such as "rover will not navigate to waypoints in the Auto mode" (not "HELP!" or "Problem").

Please include the following information to help diagnose your query:

First Previous of 97 Next
This reply was deleted.

Hi, i am looking to build a new rover, but i need some advice on the chassis. I like the 4wd chassis/tank look and prefer it over the crawler/rc look.are those any good though? most people recommend crawlers.I am looking to get something from banggood, any advice will be highly appreciated. thanks

Hi all, I have a skid steer robot using a pixhawk cube, one 1x15 roboclaw motor controller and a dagu wild thumper 4 wheel chassis. I have skid steering working so far, testing motor c and motor d tests works as described and the vehicle can be controlled in manual mode. However, upon using any mode other than manual mode the rover wants to shake and pivot on the spot, and it seems the steering PID controller oscillates and these oscillations get larger. i have tried everything but it is still… 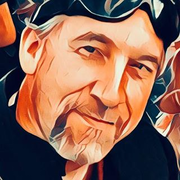 Hi,I have converted a Traxxas X-Maxx into a rover using the Pixhawk Cube 2 controller kit with a Here GNSS.I swapped out the original X-Maxx remote controller for an X6R receiver and Taranis QX7 radio.latest version of ArduRover firmware installed as of 8/11/18.  The rover has an EZRun Max6 ESC. The problem now is the ESC control over the transition into reverse. The ESC is currently set to it's Running Mode Option 2: "Forward/Reverse with Break", AKA the "Double Click Method".What this mode…

Help! No throttle or steering response!

Hi all.I know this is an Adurover group, but Thought I would reach out and try my odds for some help as I'm perplexed by this problem. I have a Traxxas X-Maxx set up with a Pixhawk Cube 2.1 and the Here GPS. I'm using a Tarranis X7 remote controller and a X8R Sbus Receiver. I'm using QGroundControl with the latest, Pixhawk 1.8.0 Firmware with the Generic Rover airframe profile installed. As instructed, I have Steering servo wired into Main 2 and Throttle ESC wired into Main 4. Sensors are…