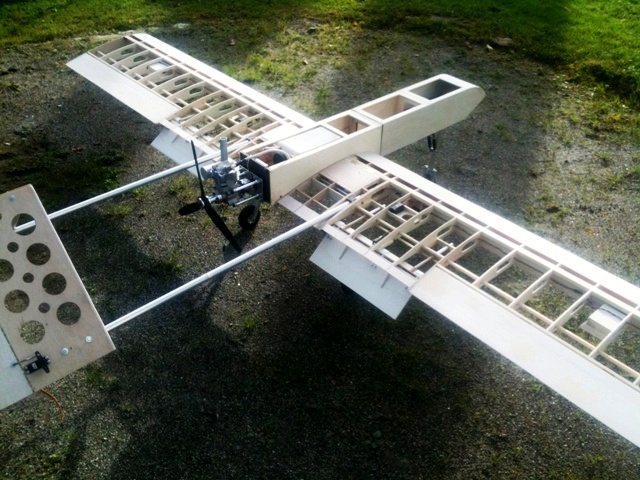 I published some of the images of this project already on myPage. Actually I wanted to copycat the Swiss army drone scout 95, but I changed the tail design during the build phase. I started with a Google SketchUp drawing I made, but as I changed the design it's not actualized. I used a Clark-y profile.

The particular thing is that the rear landing gear is not on the body but on the wings as on the scout 95. I tried to build all really solid. I tested the lading gears hitting it with a 1 pound hammer. This bird has to land in rough unknown terrain. I estimate the TOW around 15Kg. I hope flaps and airbrakes will allow me to land not too fast.

I will use APM, but I need to manage much more communication systems (GPRS and Wi-Fi) in addition to an xBee868. So I will have a proxy processor to manage the APM (I guess an Arduino Mega). Redundancy is mandatory, as I want to get a license for experimental flight out of LOS here in Switzerland. I have already build an own power box that manages 4 batteries in 2 power circuits. One for avionics and one for rc rx, servos and ignition. A stand-alone GPS/GSM Tracker can shut-down the engine and start a fail-safe sequence. Here I still am looking how I can figure out if the APM has crashed or the plane has lost all communication to the ground station (an completely autonomous is not allowed. Even the army cannot fly w/o a data link to the drones)

My roadmap is to take it in the air in late spring as normal rc plane and test the flight features. APM and avionics will be tested o other airframes till I'm sure the system will be reliable. I will update this blog with some images more soon.

Actually I work on the FPV system that will be active for close and mid range flights. I will post this as a separate project. 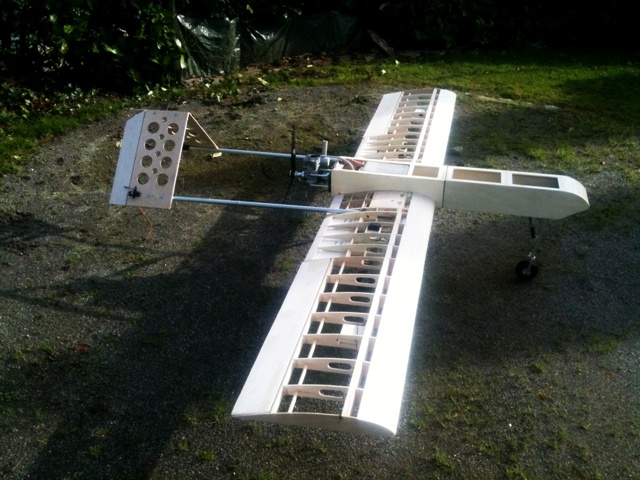