[UPDATE: This project is now being ported to a proper Google Code repository and manual. For instructions, start there. You can also join the ArduRover User Group here.]

Hello to ALL, the new firmware for APMRover v2 has been tested successfully on my rover on may 1st, 2012 on full autonomous reco mission following a navigation plan. This new release of the APMRover v2 works on the APM v1.4 with the OilPan shield (magnetometer + MT3329 GPS) and also of course on the APM v2. The previous version of the APMRover v1.0 was a light size version specially designed for the APM1280 CPU (only) board and the MT3329 GPS. For the frame, I have used a Traxxas Monster Jam Grinder with a brushed and high power motor Titan 12T and its XL-5 ESC.

The APMrover UGV is able to run itself following a list of recorded waypoints. The waypoints list (FPL) can be preloaded with the APM Mission Planner OR better in live, recorded by the pilot himself (with the SW7) during a manual run and then replayed in a full autonomous mission. 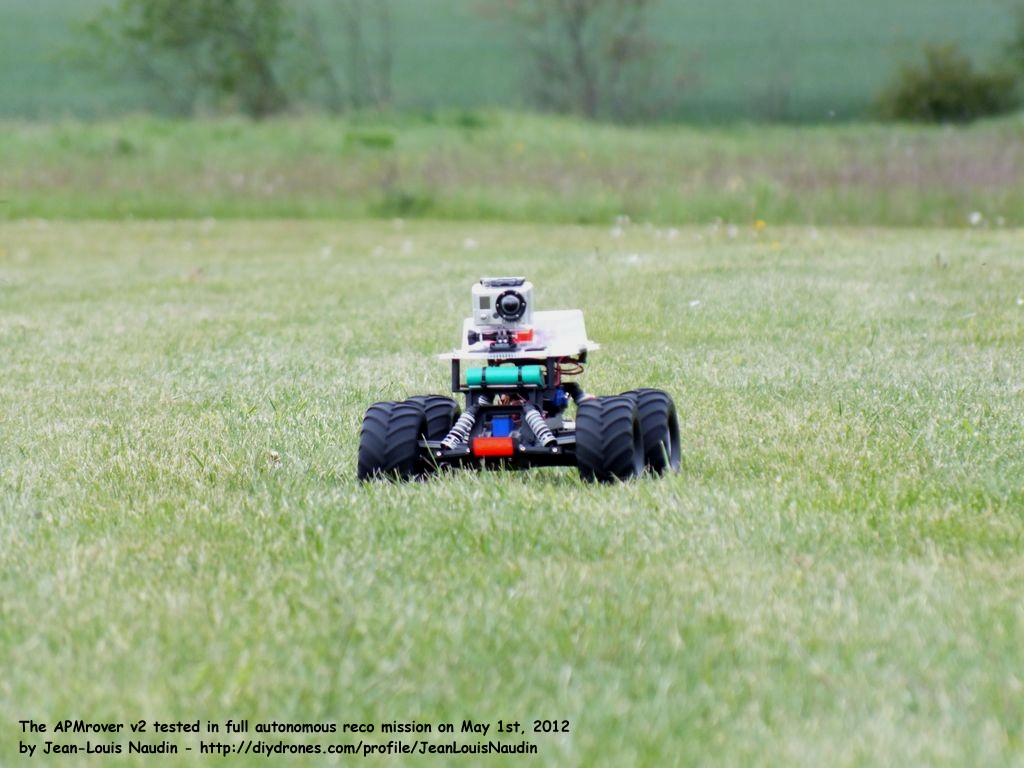 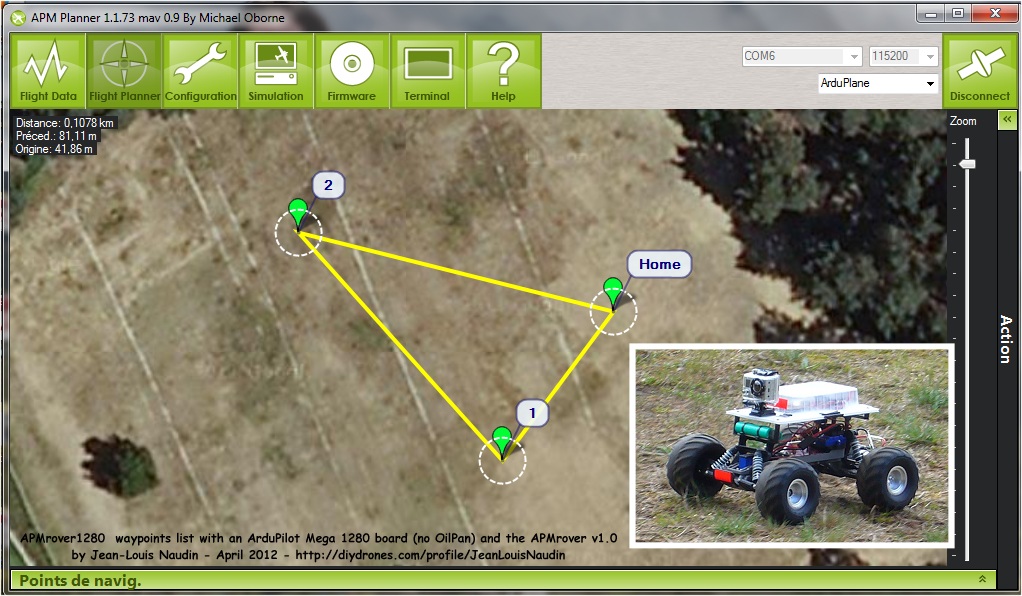 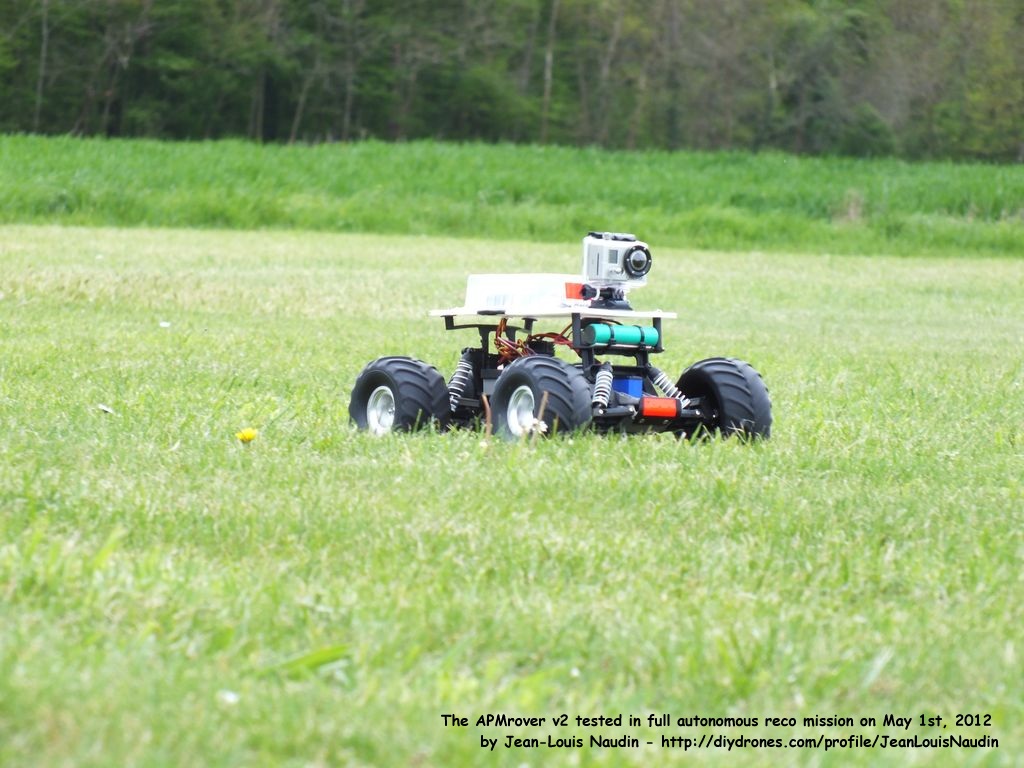 Below the PID setup for the APMrover v1 and v2: Here's how to connect your cables: 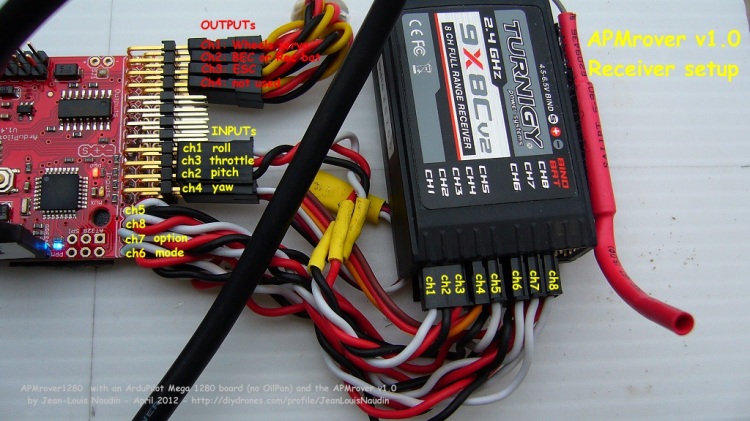 Have Fun and Enjoy with the APMrover...

of 77 Next
This reply was deleted.