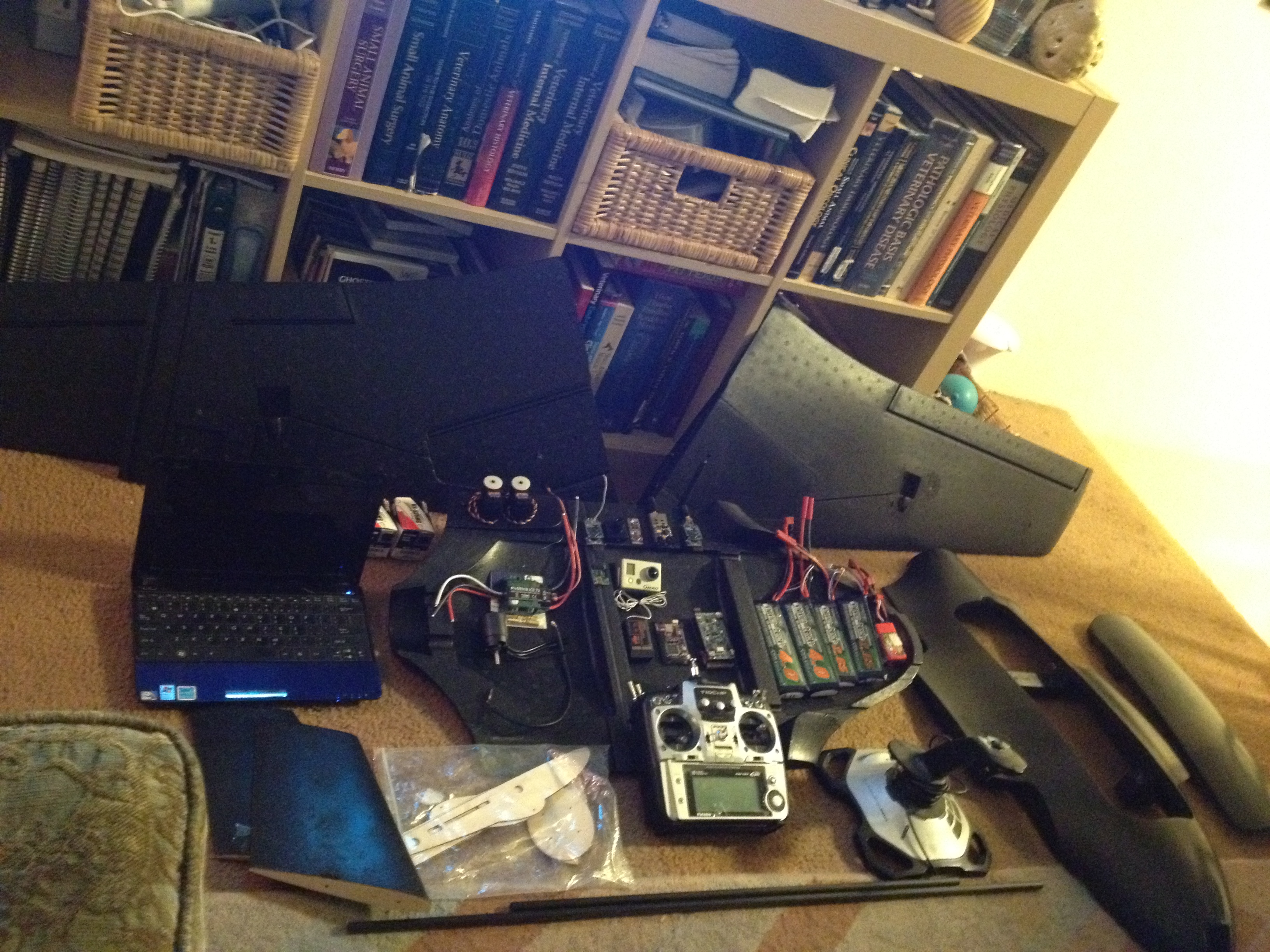 So I have some vacations coming up and already have some quads and a hex I figured I needed a fixed wing to round out my aerial camera fleet. (for now) heh. So I took the plunge and picked myself up an X8 to fill up with electronics. 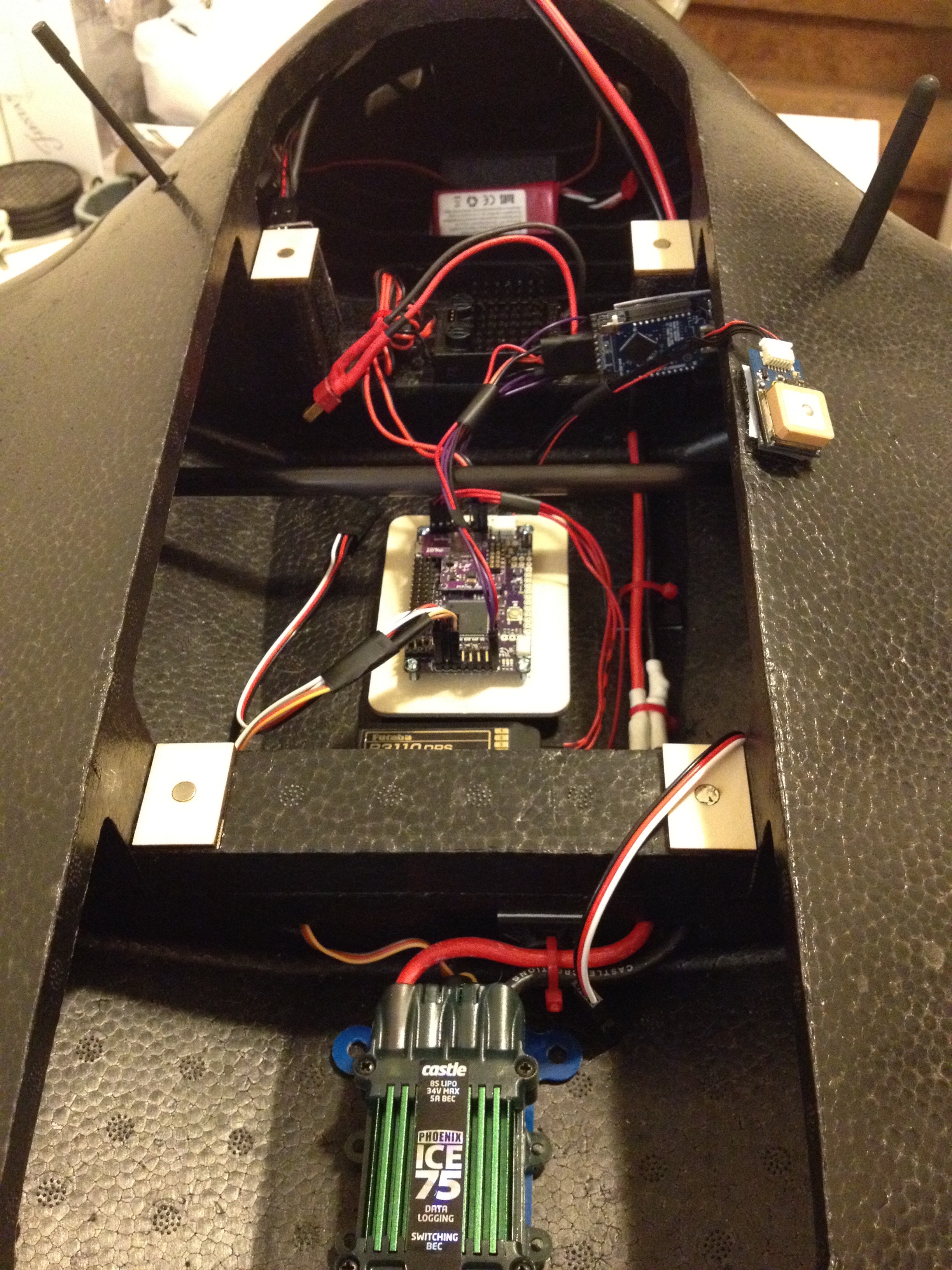 I'm running an ArduPilot Purple, with a Castle 75 esc waiting for Hobbyking to drop of my new Scorpion motor until then I have a 700W max 50Amp local hobby store motor to power the bird. I'm running 1.2 video feeding through MinimOSD with a Sony 720 line mini cam. I have a roll and tilt GoPro mount in the works that I'll post up some pics when I can get some play time on the  router this weekend. Communication is done through a Futaba 10C 72Mhz and some 900Mhz XBees. I've only made a few mods for now like adding a second motor mount plate that bolt through the foam to the outer plate. I made some electronics trays and filled in the lower camera cut out with some foam and Gorilla glue. 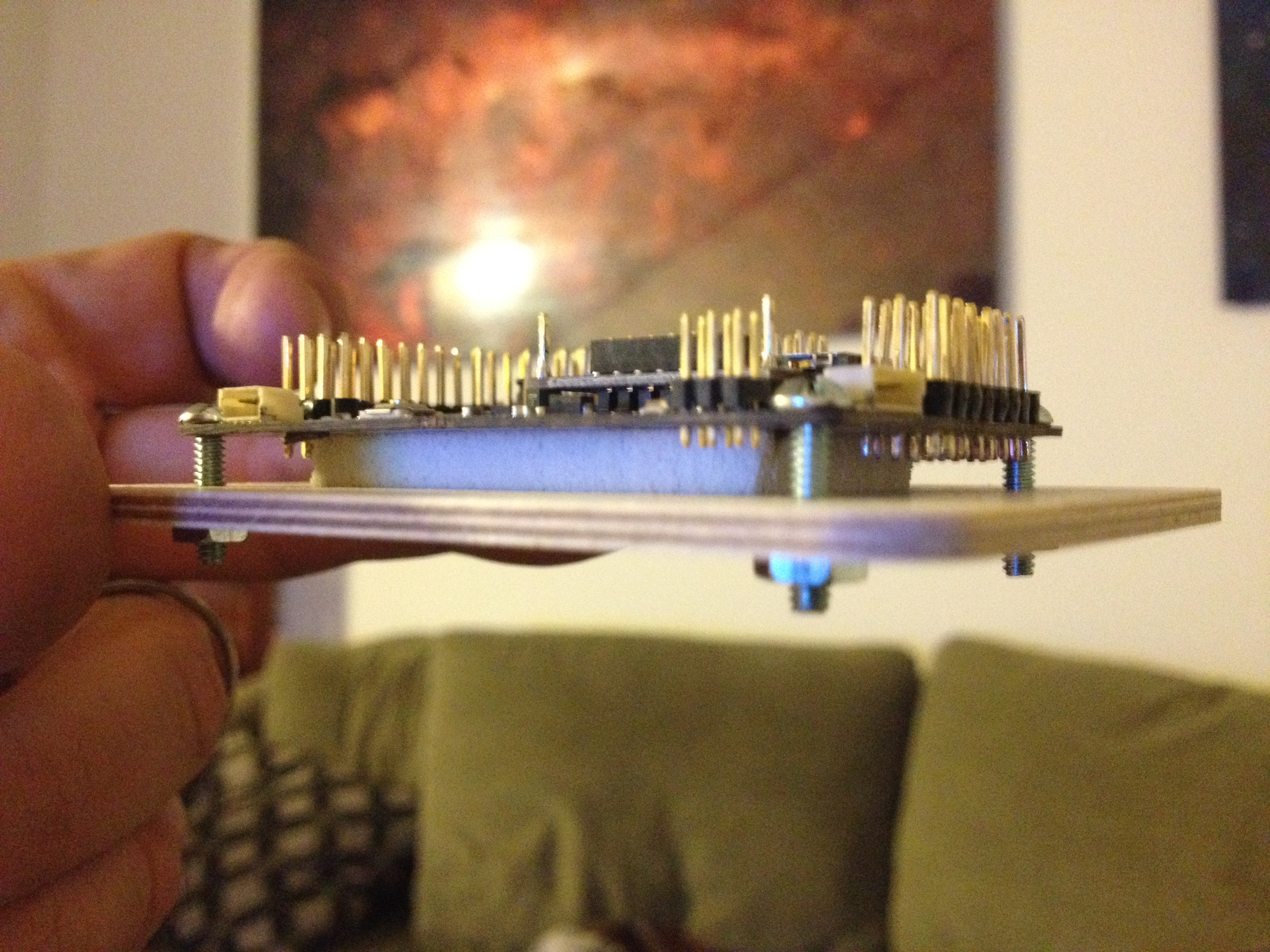 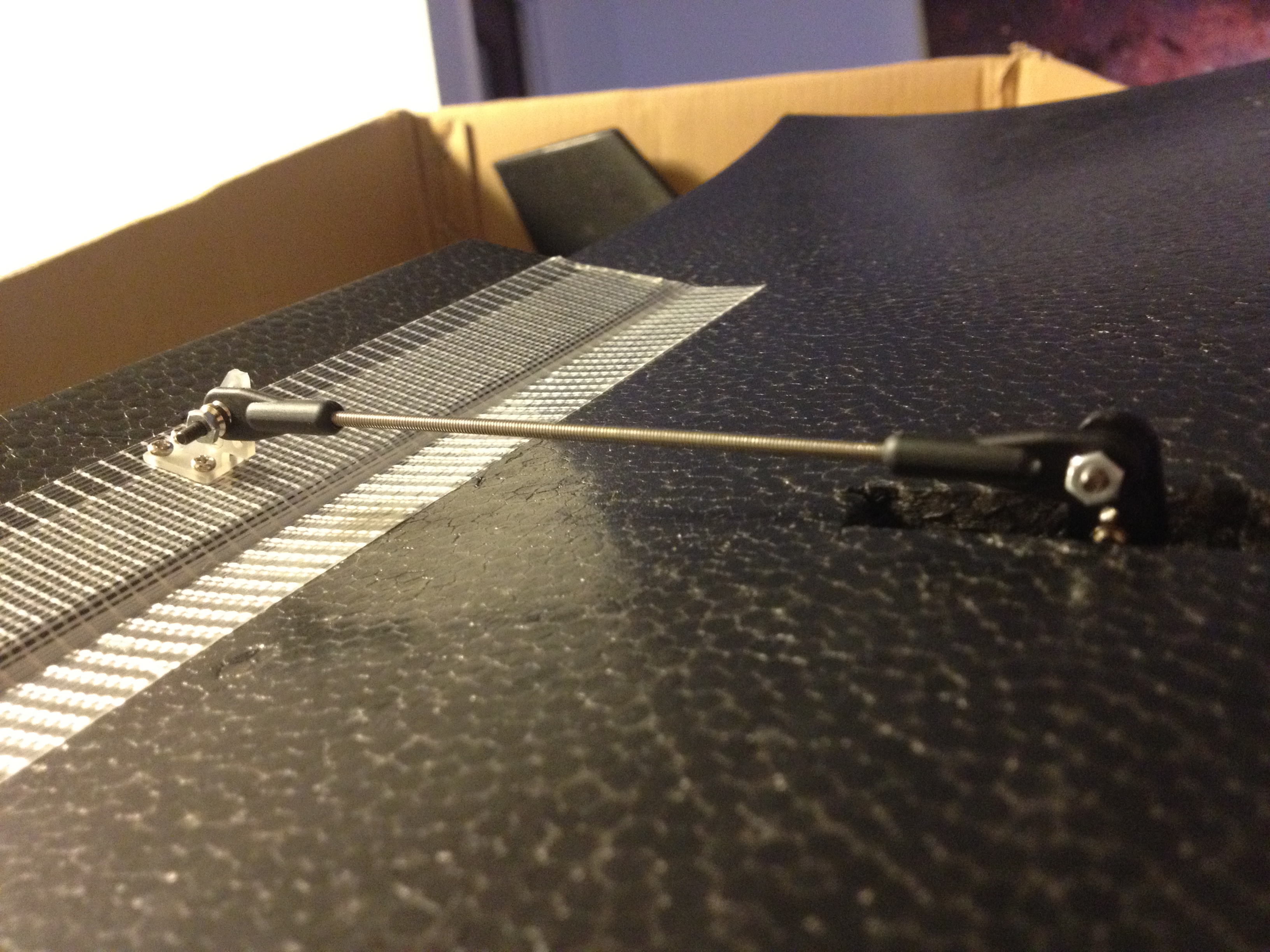 I ended up bringing the control linkage up through the wing, leaving it on the bottom seemed like a bad idea for a belly lander. I have never flown a or built a fixed wing, but I said the same about the multirotors and DIYDrone's gear and community made it simple, awesome and enjoyable. Only crashes were ah-hem user error. So I'm hoping for the same luck with this bird. I do have tons of hours now on RealFlight sim just to make sure I feel comfortable with the controls. That being said any input from from you guys will be greatly appreciated. I'll update this blog as things progress and as I get the camera mount going. But for now heres some more eye candy. Be happy and safe all! 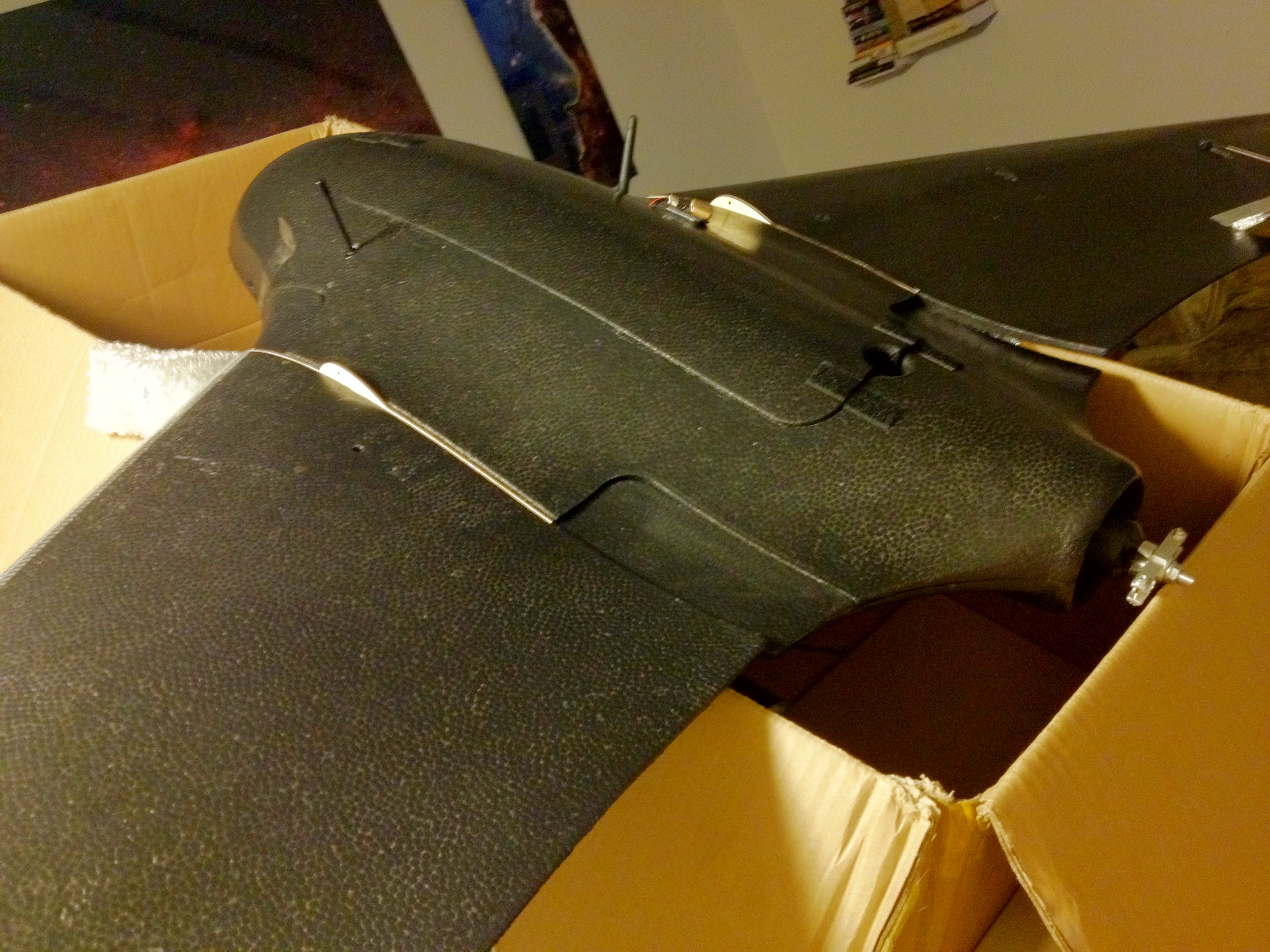 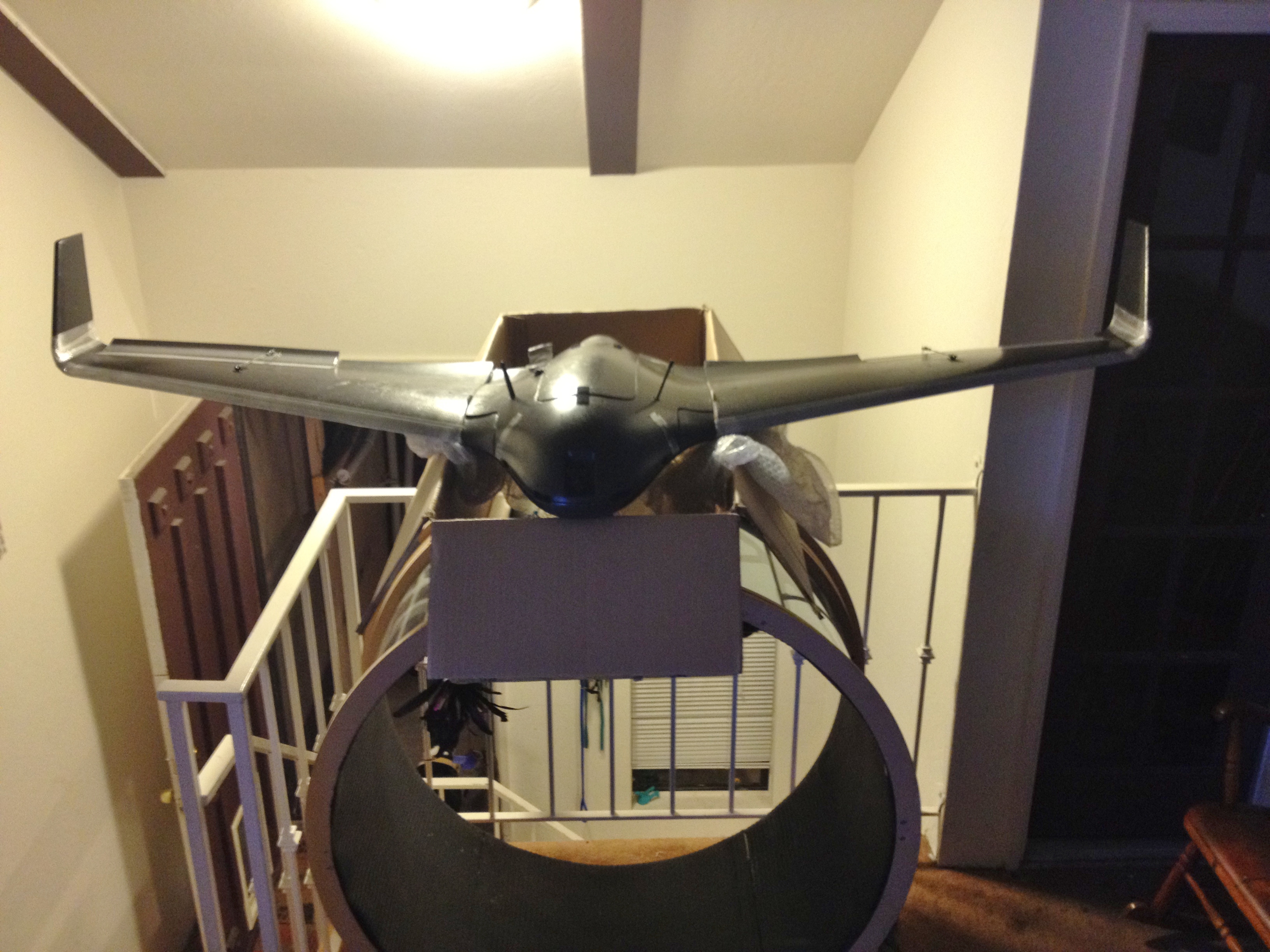