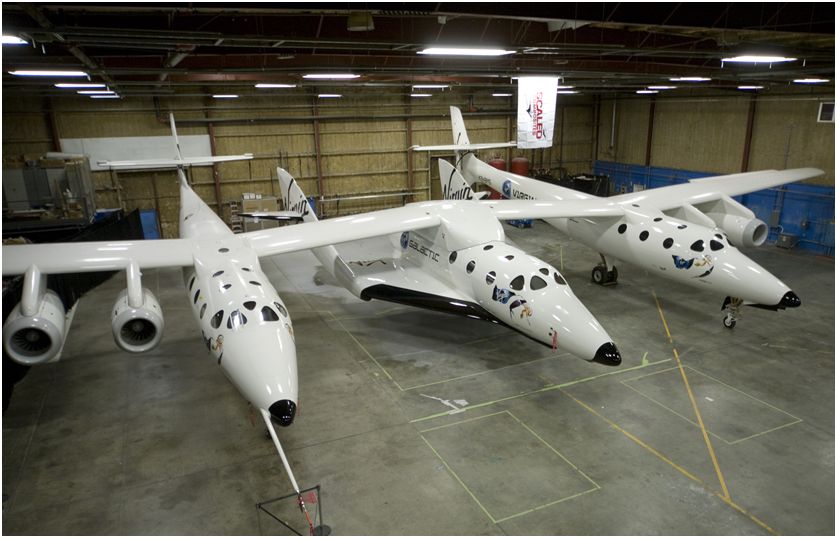 This week, some of the 3D Robotics engineers and I visited Scaled Composites in Mojave, about an hour and half east of Los Angeles, to demo ArduCopter, get a tour of the facilities and talk about the DIY Drones community-driven innovation model with the Scaled engineers. Scaled is famous for being founded by the legendary Burt Rutan (who retired this year), winning the X-Prize for the first civilian mission to space, and for designing SpaceShip Two and its launch aircraft WhiteKnight Two (both shown above), which will be the aircraft used by Virgin Galactic to start the first regularly scheduled space tourism business in a few years.  It is total geek nirvana and the closest thing to the Right Stuff still in operation.

We weren't allowed to take pictures for most of our tour and meetings (we got to see EVERYTHING, including watching the Virgin Galactic pilots train on the awesome room-sized Spaceship Two simulator and poking our heads into Spaceship Two and Whiteknight Two), but here are a few shots we could take: When you approach the Scaled facilities, the first thing you see is the Rotary Rocket, which it made about a decade ago and flew once before funding issues killed the project. Here it is up close. Hard to imagine that two pilots sat in that cockpit while it flew. Brave... 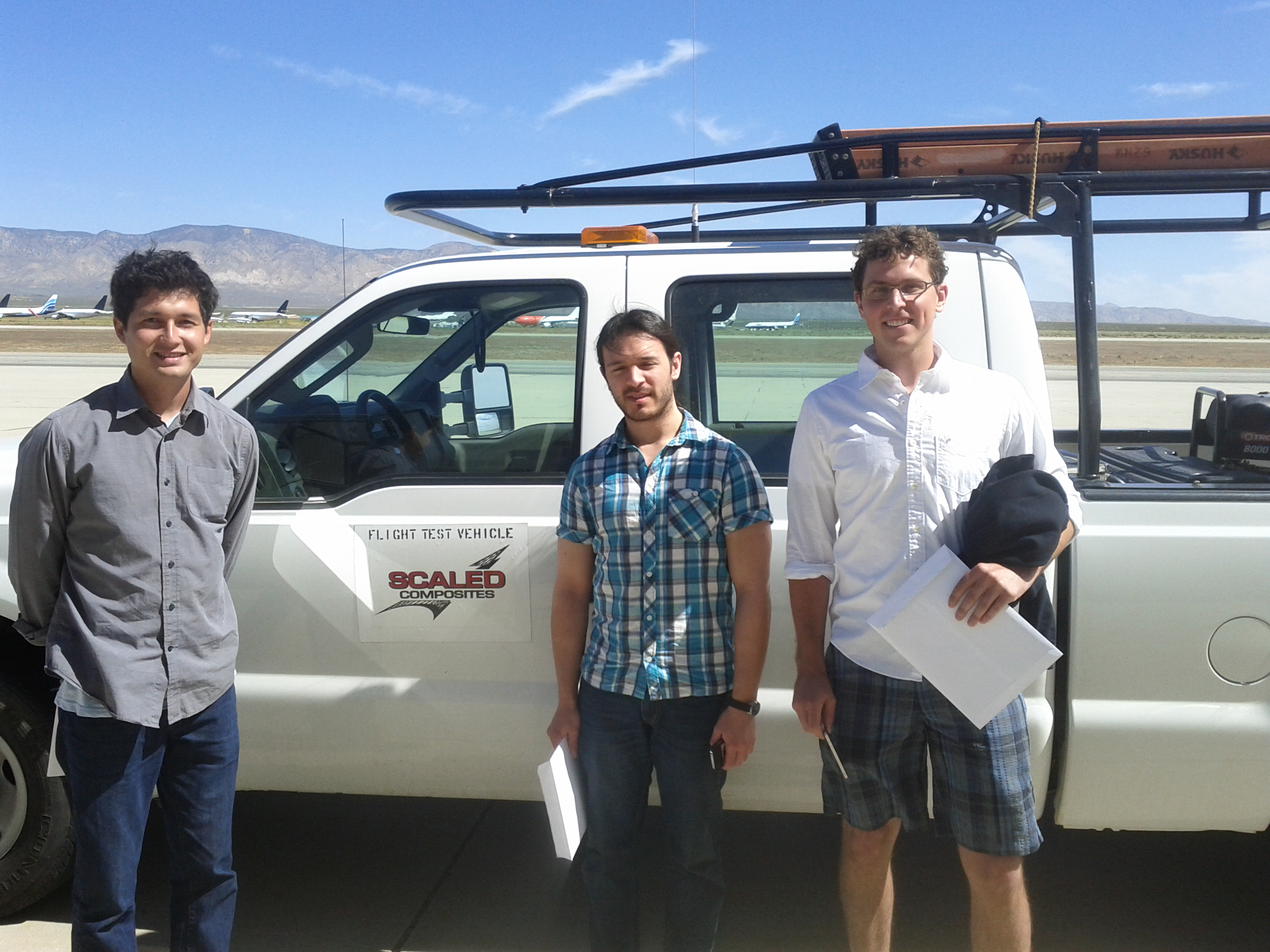 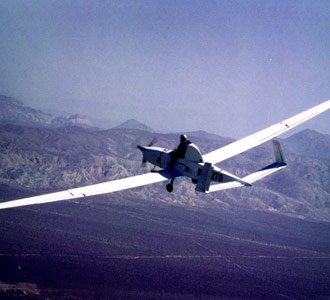 Back in the 1990s, Scaled designed one of their first UAVs, the Raptor. They're mostly a manned aircraft company, so they made it "manned optional".  That meant having the pilot sit outside! Below is a photo of that seat in storage today. Note the stirrups--they had to tie the pilot's feet to the fuselage so the wind didn't blow them out of the straps! 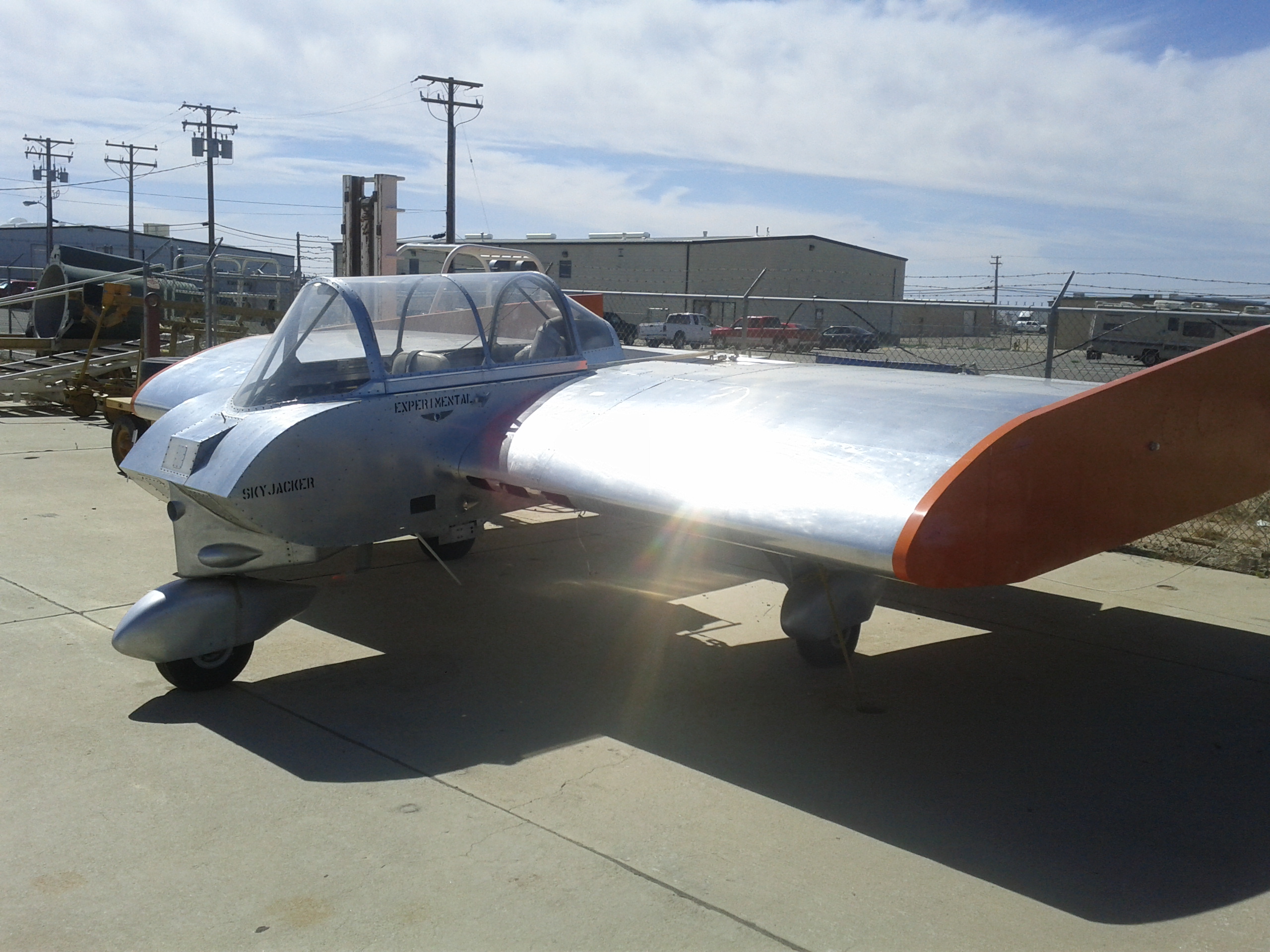 This was a crazy design by one engineer back in the day trying to prove that you didn't need high aspect-ratio wings (long thin ones, like a glider) for efficient flight. He survived, but his theory didn't. 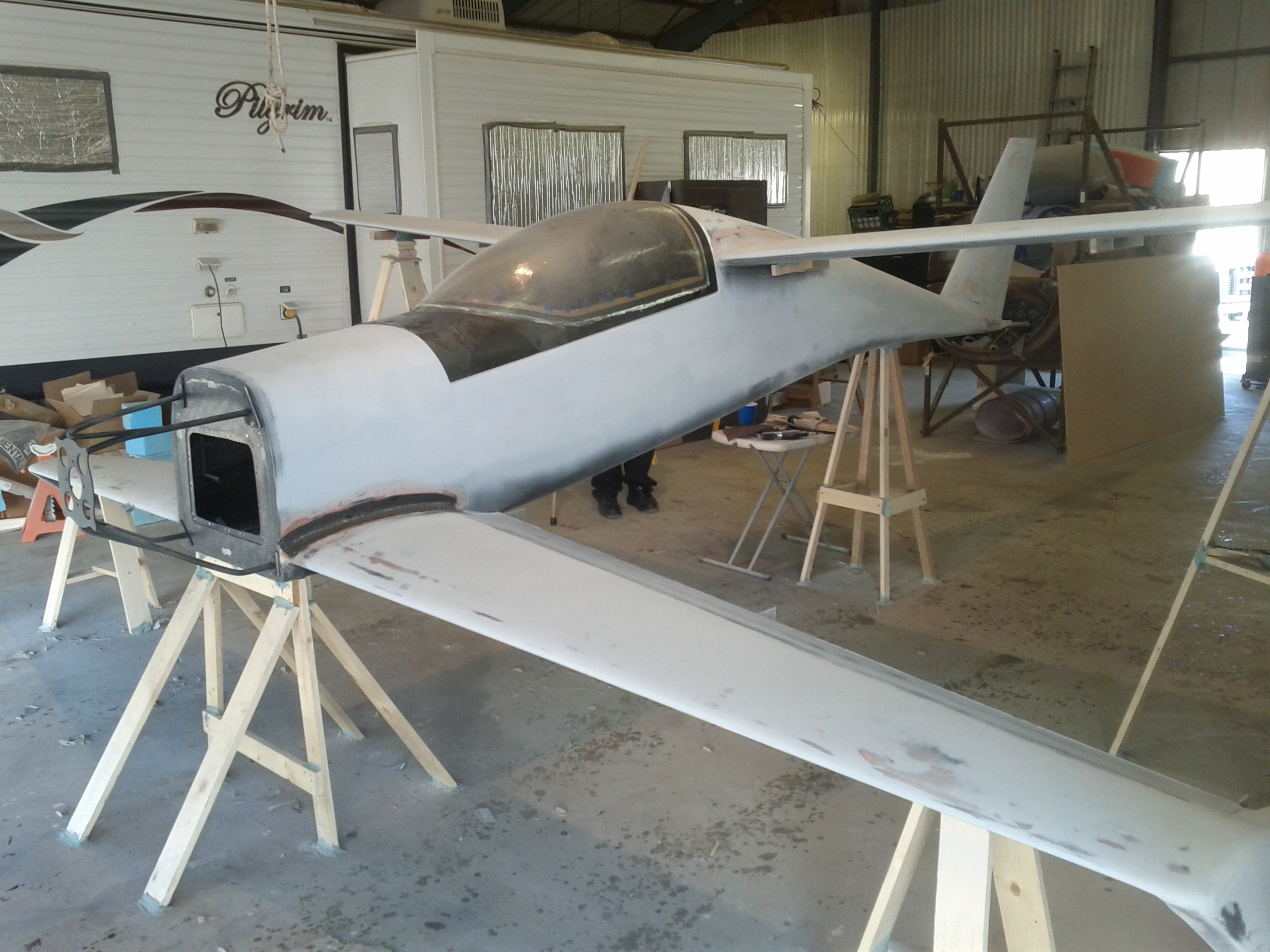 This is a personal project underway by one of the engineers. It's an electric airplane that is designed to set distance and endurance records for manned electric flight. It uses a brushed electric motor (we weren't allowed to photograph it, but it was no larger than a dinner plate) that only generates 20 horsepower. But this design is so efficient, that's enough. BTW, they use a brushed rather than brushless motor because its failure mode is more gentle. As we all know, if something goes wrong with one of the brushless motor wires or the ESC, it's game over--it can destroy itself in seconds. There are fewer things that can wrong with a brushed motor. 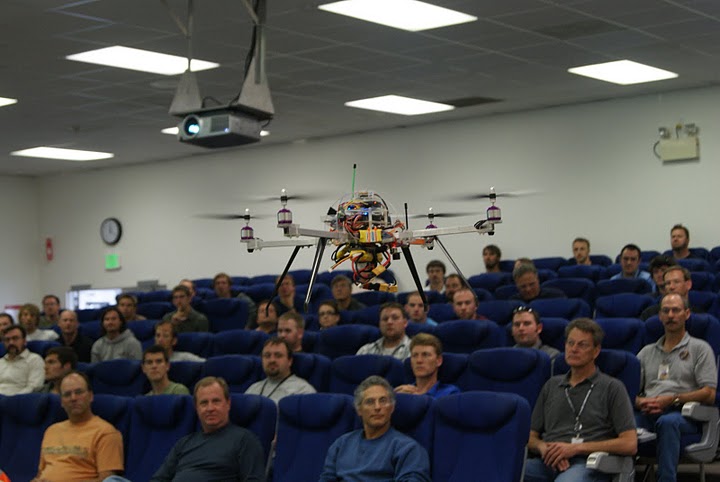 I gave a speech about DIY Drones and open innovation models to some of the engineers. Then Gigio did an indoor demo of ArduCopter. Not a lot of room to fly in there...don't hit the cruise missile! 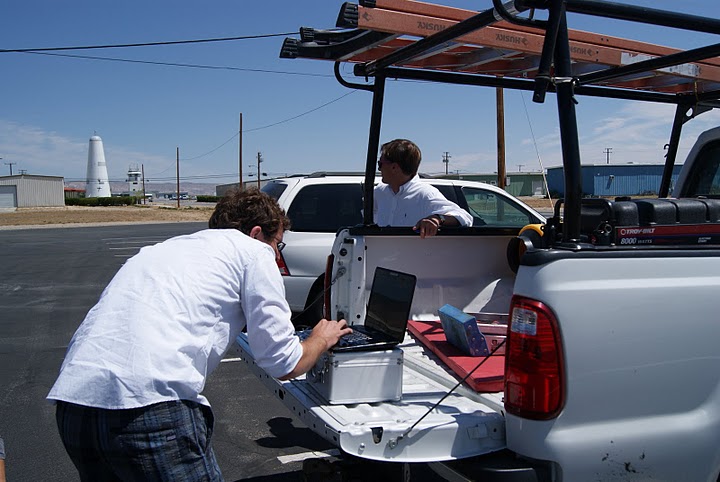 Then it was time for an outdoors demo. The wind was blowing at 28 knots (32 miles per hour)!!! Here, Jeff is setting up the ground station. ArduCopter handled the wind pretty well! But eventually when we put it Loiter mode at higher altitude a crazy gust blew it out of the flight area and Gigio had to take over manual control. Unfortunately it was too far away to see the orientation (sadly he wasn't flying in Simple Mode, which would have made that unnecessary), so he had to put it down in a neighboring field. Copter retrieved, safe and sound!