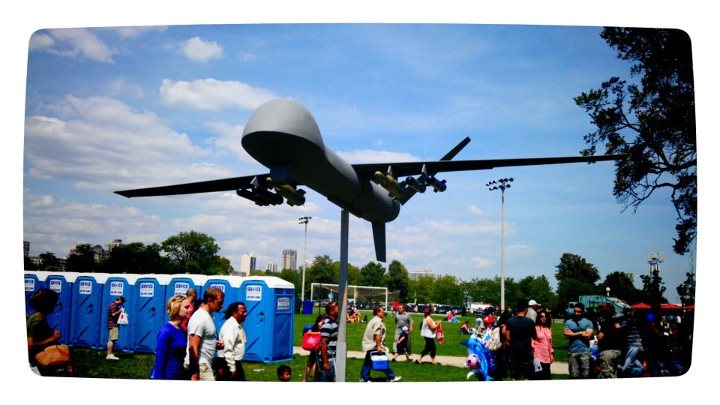 Silly political gestures (banning model airplanes with cameras!) are par for the course in Berkeley, where I live and the 3D Robotics Bay Area offices are located. Thankfully, they usually don't pass or aren't enforced.

Even as the Alameda County Sheriff’s Department considers buying an unmanned aerial vehicle, Berkeley City Council will discuss declaring the city a No Drone Zone.

Arguing that drones are unsafe and pose a threat to civil liberties, Berkeley’s Peace and Justice Commission is recommending that the city council adopt a resolution this month proclaiming:

"1. Berkeley a No Drone Zone and instructing the City Attorney to perform the necessary legal tasks to transform this declaration of a No Drone Zone into an Ordinance for the City of Berkeley wherein drones are hereby banned from airspace.

3. That exemptions will be made for hobbyists to continue to fly remote controlled model aircraft in specified areas, away from dwellings and the urban cityscape of people and buildings as long as those devices are not equipped with any kind of camera or audio surveillance equipment."

It’s not clear what the “legal tasks” establishing Berkeley as a No Drone Zone would be, of if such an ordinance could be enforced. While the Federal Aviation Administration is still drafting the rules that would regulate what the agency calls unmanned aircraft systems, local law enforcement agencies and other institutions across the country are taking steps to acquire and deploy drones.

Earlier this month, Alameda County supervisors opted to examine the merits of a cop-operated drone in more depth before approving the purchase of the $31,000 laptop-sized flying machine the sheriff said he needs.

(image from No Drones Illinois)