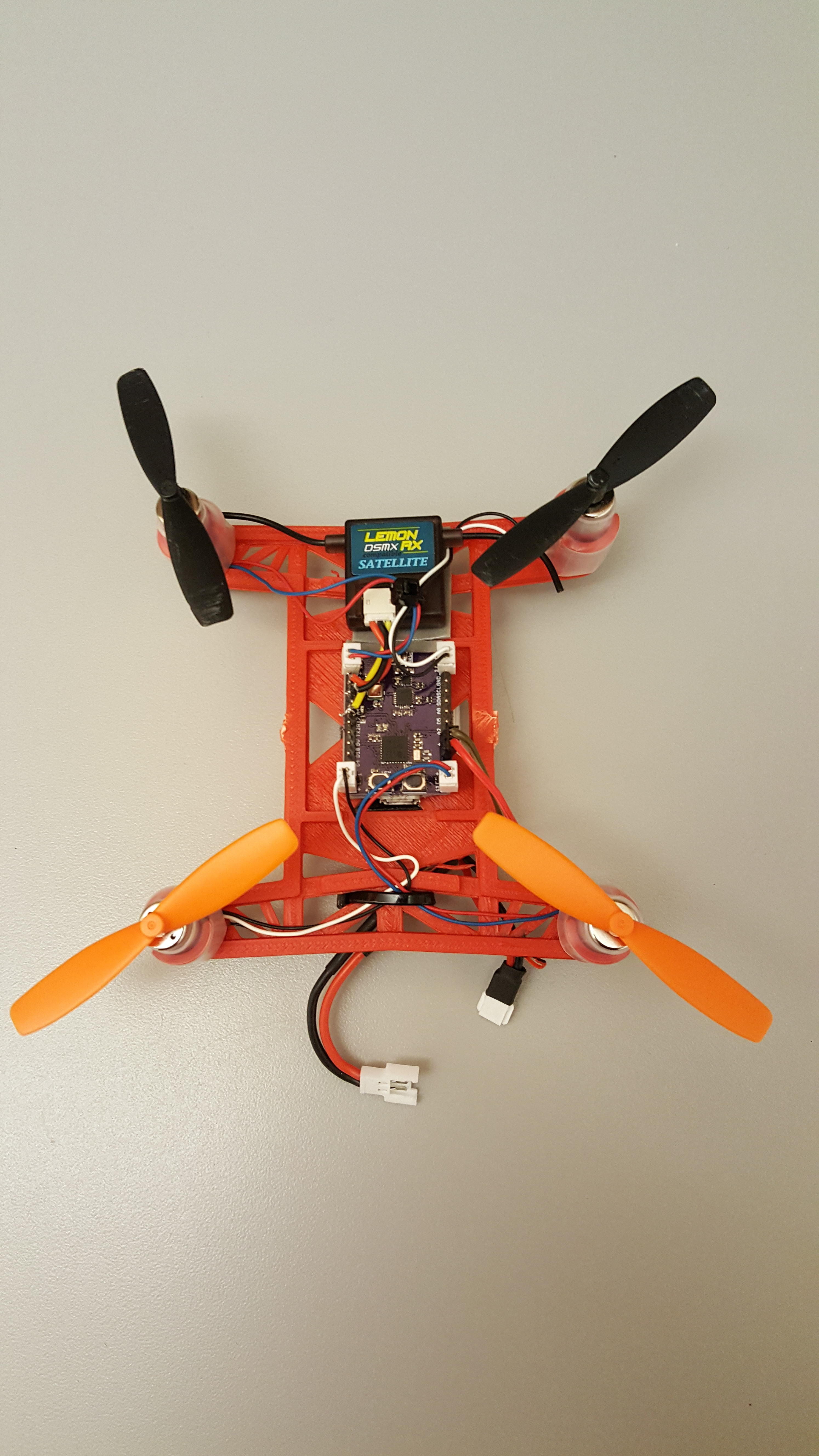 This video shows the Maiden flight of the Arduino-compatible STM32L4 "Ladybug" brushed-motor  flight controller from Pesky Products (enabled by the Arduino STM32L4 package from Grumpy Old Pizza), running my Hackflight firmware (which already runs on a variety of flight controllers, as well as a simulator).  I used a 3DFly frame, Lemon RX satellite receiver, Walkera Devo7E transmitter running DeviationTX firmware, and standard 8.5mm brushed motors for the Hubsan X4 and similar vehicles.

The goal is to have a very inexpensive, state-of-the-art flight controller for nano-scale quadcopters, with a minimalist, object-oriented firmware design (around 1500 lines of C++) that you can program with the Arduino IDE, enabling all sorts of cool projects. The board has pins for I^2C, UART, and GPIO, allowing it to be connected to the new ultra-lightweight, low-power Arduino-ready sensors (like this one).

Instead of a traditional IMU, the board uses an EM7180 SENtral Sensor Fusion coprocessor, which performs much of the work traditionally done by the flight-control firmware. The EM7180 also incorporates a barometer, for altitude estimation. The main processor is an STM32L4, a low-power-consumption ARM Cortex M4 running at 80 MHz, with a Floating-Point-Unit.

The next iteration of this board (currently being built) will feature a standard Spektrum DSM connector for the receiver (which is currently plugged into the RX2 port on the board for convenience until the new iteration arrives).  It should also be possible to use a CPPM receiver on the same connection, with a slight modification to the firmware.  Once the prototype has been tested, I will be looking to produce the assembled boards in bulk, for use by students, researchers, and hobbyists.