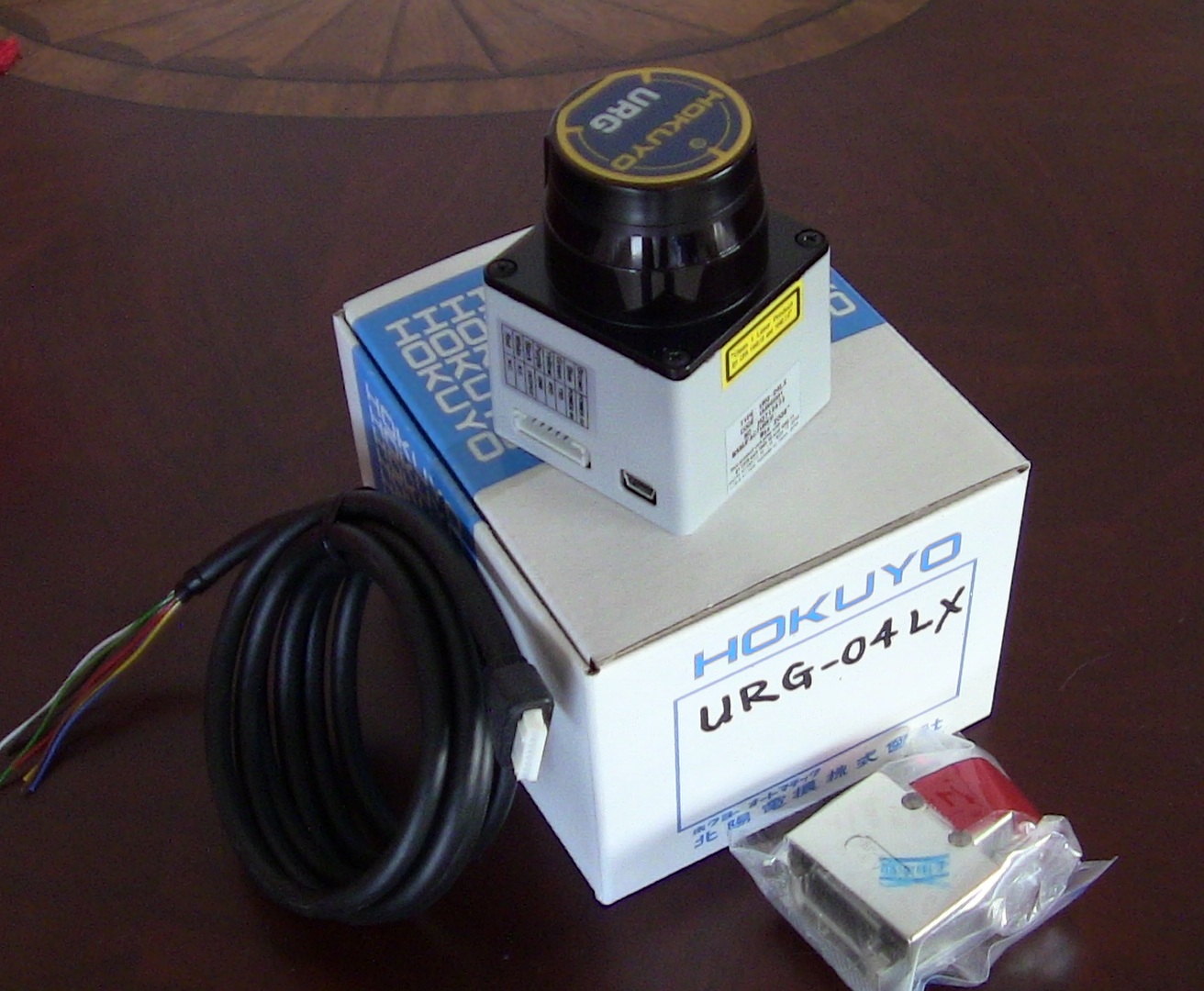 I received a 2D laser range finder from the good people at Hokuyo more than 1 year ago.  My plan was to try to use it to improve ArduCopter's altitude hold or collision avoidance but other priorities have taken up my time and it has ended up sitting in it's box all that time occasionally making me feel guilty so I'm giving it away!

It's a fairly expensive sensor I believe (>$1200), beyond what most people are willing to spend for a diy project but universities seem to use them regularly.  Some specifications which can also be found here:

completes a full scan in 0.1 seconds

Ideally I'd like it to go to someone who can do the following:

By the way, this free sensor comes with free advice from me to help you overcome any code problems you face.

So if you're interested in this sensor please email or PM me and if you've got a better idea of how to use it than what I've written above that's also great!

I imagine a few people will want this sensor and I only have one so apologies in advance for those deserving people that I might not choose!