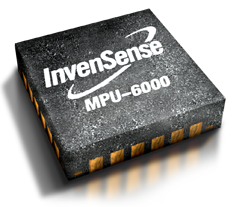 This processor, called the Digital Motion Processor (DMP), has been in the APM 2.x sensors from the beginning, but we weren't using it because Invensense had not specifically allowed their driver to be distributed with open source software. However, after much discussion, they have now written a licence that allows this.

You can get it on the Invensense Developers Corner here. (You'll have to register first). I'm not a lawyer, so I won't attempt to analyze the language to see if there are any holes in it, but the Invensense developer relations managers and their legal team wrote it with projects like ArduPlane/Copter in mind, and they've assured me that we now have the green light to use the DMP code. (The agreement specifies the MPU-6050, which is the I2C version of the chip, but that includes the MPU-6000, which is the SPI version that we use).

The Ardu* dev team is hard at work at implementing the DMP code in the ArduCopter/Plane code and we hope to have that ready for the next release. It will probably give you a choice of using the current DCM, running on the main processor, or the DMP running on the MPU-6000, freeing up a good bit of processing power for other functions.

We have not done a rigorous test of the DMP vs the DCM, so we can't yet say that one is better than the other. But this licence now allows us give people the option of trying it, and if it perorms better than the DCM, or just as well but freeing up computational power, we can switch to it going forward.