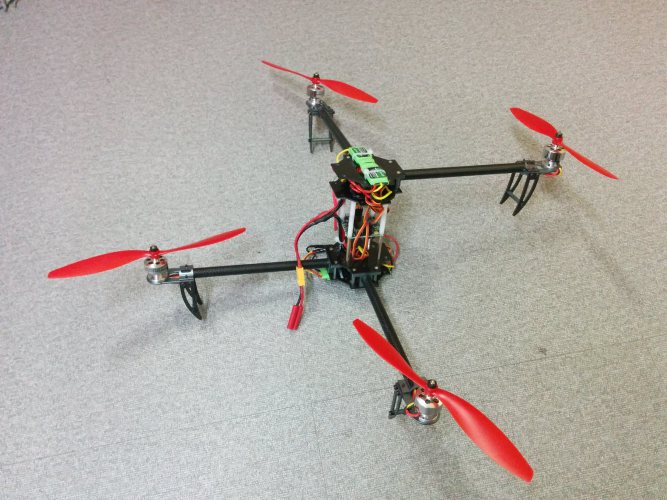 This project started out as an experiment. Most multirotors have their rotors in a planar configuration. I noticed this is mostly true even when the props are titled in racing quads. (which is actually unnecessary). The idea is that if the moment arms do not change, standard flight controllers should be able to control non-planar shaped quadrotors as long as the control board is mounted near the center of gravity. I decided to try the idea out and it turns out it is able to fly pretty well.

Quadrotors control their attitude using thrust generated from each rotor on the arms. The torque which control the attitude can be calculated as the picture below.
Moving the rotors along the z axis of the quad does not change the moment arm which results in the same amount of torque. The moment of inertia may increase due to the displacement of the motors(further out from the center of gravity) but this can be controlled with a little more of P gain in the controller. 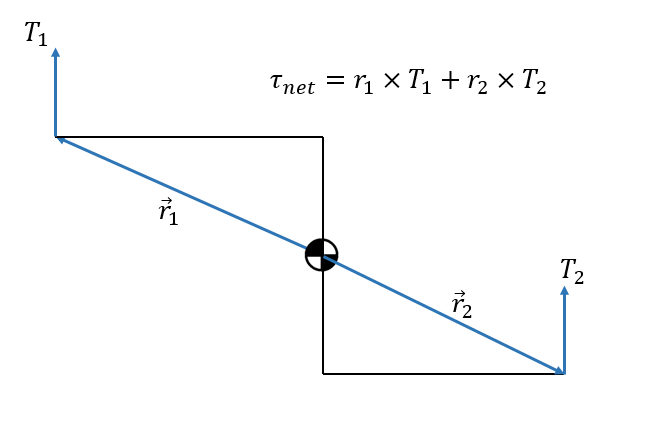 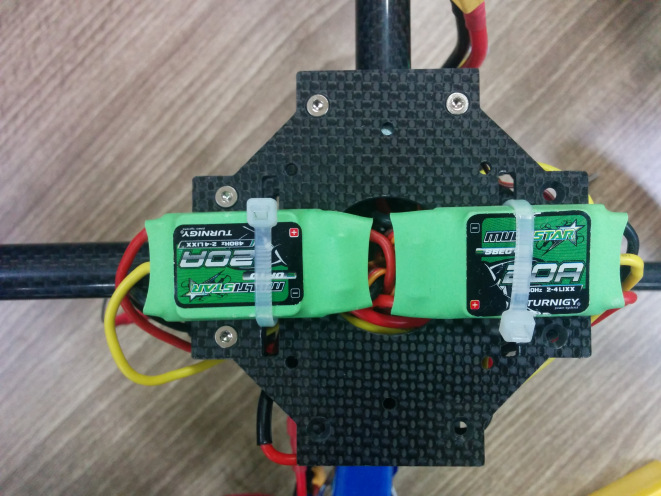 ESCs are mounted on different plates. I tied mounting everything symmetrically to prevent it from messing up the inertial moments. I am so excited what I can do with this quad!