SPRINGFIELD, Ohio (AP) — A man is facing charges after deputies say he was flying a video camera-equipped drone that hindered the landing of a medical helicopter at an accident scene.

Kele Stanley, of Springfield, said he’s been unfairly charged and would have landed it immediately if he knew the medical helicopter was en route.

The hobbyist was flying the $4,000 drone over a crash scene on Saturday morning to shoot photos and video.

Authorities said both fire officials and a Clark County sheriff’s deputy told Stanley to stop flying his remote-controlled aircraft because the helicopter was preparing to land, and that he refused. The helicopter was able to land and depart safely from the scene.

Stanley is facing a felony charge of obstructing official business and misdemeanor charges of misconduct at an emergency and disorderly conduct. He pleaded not guilty during a court appearance Monday and said he’s going to hire a lawyer to fight the charges.

Stanley, a 31-year-old copy-machine repairman and videographer, said he flew his remote-controlled “hexacopter” about 75 feet above where a pickup had hit a tree in Moorefield Township near Springfield. He said he was shooting the video as a hobby and would have turned it over to local television stations, as he has done before.

There currently are no regulations in Ohio governing private use of the unmanned aircraft, although law enforcement agencies must get special permits to use them. The Federal Aviation Administration bars the commercial use of drones. 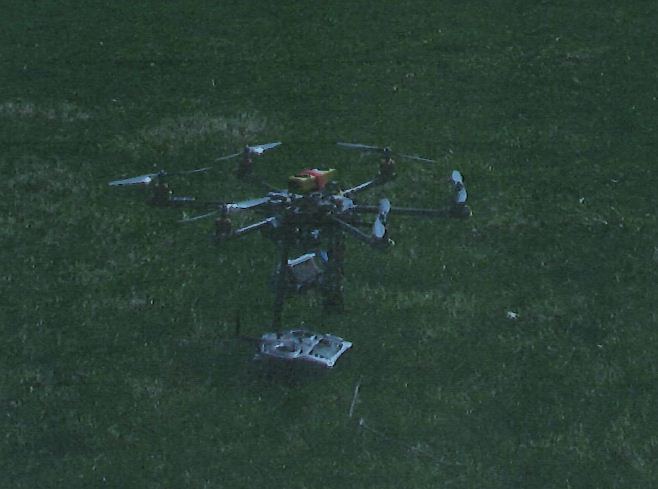