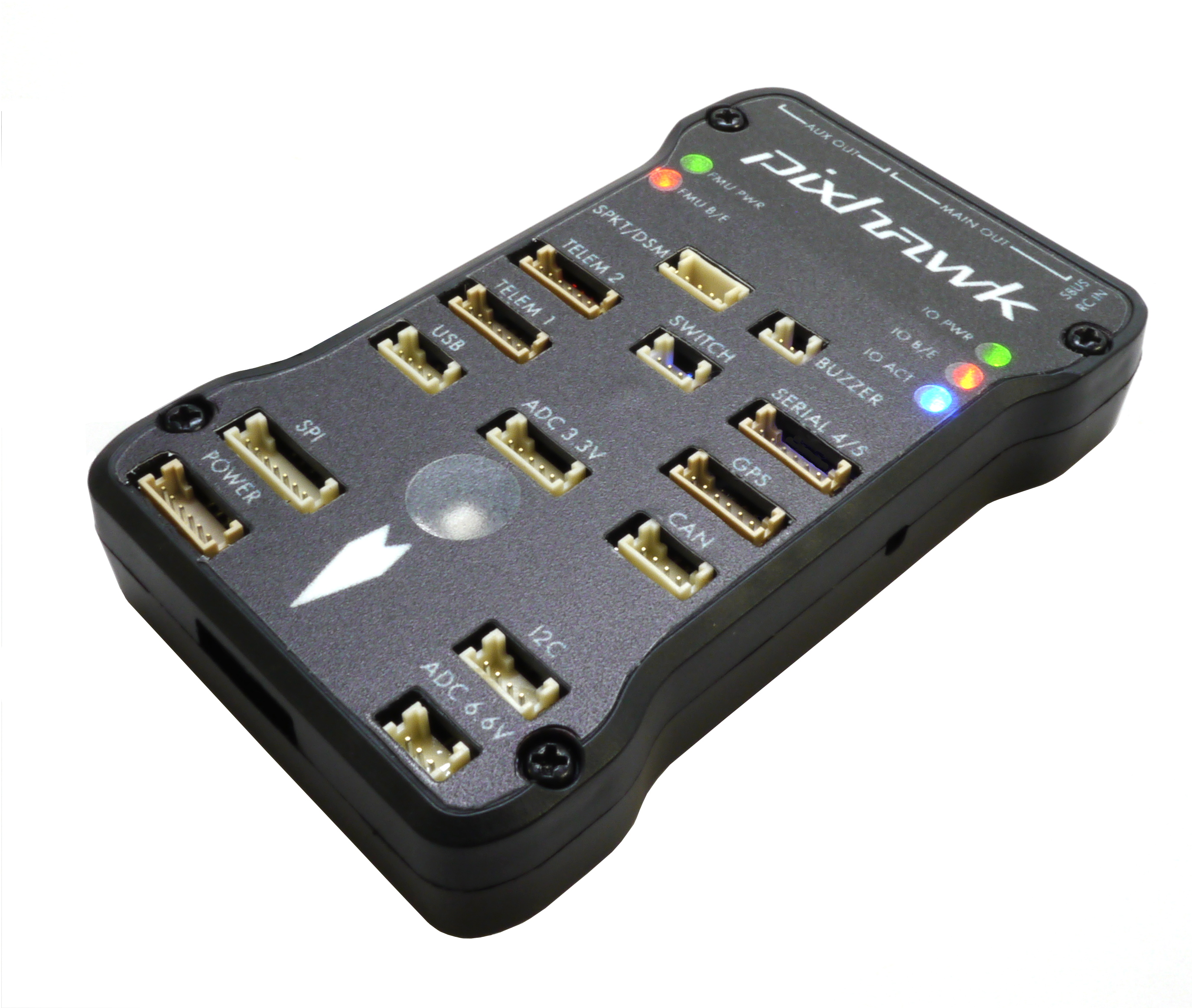 Almost exactly one year after the first PX4 announcement, we would like to introduce our newest member of the family, Pixhawk! For those familiar with the existing PX4 electronics, it is the all-in-one board combining PX4FMU + PX4IO, combined with a processor and sensor update and a number of new features. The current board revisions will however remain in full service and active development and are fully compatible. Pixhawk is designed for improved ease of use and reliability while offering unprecedented safety features compared to existing solutions.

Pixhawk is designed by the PX4 open hardware project and manufactured by 3D Robotics. It features the latest processor and sensor technology from ST Microelectronics which delivers incredible performance and reliability at low price points.

The flexible PX4 middleware running on the NuttX Real-Time Operating System brings multithreading and the convenience of a Unix / Linux like programming environment to the open source autopilot domain, while the custom PX4 driver layer ensures tight timing. These facilities and additional headroom on RAM and flash will allow Pixhawk the addition of completely new functionalities like programmatic scripting of autopilot operations.

The PX4 project offers its own complete flight control stack, and projects such as APM:Copter and APM:Plane have ported their software to run as flight control applications. This allows existing APM users to seamlessly transition to the new Pixhawk hardware and lowers the barriers to entry for new users to participate in the exciting world of autonomous vehicles.

The flagship Pixhawk module will be accompanied by new peripheral options, including a digital airspeed sensor, support for an external multi-color LED indicator and an external magnetometer. All peripherals are automatically detected and configured.

This announcement is a service to our users and developers to allow them to plan their hardware roadmaps in time, and to show what we're currently working on. The board will not be immediately available, but 3D Robotics is taking pre-orders for Pixhawk now, and will begin shipping in late October [Update 11/11: the current expected ship date is late Nov]. The price is $199.99.

First Previous of 50 Next
This reply was deleted.