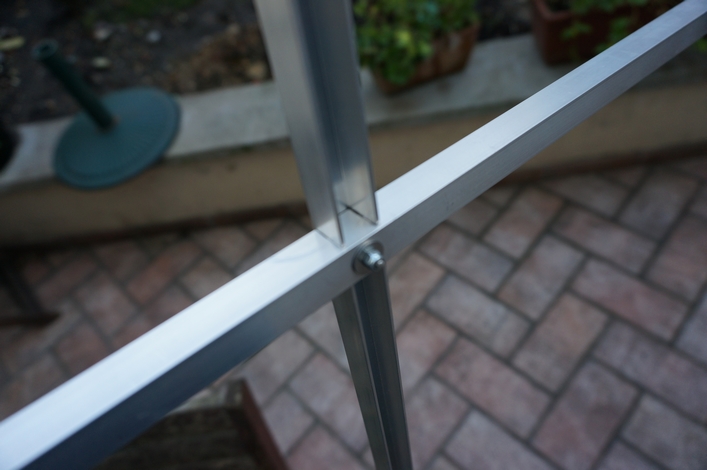 Here is a short build log of a new quad frame design. I had three objectives:

1-Reduce vibrations. We are all striving to reduce vibrations in our multicopters especially if we want to use ardupilot and make nice stable FPV, pictures or movies.

2-Make it light, but strong enough to embark fpv and small AP cameras,

3-I am tired of the classic sandwich center plates design we find in all multicopters, consisting of two center plates holding the arms by compression. Not only this compression design is heavy but it also transmits vibrations by design to the plates carrying electronics and cameras/gimbals.

I also liked the idea Forrest Frantz used in his light tube construction, where there are no center plates, just two carbon booms crossing.

I did not have any carbon tubes in my basement but I had U shaped aluminium booms. Then came this design idea : let's avoid the center plates by crossing the two U shapes booms. This is done simply by sawing four slots that are as wide as the U side's thickness and half the U side's height in length. In such a way the two booms "merge together" as shown in the picture, as if I had an aluminium cross in one single piece.

To reinforce the cross I added a screw and bolt at the center. The result is a perfectly rectanguler cross, very rigid and light.

Next : to prepare where the motors will be placed. The objective is to make a platform up to 10 inch propellers that will not blow on the suspended electronics platform. Therefore I hired my son to cut 10 inches disks: 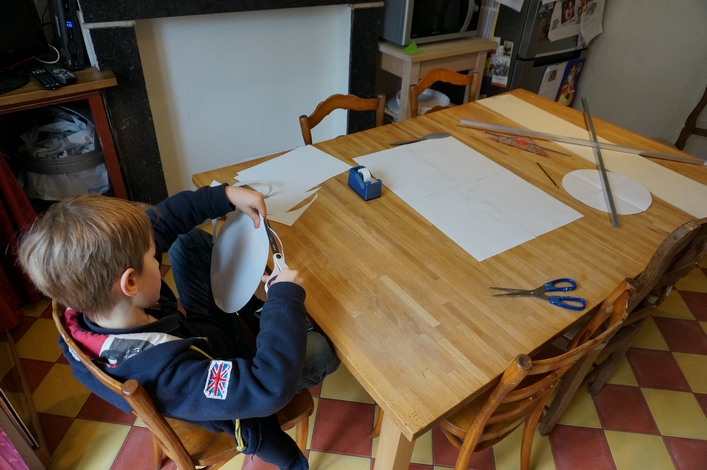 The paper cut disks allowed me to match the propeller space with the suspended plate to be cut in the birch wood piece: 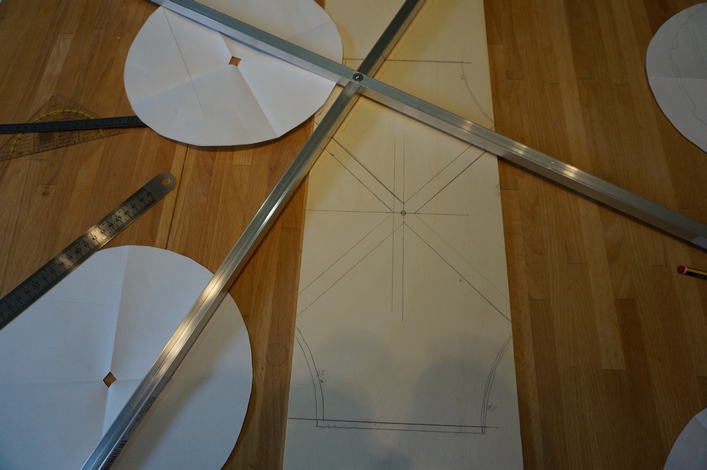 After positionning the paper disks, I drew the shape of the center plate carefully, checking everything is squared. An X quadcopter is assumed here.

Afterwards, the center shape was cut and put aside. No holes were yet drilled as first the suspension system had to be designed and placed on the aluminium booms.

I used anti-vibration dampers from Secraft. They are very nicely designed as have silicon rings in two perpendicular directions (unlike the expensive cinestar similar system). 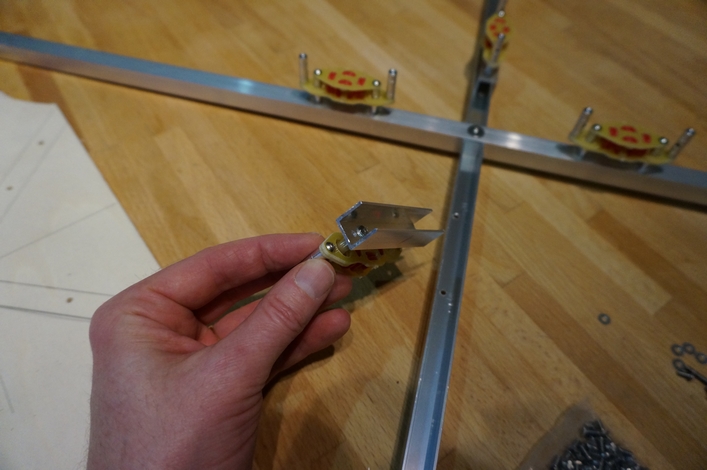 The challenge here is to hang these Secraft dampers so that the plate will be leveled. However with the way I mounted the two booms, I had the issue of having two flat arm sides facing down and two arms with the U opening facing down. To solve this I cut a piece of boom (at least the length of the Secraft damper, about 7 cm) and screw it upside down as shown in picture below: And it looks like this once everything is screwed on: At this stage the birch plate, as seen on picture, is cut. We place the plate beneath the cross to mark the holes that need to be drilled. This way we are sure to get it right (by measurement you are always off due to errors and/or imprecisions during the build) 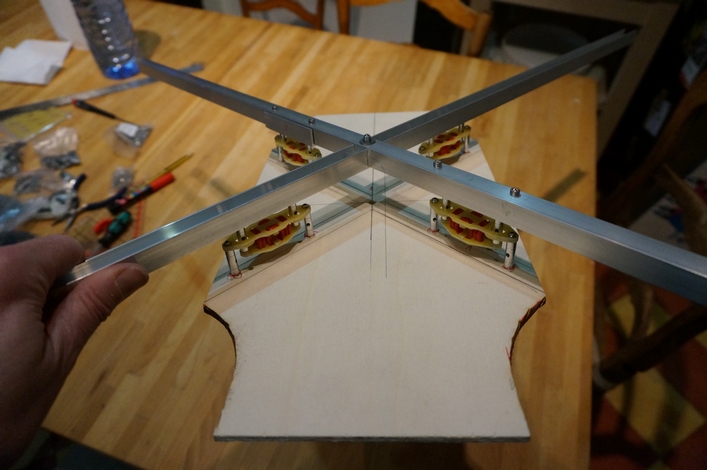 Here is the final result: This system provides an isolated mount plate to carry everything :  APM, cameras and all of the electronics in total isolation from the vibrations sources (motors/arms).

It gives enough rigidity not to confuse APM's sensors but provides still enough dampening. I was surprised how the dampening is not too soft. If needed there is even the possibility to replace the red soft silicon rings by the harder black ones from Secraft.

Thus far the total weight is: 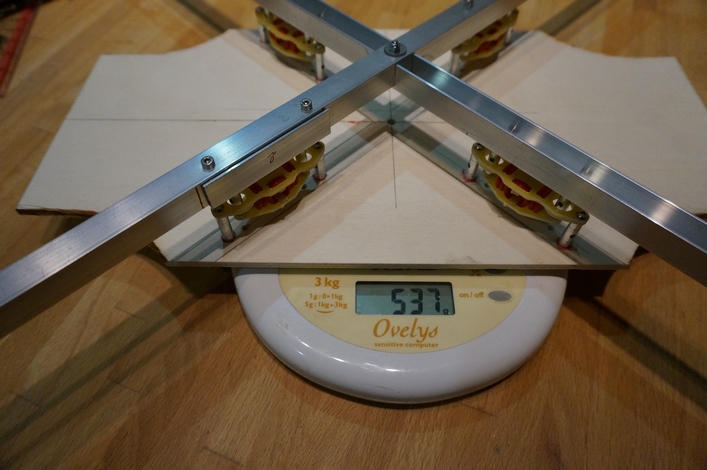 =537grams. So adding 150g of APM+electronics, 80 grams of ESCs, 400 grams of motors and props, I should be around 1kg without battery,  for a 40 cm motor-to-motor quadcopter, with I expect excellent vibrations dampening results.

I must now order some motors and ESCs after a few simulations on eCalc.

Any suggestions for a 40 cm quadcopter motor/props combination ? (max prop 10/11 inch). I could use the classic 3DRobotics 800KV/10 inch APC. But It would be nice to use maybe lower RPM if the weight is low enough.