The Computer Vision and Geometry Lab of ETH Zurich (Swiss Federal Institute of Technology) might be in this community mostly known for Pixhawk and PX4, but our research focus is in fact 3D reconstruction, which means to create 3D models from 2D images (mostly, but we also use RGB-D cameras).

To reconstruct an object, the user takes a number of images from different viewpoints around the object and the 3D points will be rendered as they have been measured over multiple images, iteratively building the complete 3D model. Use cases include culturage heritage (like the objects shown in the video), building 3D photos / statuettes of your family or even reconstructing a couch (or a heating system) to see the if the furniture fits your living room or the heating appliance fits your basement. 3D reconstructions will become as usual as 2D pictures are today.

The novelty in what we presented now for the first time publicly at the International Conference on Computer Vision in Sydney, Australia lies in that the 3D model is created interactively directly on the phone, allowing the user to intuitively understand if he has acquired enough and the right images from enough viewpoints to create a complete 3D model. The previous state of the art required to take images, upload them to a server and only get a 3D model back many minutes later. We still can leverage the cloud computing power to refine the model obtained on the phone.

It can be compared to the move from analog to digital photography: A digital camera allows to preview how the image looks while (or shortly after) taking it, as does our approach. The previous state of the art meant to take images and only get the result back later, potentially after having left the scene and not being able to take a better picture or adjust the viewpoint.

These results are highly relevant for sUAS / micro air vehicles, because the processing boards available for these small platforms use the same type of processors as mobile phones. Because our technology also provides camera position feedback (suitable to steer the aircraft without GPS at a rate of 20-50 Hz and ~20-100 ms latency) it can be used to autonomously reconstruct larger objects. While vision based flight has been demonstrated earlier successfully (e.g. by our group or our colleagues from ASL), the results obtained on the mobile phone add a dense 3D point cloud (allowing things like terrain following and autonomous waypoint planning around the object) and add very efficient processing on top. We do plan to leverage both normal cameras and RGB-D cameras as they become available in small form factors.

The app is at this point a technology demo and not available for download. Our intent is however to bring a demo version of it into end-users hands as soon as possible, but we can't provide a date yet. 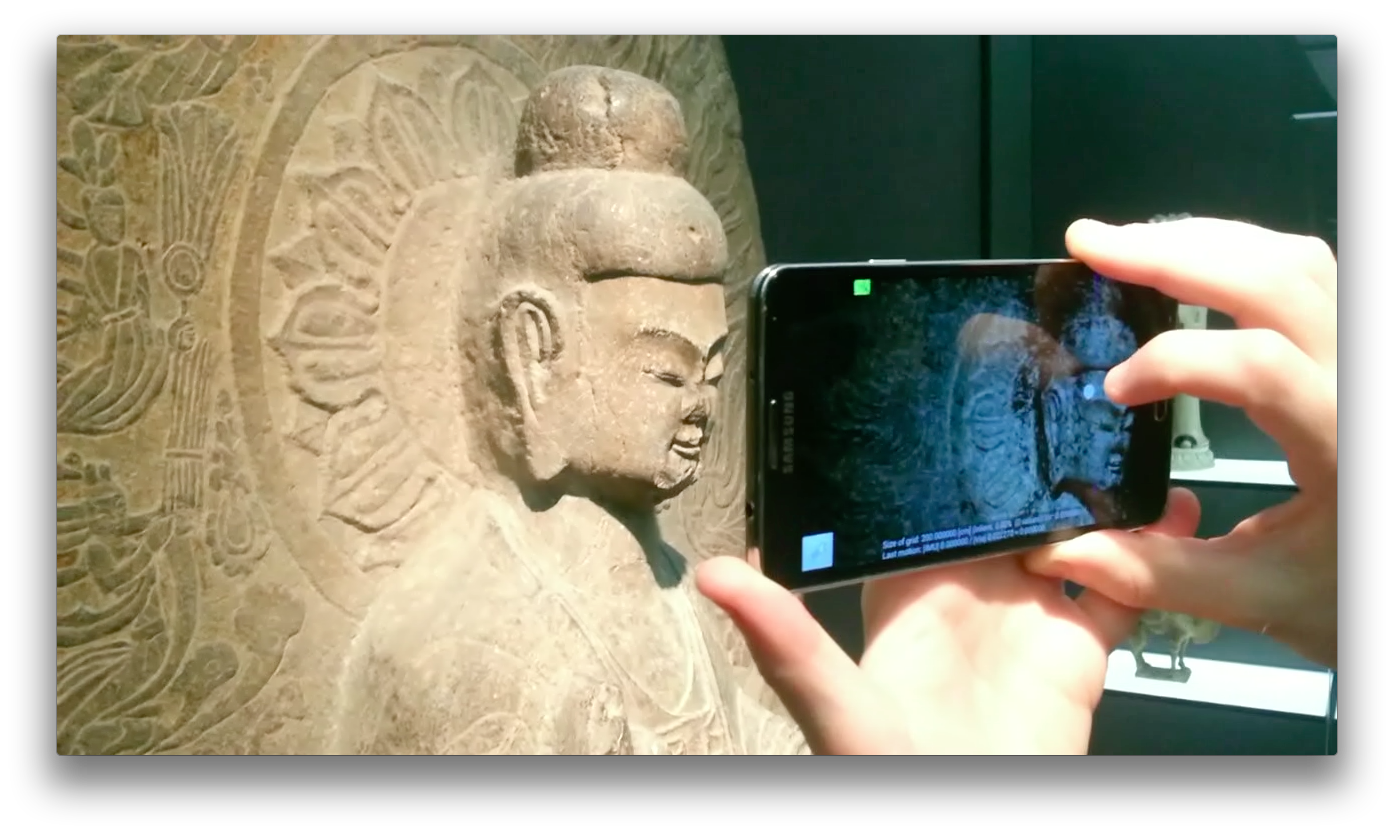